Tennis fans on social media were left furious at the BBC after the broadcaster cut away from Andy Murray’s clash with John Isner at Wimbledon just before the first point – leaving supporters briefly unable to watch the British legend on terrestrial television.

The BBC had built up to Murray’s match on BBC1 but had to switch from the coverage of the Championships to the six o’clock news.

With British number one Cameron Norrie’s match against Jaume Munar on BBC2, the BBC iPlayer was, for a short time, the only place fans could see Murray take on Isner.

Even legendary anchor Sue Barker was caught by surprise. ‘I never thought these words would ever leave my mouth, but Andy Murray is going to start this match on the iPlayer,’ she said. ‘I know, shock horror. Tim [Henman] can’t believe it!’

But the BBC caught a lucky break as Norrie quickly wrapped up his five-set win over Munar, allowing the broadcaster to put Murray’s match on BBC2 – although they missed the first few points.

Fans had already taken to social media to complain about the BBC’s coverage, with their switching of channels a regular bugbear for those tuning into the famous Grand Slam. 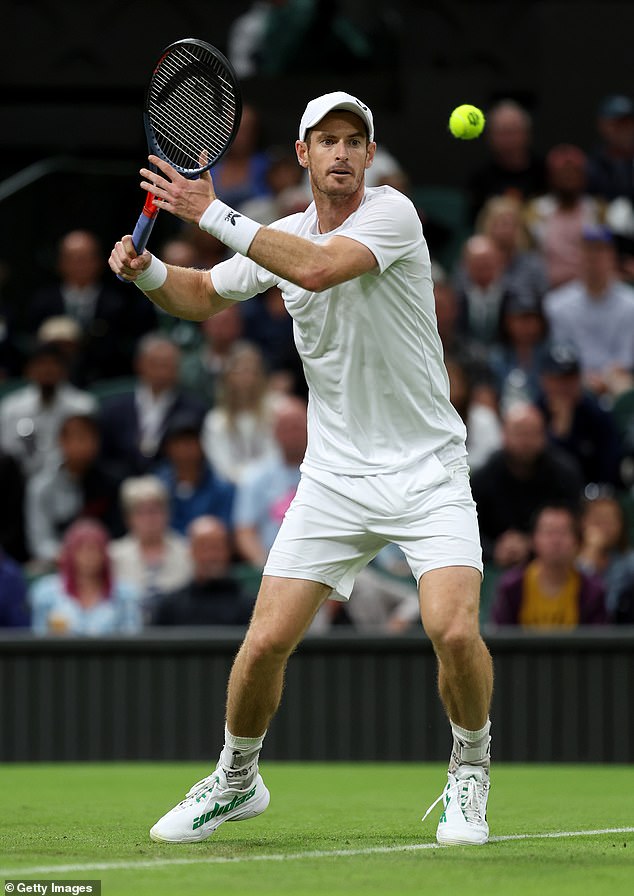 Another said: ‘Sit down to watch the tennis , an they have just said Andy Murray is on bbc iplayer until other match finishes , go an take a #### to urself bbc disgrace.’

A third blasted the constant channel-changing by the BBC when it shows action from the All-England Club.

‘Why does BBC sport makes such a pigs ear of Wimbledon coverage with the constant channel and now platform switching… hopeless. Andy Murray on the iPlayer ffs, they wrote.’

A fourth added: ‘Absolutely ridiculous starting Andy Murray’s match on iplayer then switching to BBC2 then later to BBC1.’ Another fan simply told the BBC to ‘sort it out.’