THIS is the horrific moment a weightlifter's arm SNAPS in multiple places while attempting a 107kg snatch.

Gaelle Nayo-Ketchanke, 30, was competing in the women's 76kg category for France at the European Weightlifting Championships in Batumi, Georgia. 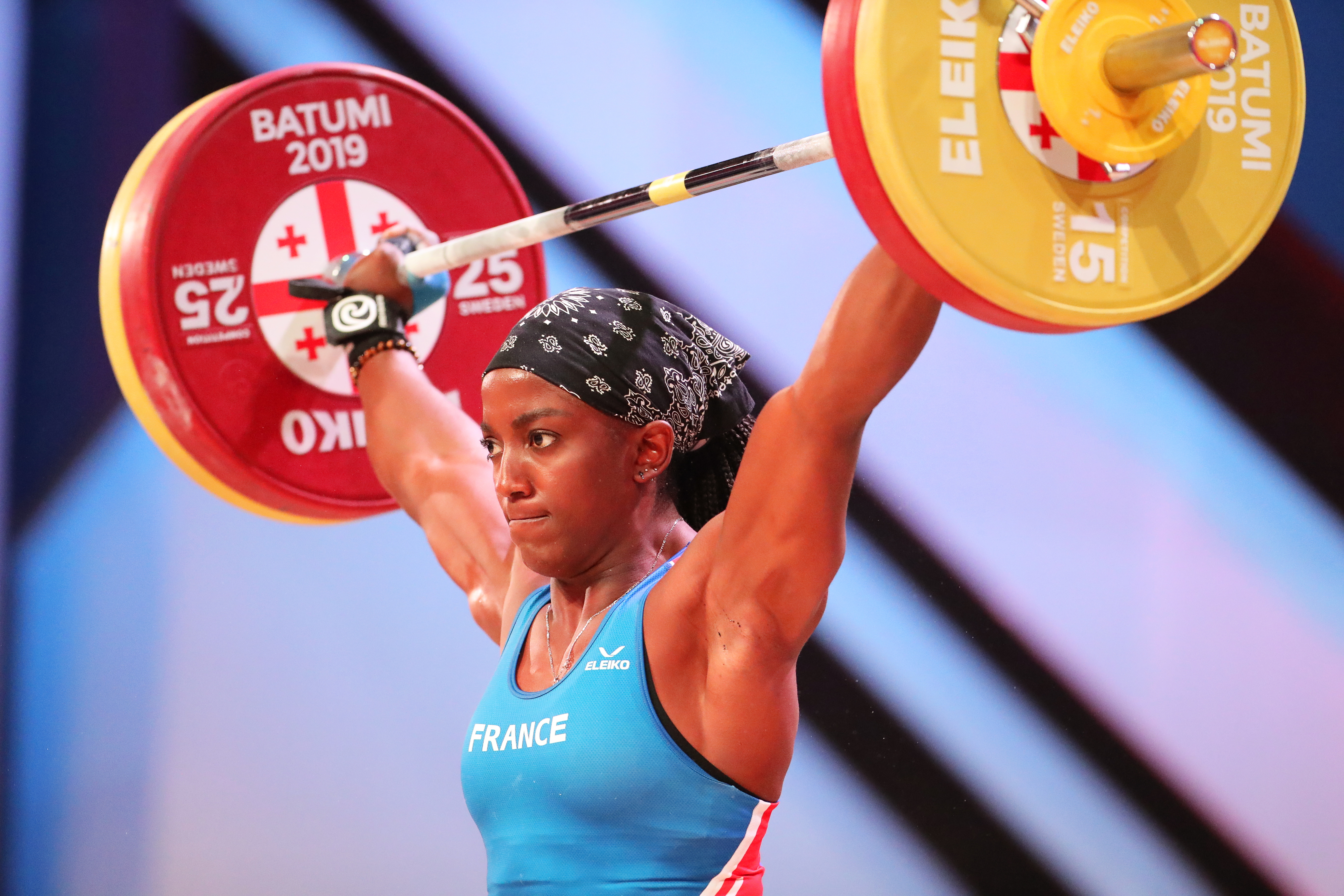 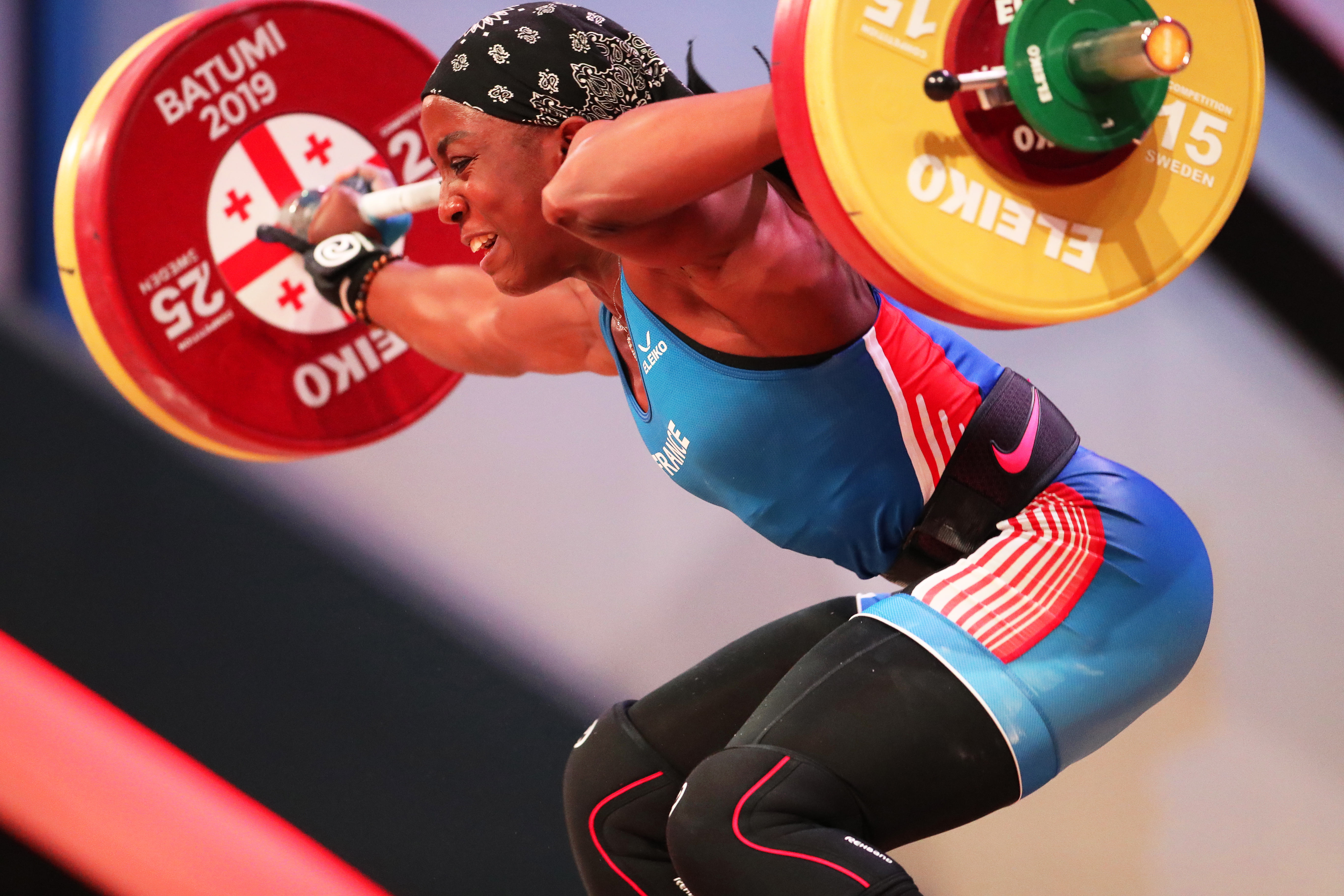 But on her third attempt at the 107kg weight, it went horribly wrong as her left elbow buckled under the pressure and snapped, bending behind her back.

Nayo-Ketchanke got her body into the right position to complete the lift but as she squatted, ready to stand up straight, her arm collapsed.

Viewers can then see Nayo-Ketchanke, who won silver at last year's championships in Romania, writhe on the floor in agony.

Her harrowing screams can be heard in the footage, which was being broadcast by the European Weightlifting Federation through a live stream.

Medics rushed to help Nayo-Ketchanke, who won bronze for her 103kg lift at the event, as the stream quickly cuts away to her team-mates to avoid streaming the disturbing footage.

Nayo-Ketchanke was rushed to hospital for surgery after leaving the stage on a stretcher and reports from the French team suggest she broke her left arm in two places while also dislocating her elbow.

After receiving treatment, she thanked staff and her team-mates for their speedy response. 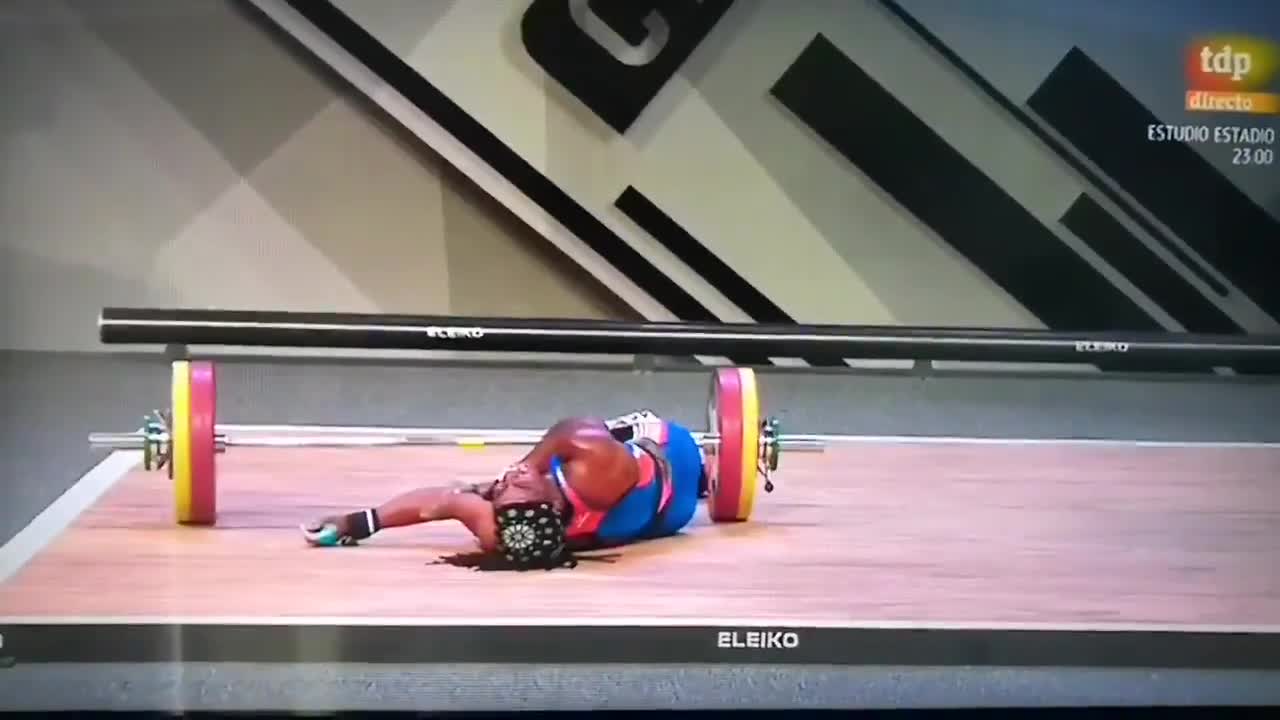 Posting a picture of herself with her arm and elbow in a cast, Nayo-Ketchanke wrote: "I'm coming out of these European Championships not in the best of ways, with a 107kg wrenching elbow injury after winning the bronze medal at 103kg.

"I received a lot of support messages that made me feel good and we are waiting for my return to France to do further tests.

"I want to thank the medical and technical staff of the Federation who responded very quickly and who are by my side, my coaches and my colleagues from the France team.

Nayo-Ketchanke will hope she can recover from the horror injury in time for next year's Olympics in Tokyo.

Her personal best is 111kg which she snatched in Tbilisi, Georgia, in 2015, while she managed 110kg at the European Championships in Forde, Norway, the following year.

Belarus weightlifter Darya Naumava won the event with a clean and jerk of 136kg.

If you're squeamish, avoid these 13 gruesome sports injuries we have compiled. 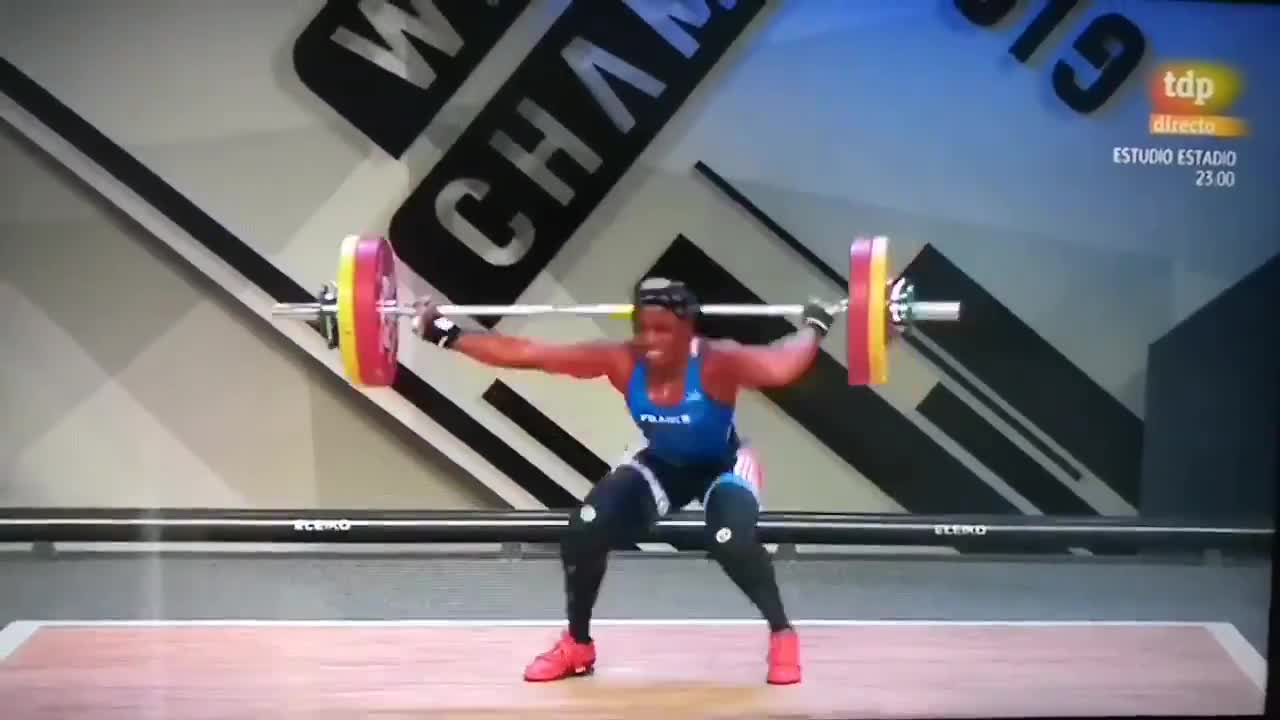