SUPERSTAR fillies and mares have dominated the Arc in recent years, but that wasn't always the case.

We take a look through the record books and pick out some of the best of the bunch through the decades of the world's biggest flat race. 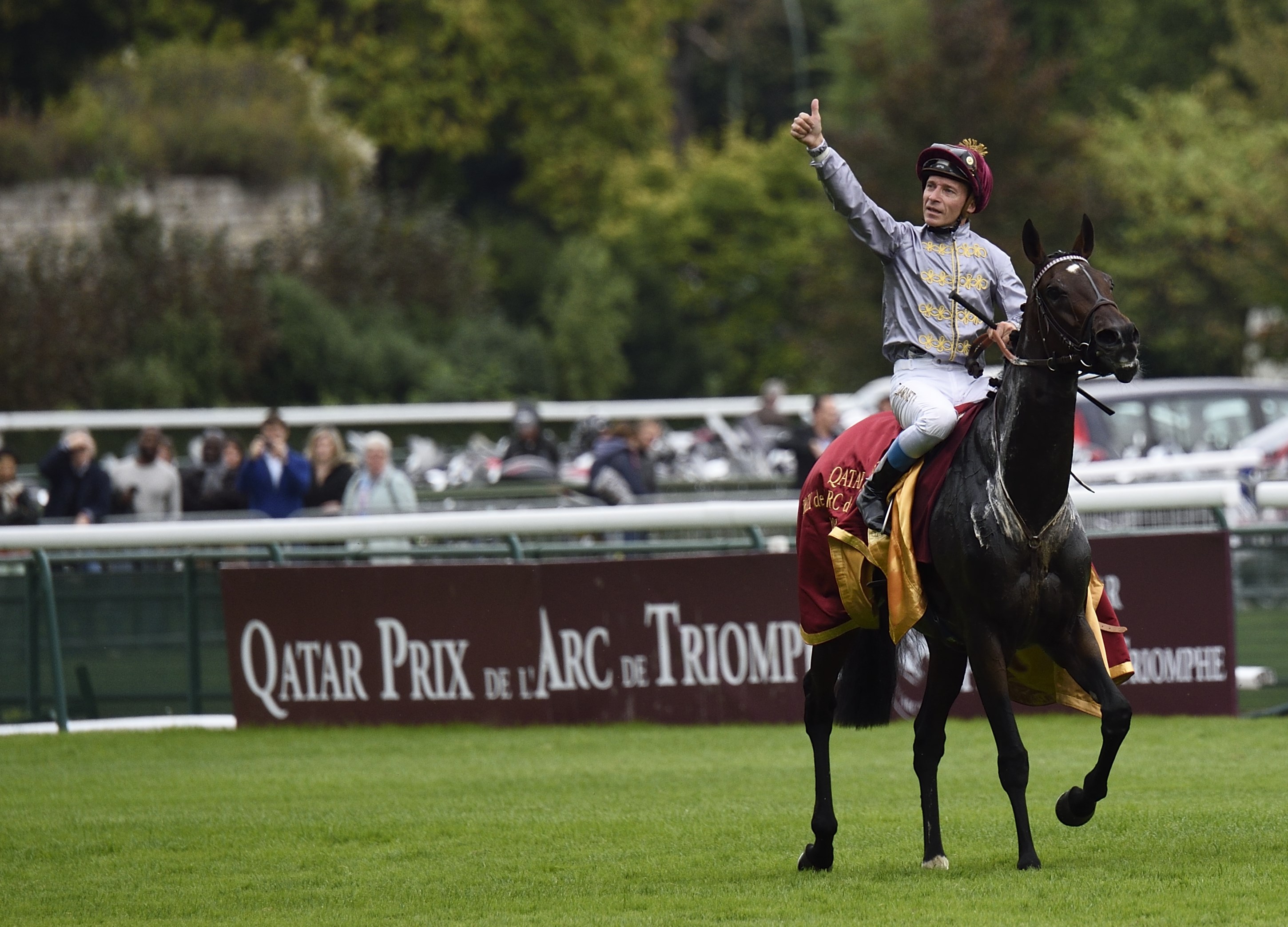 This girl needs no introduction.

A true champion of the turf and a horse for the ages, she etched her name into history at Longchamp on Sunday.

She hosed up at the end of her remarkable three-year-old campaign, again showing her versatility winning at Chantilly on soft ground.

Then after a injury-plagued campaign the following summer – with John Gosden saying she was only 90% fit – she fought off Sea Of Class in one of the best finishes you will see.

She ultimately fell short in her famous hat-trick bid, but Treve was a remarkable animal in her own way and came alive on the big stage.

On her turf she was a beast and it took a wonder ride from Frankie Dettori on Golden Horn to spoil the party in 2015.

Her five length demolition job in 2013 will go down as one of the most jaw-dropping Arc wins in recent history and her relationship with trainer Criquette Head-Maarek kept the sport in the news.

Thankfully she will be remembered as a terrific two time Arc heroine and not for blowing her lines in 2015.

The German wonder mare may be better known for her King George ding-dong with Nathaniel, but her Arc win in 2011 was a complete rout.

She proved her previous Group 1 win in her native land was no fluke as she bolted up by six lengths in the biggest race of all.

Punters were stunned as she went off a 20-1 shot and soon had the likes of Sarafina, So You Think and St Nicholas Abbey stuffed.

Trainer Peter Schiergen and jockey Andrasch Starke enojoyed their day in the sun and she went from strength to strength during her remarkable career.

The suffragette of the modern day Arc, it was Zarkava who began the current trend of fillies and mares punching above their weight in this historic race.

She became the first filly since Urban Sea 15 years earlier to triumph and the first three-year-old filly to win since back in 1982.

Timeform gave her a rating of 133 after her sizzling win in 2008. That made her the joint-best filly in training in the 20 years previous. She was simply a star.

She also meant the world to racing powerhouse Aga Khan and that came across in the way he spoke of his champion.

This was the start of something special.

Three Troikas was ridden, trained and owned by arguably the most famous racing family in France, the Heads.

She stormed clear in impressive fashion, seeing off the leading British challenger Troy with ease.

From a wide draw she was settled in rear – some feat considering the personality she had for much of her early career – before challenging wide and cruising clear of the field to the cheers of the French crowd.

Trainer Criquette Head became the first, and remains the only female trainer to win the most famous Flat race in the world.

You could argue that without Three Troikas, there may have been no Treve.