FLOYD MAYWEATHER raised a smile or two last night as he cruised around Miami Beach blasting out his favourite tunes.

The legendary undefeated boxer rode his bicycle around the Florida city, wearing a wide grin as he enjoyed his excursion. 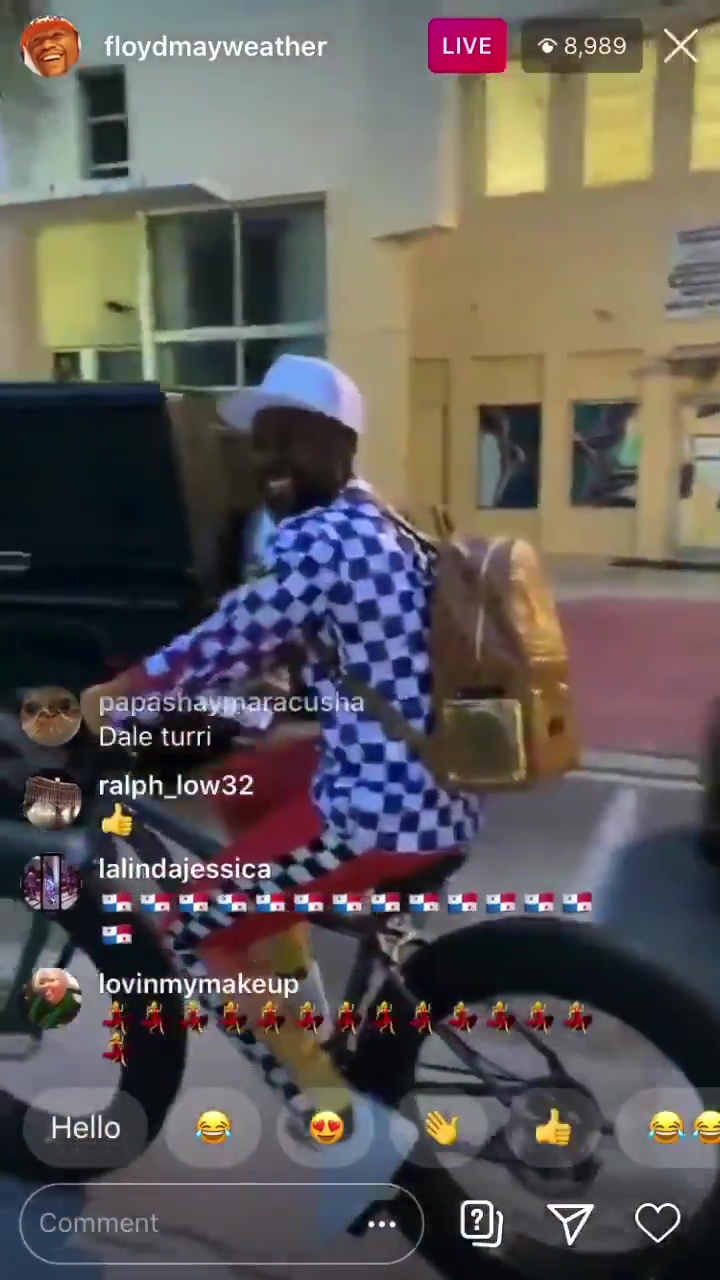 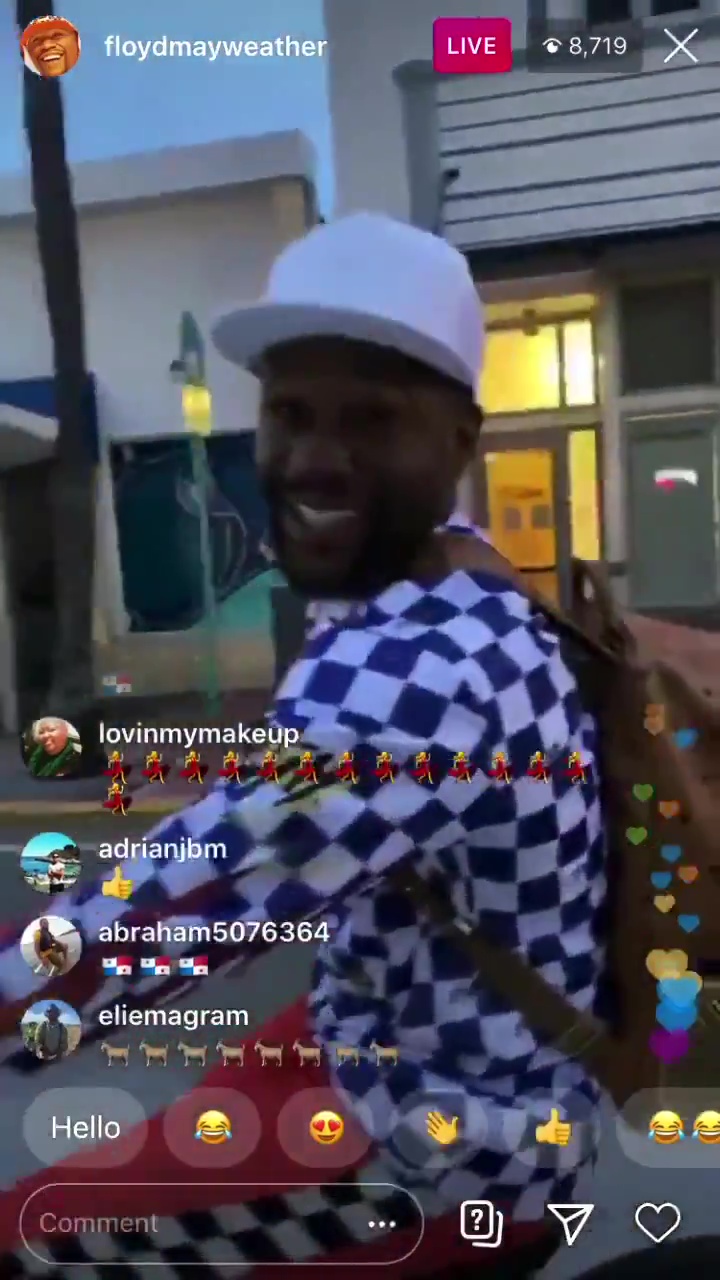 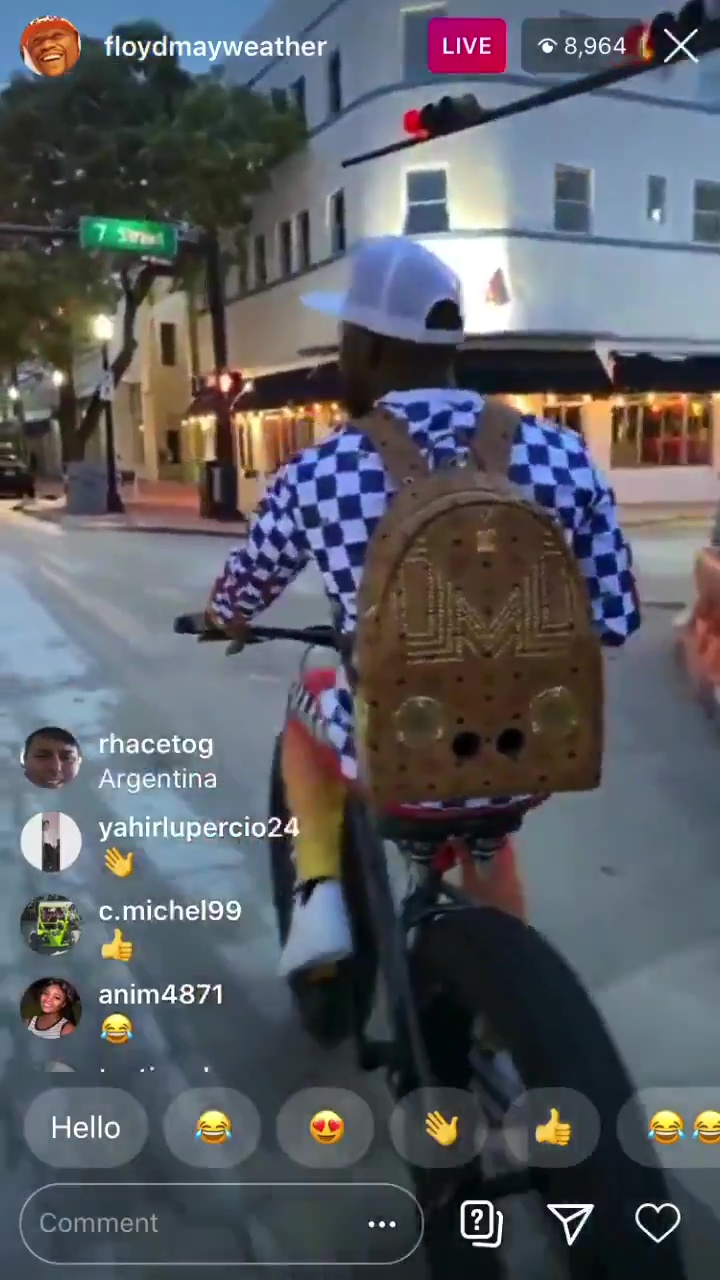 Wearing a chequered tracksuit and white cap, the retired 43-year-old appeared to be having a great time as he got outdoor exercise after weeks of lockdown.

The music came from his brown custom backpack – which niftily doubled up as a rousing boombox.

Some of the American's jaunt was posted to his Instagram account, on which he has an enormous following of 23.5million.

Earlier this week, Mayweather made the heartfelt move to offer to pay for four funeral services for people to pay their respects to the late George Floyd – killed by a police officer in Minneapolis last week.

A source told TMZ: "He is just doing what he feels is right in his heart.”

He wants to foot the bill for four services taking place in Houston, Minnesota, Charlotte and another yet-to-be-determined location.

FightHype then obtained a video of the 43-year-old explaining his decision to foot the bill for Floyd's funerals.

Mayweather, talking in his Las Vegas gym, said: “The thing is this, you do different things different ways, so we’re giving back like that, our team.

“I’m basically saying it’s coming from all of us, because we’re all a team. So we’re giving back.

“He having three funerals, probably even four, but I’m taking care of all of them.