The call follows Australia’s move to equal pay for its men and women footballers. 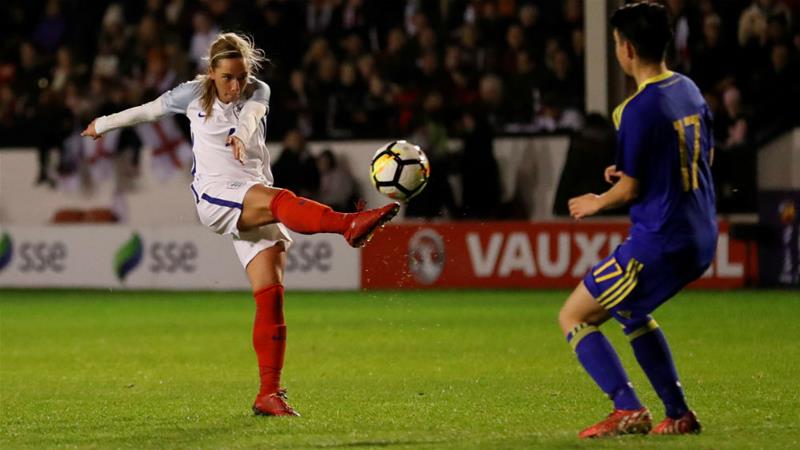 Jordan Nobbs and Beth England have said they want the English FA to become the next country to strike a deal that closes the pay gap between the men’s and women’s national teams.

Australian football’s governing body said on Wednesday it had reached an agreement with the players’ union on a new collective bargaining agreement that “closes the pay gap” between the Socceroos and Matildas.

New Zealand and Norway have already moved to address the pay gap between their male and female players.

“When you see other nations doing it, of course, we want to carry on that progression with our nation,” Arsenal midfielder Nobbs told BBC.

England host Germany at Wembley Stadium on Saturday, which could set a record attendance for a women’s international in the UK.

The Lionesses finished fourth at this year’s World Cup in France but Chelsea forward England said they still needed to work towards building steady revenue streams off the pitch.

“It’s one of them where we have been better than [the men] so why are we not on the same [pay] as them, in a way?” she said.

“But, again, look at the revenue that the men bring in and you can’t really compare it because their standard is relatively higher than the women – so it’s going to be an ongoing battle and a long process.”