His stunning base at Ogmore-by-Sea is like no other and it clearly works a treat for his growing string of horses who live a life of luxury, working on the dunes of Traeth yr Avon beach and surrounding rivers. 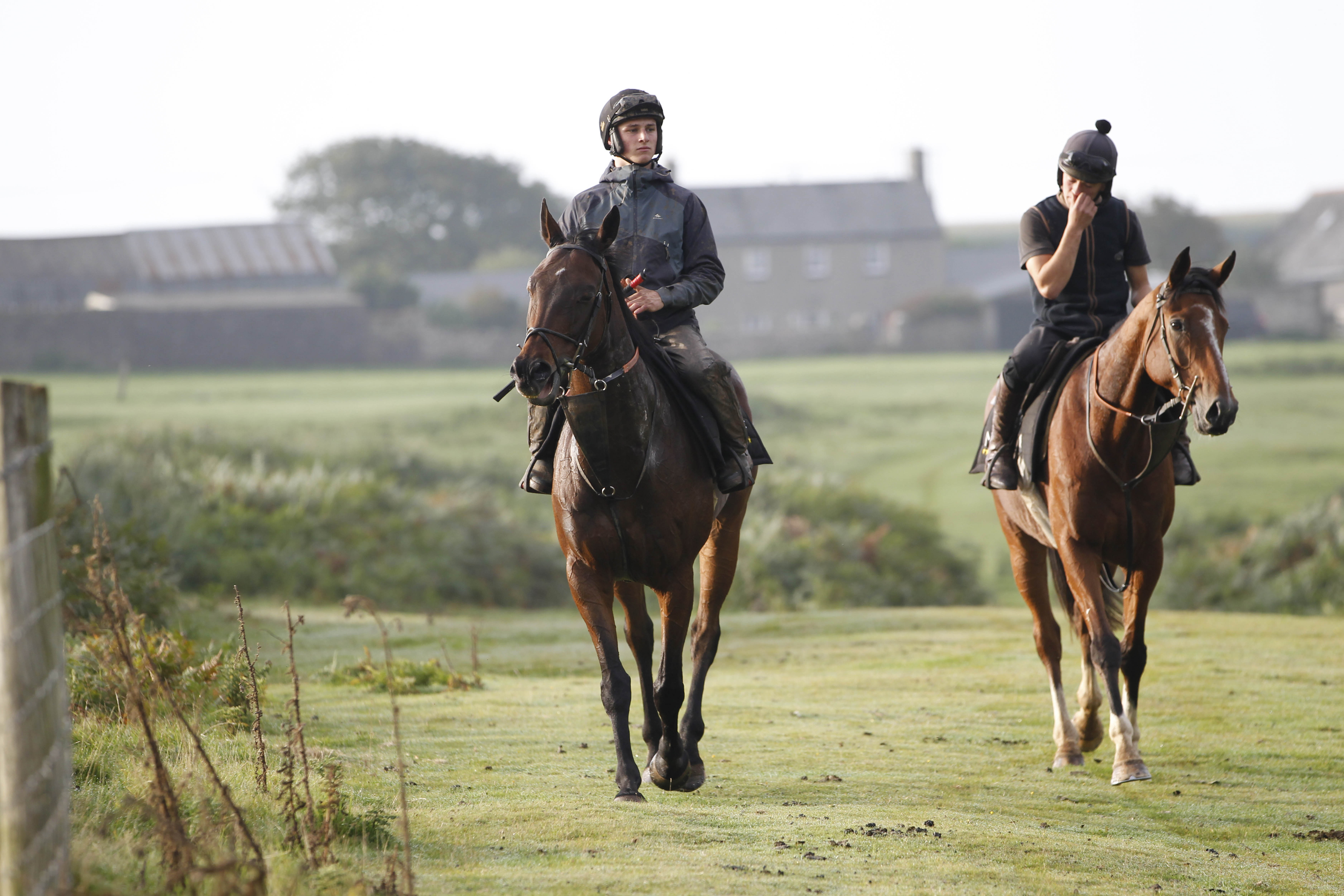 If trophies were handed out for the most scenic stables, then former jockey Williams, 38, would be champion every season.

Yet behind the yard’s pretty facade there is a fierce ambition to make the jump into the big time in the National Hunt game.

Williams is  used to the best from his riding days with Paul Nicholls and the mighty Denman, before injury after injury caused him to hang up his saddle.

His crack team have already tasted success on the big stage thanks to Potters Corner’s heroics in the Welsh Grand National — only the second home-trained winner in over 50 years.

Now Kitty’s Light could be next to reach those heights as the remarkable five-year-old goes for glory in Wetherby’s feature Grade 2 Charlie Hall Chase today.

Williams will be taking on the best his former boss can offer in Cyrname but he is not fazed and believes Kitty’s Light could be the best he has trained so far.

He said: “Honestly, he is like no other horse I’ve ever seen or been a part of. To do what he did last season was special.

“He’s flat-bred and only cost five grand, but he’s taken to jumps so well. We were unlucky not to win the Whitbread at Sandown in April, that would have been special to get our name on that winners board.

“But he’s grown up this summer, who knows how good he could be. I think he’s a monster.

“When we saddled him on his return at Chepstow, I thought ‘he’s grown loads, he looks like a serious horse now.’ Hopefully he proves he is.”

Williams was a serious jockey before he was forced to retire at the age of only 29.

Many of Willams’ old weighing room pals are still going strong in the saddle, but the Welshman was unluckier than most with injuries. Thankfully his partner Charlotte is a physio.

He broke BOTH arms in one crushing fall at Cheltenham and infamously tried to ride Big Buck’s with a broken leg — and would have done so if he’d been able to get his foot in his boot!

Williams said: “I loved being a jockey, I gave it my all but the way it went I had to do the right thing. I think that day at Warwick with Big Buck’s summed me up, I never said no.

“I’ll be honest, I never saw myself training, it sort of just happened. I was forced into doing my licence by Dai Walters and moved on from there. Most athletes when they retire have no idea what they want to do, they’re stuck in limbo. It’s a bit different now and the jockeys are looked after much better.

“It was probably frowned on a bit when I was riding as people would say you weren’t concentrating on your job and your heart wasn’t in it.

“So when I retired I just thought ‘bloody hell, what am I going to do now?’ Do I become a mortgage advisor? A plumber?

“But it’s been brilliant, it’s a lot different and you get a different buzz. I’d say there’s more pressure, though.

“When you ride winners you’re just jumping on them most of the time, not knowing the horse and then you walk away and you’re on the next one 30 minutes later.

“Now I spend every day with the same horses and they become part of the family. The kids love Potters Corner and he means a lot to them.”

Now proud Welshman Williams has a dilemma on his hands.

His current yard is at capacity and he’s desperate for more stars of the future. But that would mean leaving paradise behind.

He explained: “It’s a tricky one. People probably have horses with me because of where I train and how different it is, not many can go down to the beach and watch their horses in the river.

“But we have 30 in now and I can’t take on any more. We need to expand and I’d probably have to go somewhere else to do that.

“Ideally someone would build me a lovely new farm round here and I could move down the road but that’s never going to happen.

“I love where I am, it’s just not set up for the numbers we want.

“It’s great when the owners come down here, they obviously appreciate the sights and what not too. But it’s good for the horses too, mixing it up, taking them to the beach and getting them in the river.

“You have to have faith in what you’re doing. So far it’s been good and we’ve won some big races and went past the £1 million prize-money mark the other week.

“There’s no panic, we’re happy with how we’ve done. But you do want to be competitive and when you’ve only got 30-odd it’s impossible to take on the big boys on a regular basis.”

A grafter in the weighing room, Williams has found it easy to find staff at his Ogmore yard with talented youngsters queuing up to join the team.

And by keeping it local Williams has found a gem in Jack Tudor, with newbie Ellis Collier another name to watch.

Williams said: “We talk about Kitty’s Light and Five Star Getaway, but then you have your 90-rated Uno Mas giving boys in the yard their first winners.

“They’re just as important, Uno gave Jack Tudor his first winner at Cheltenham when he was 17. 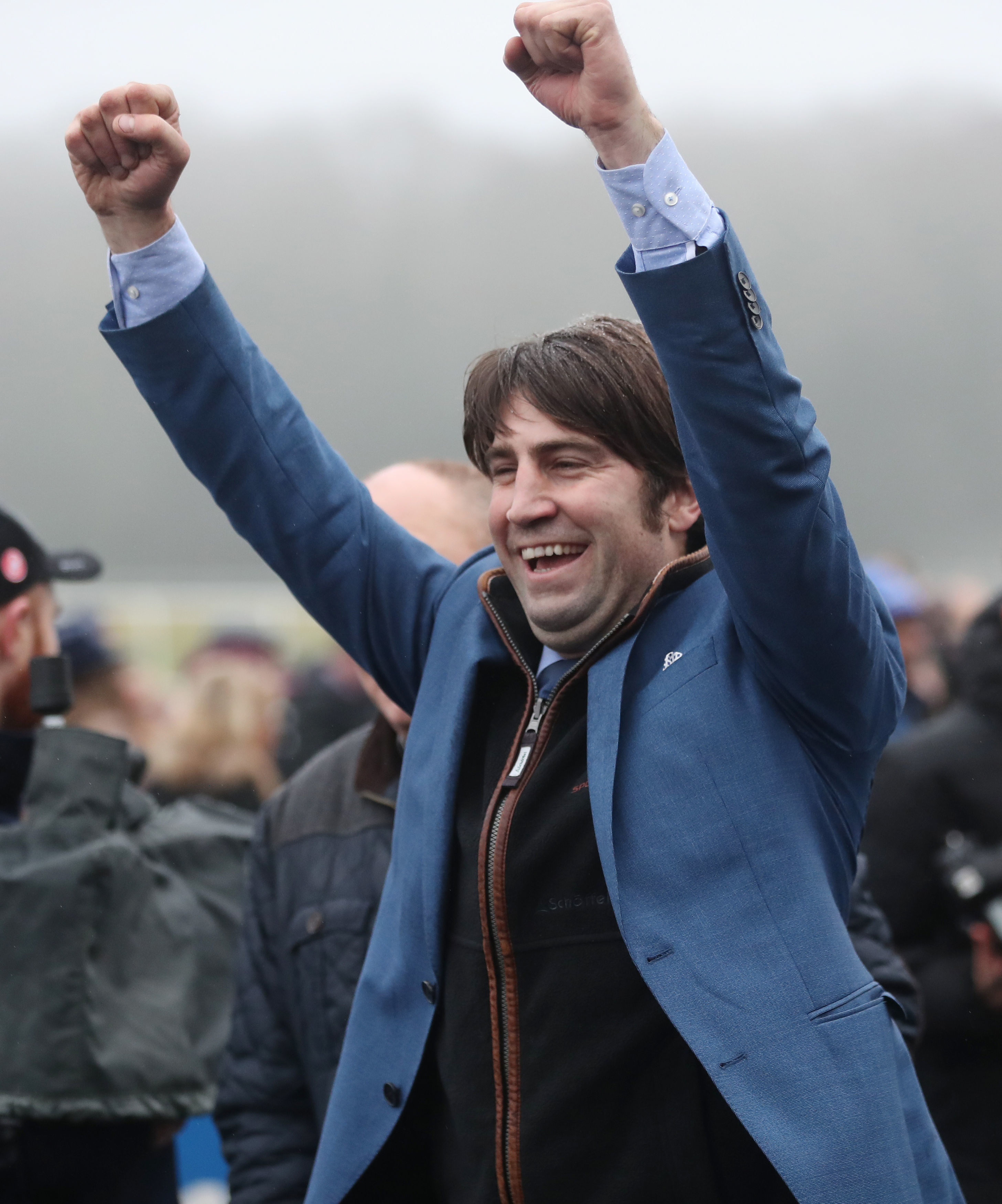 “We get good staff here and I try and give them opportunities.

“If they work hard, I  reward that and maybe that’s why we attract the right people.

“I know if I’m not in the yard it ticks away fine. We've got  a young team with lots of energy.”

The pandemic did nothing to stop the rise of Williams and as far as his team have climbed he’s always on the lookout for more. He said: “There’s room for younger names like me to try and make a fist of it.

“Under the real big names there’s definitely a gap there and we’d love to be up there.

“We seem able to find good horses for not big money which should stand us in good stead.

“I’m not a trainer who sets goals and targets, we just like to win big races — I couldn’t even tell you how many winners I had last year off the top of my head.

“We will keep marching on but as lovely as Plumpton is you don’t make your name there.

“You make your name winning the big Saturday races.”

If all goes to plan at Wetherby Williams’ name will certainly be up in Lights tonight.