Frank Lampard’s perfect restart continued and optimism surrounding Chelsea’s re-emergence as a serious force gathered pace as their manager demonstrated he possesses the iron fist inside the velvet glove.

Lampard, who now has an FA Cup semi-final to contest after Sunday’s 1-0 win at Leicester City, has also guided his team into the Premier League’s top four with wins away at Aston Villa and at home to deposed champions Manchester City.

With the season back under way behind closed doors after an interruption caused by the coronavirus pandemic, Chelsea look resurgent.

And amid the ghostly silence that now accompanies these big occasions, Lampard’s growing maturity as a manager can be heard as well as seen.

The 42-year-old, in his first season in top-flight management, could be heard offering words of encouragement and tactical tweaks during a first-half drinks break as Chelsea struggled to cope with Manchester City’s early surge at Stamford Bridge on Thursday.

It had the desired effect in a 2-1 victory and Lampard was at it again here at the King Power Stadium, although in less diplomatic fashion. Match-winner Ross Barkley revealed the manager had told his players their poor first-half performance was not good enough for the Chelsea badge.

Lampard’s half-time salvo was flagged up by the sound of his discontent echoing around the stadium and three interval changes – Barkley, Mateo Kovacic and Cesar Azpilicueta for Billy Gilmour, Reece James and Mason Mount – shifted this quarter-final in Chelsea’s favour. 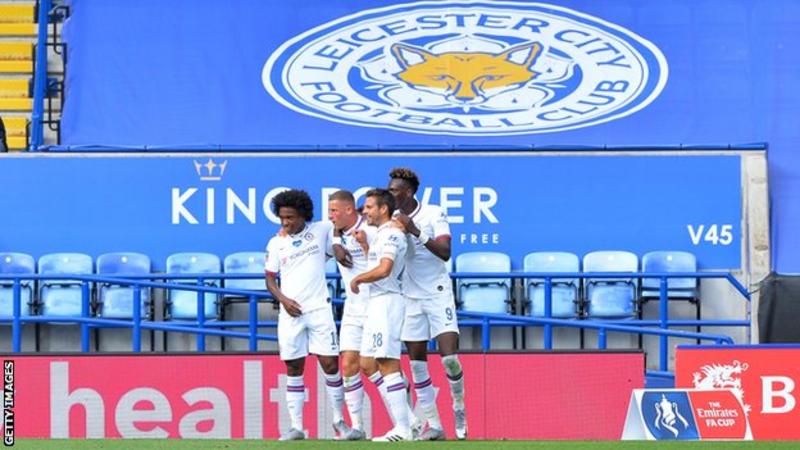 “It is a learning experience,” Lampard said afterwards. “I could have taken more off.

“I am not pulling those out on their own. They will be top players for this club and have top careers. But if I have to do something in games, I will do it. They will take it on the chin.”

There is a growing feeling that big things are happening at Stamford Bridge. Not just on the pitch – as Chelsea set the platform for an exciting end to the season -but off it as well. Exciting additions are on the way to bolster are squad that is already a rich mix of exciting young talent and battle-hardened experience.

Timo Werner, the 24-year-old Germany attacker who was one of Europe’s most coveted talents, has been secured in a £54m deal. He hinted at what he will offer this weekend, marking his final RB Leipzig match by scoring twice, and taking his season’s total to 28 Bundesliga goals, as Augsburg were beaten 2-1.

Chelsea have lacked a cutting edge this season. Werner’s lightning pace and threat will address that. He leaves RB Leipzig as their all-time top scorer with 95 goals in 159 games.

And to outline what an all-round weapon Werner will be, 17 of his goals have come away from home, the most away goals by a player in a Bundesliga season since 1974.

Werner, a mouth-watering addition, will be joined by Ajax’s exciting winger Hakim Ziyech, who demonstrated his skill in their run to last season’s Champions League semi-final and who has been signed in a £36m deal. 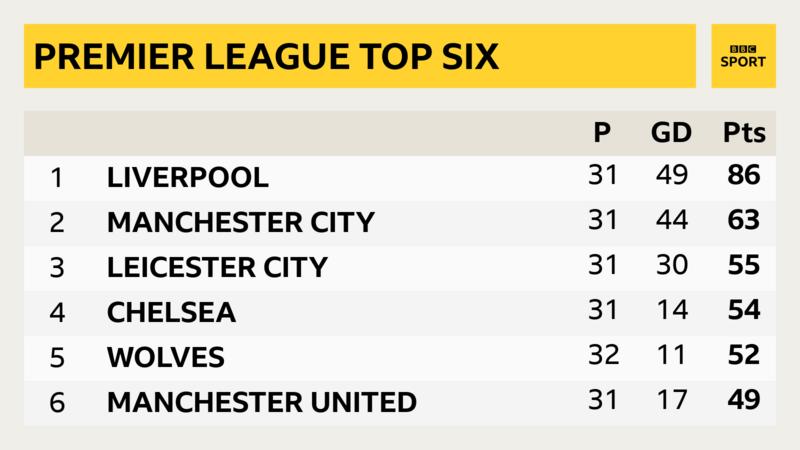 Chelsea had money to spend after the sales of Eden Hazard and Alvaro Morata and have had to wait until a transfer ban was lifted, but with other big deals reportedly in the pipeline it appears that the whole club has been revitalised.

This was always going to be a period of transition for Chelsea, even though they won the Europa League under Maurizio Sarri last season, with Lampard’s hand forced to an extent when it came to playing the club’s young talent, limited as he was by that transfer ban.

Mount, James, Gilmour, Tammy Abraham and Fikayo Tomori can now see just what is required at Chelsea, and will be better players for it. The manager is gaining experience too. And it seems more big acquisitions are on the way.

Lampard, for a relative rookie, has earned the respect of his squad judging by the way they picked up at Leicester following his angry words. Owner Roman Abramovich has clearly seen enough to be convinced his manager is worth backing with big money.

Chelsea’s hierarchy may well have settled for a top-four finish and maintaining that place in the Champions League after the upheaval of a managerial change and a transfer ban last summer.

Lampard is on course to deliver that and possibly a trophy too now he is at Wembley, the arena he graced so often as a player for Chelsea and England, for an FA Cup semi-final. He approaches that match against Manchester United as Chelsea’s development moves with increased momentum.