FRANK LAMPARD’S English Revolution was lost in translation to the European stage.

A controversial VAR decision gave Ross Barkley a late chance to equalise and join the list of England-qualified players to have scored for Chelsea this season. 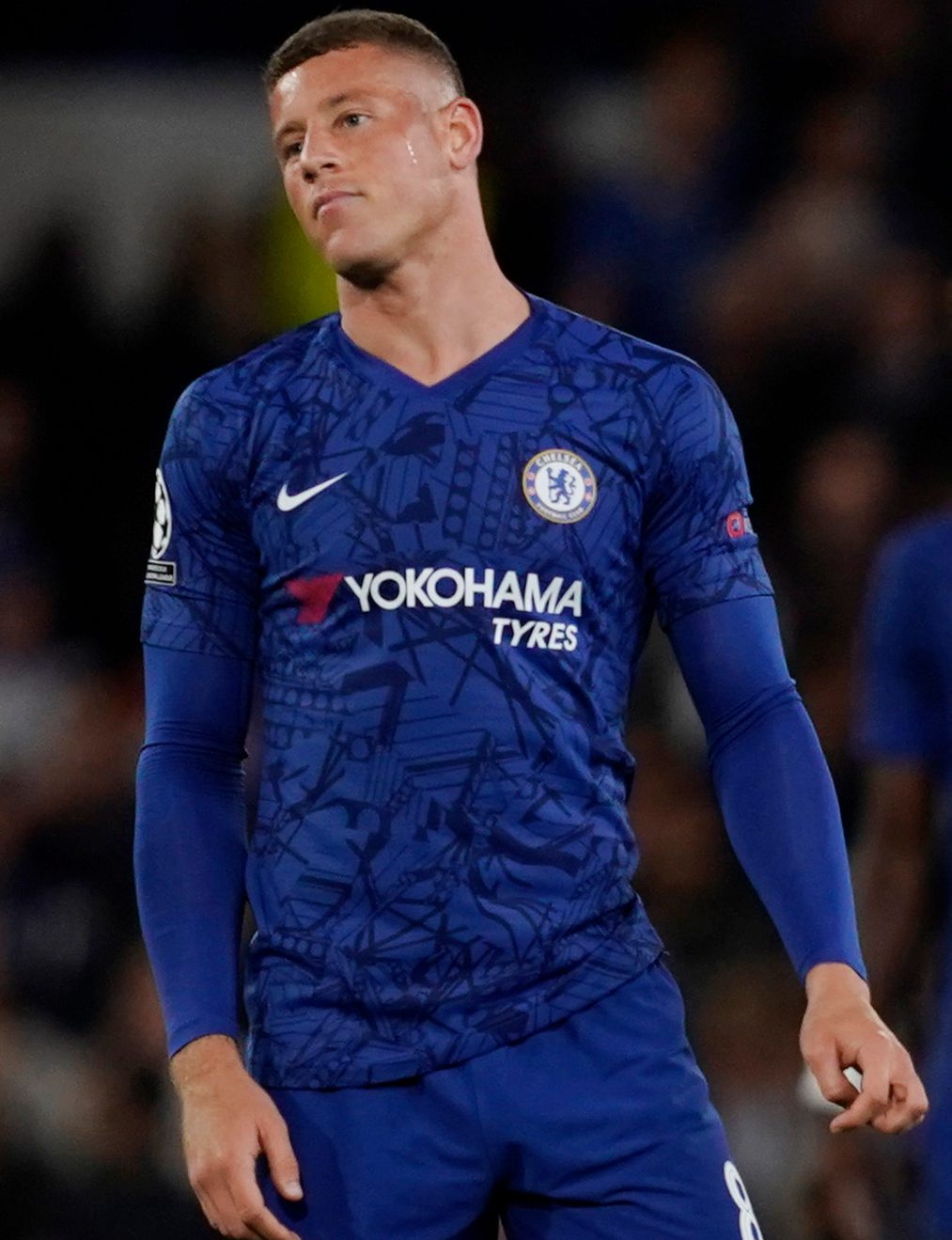 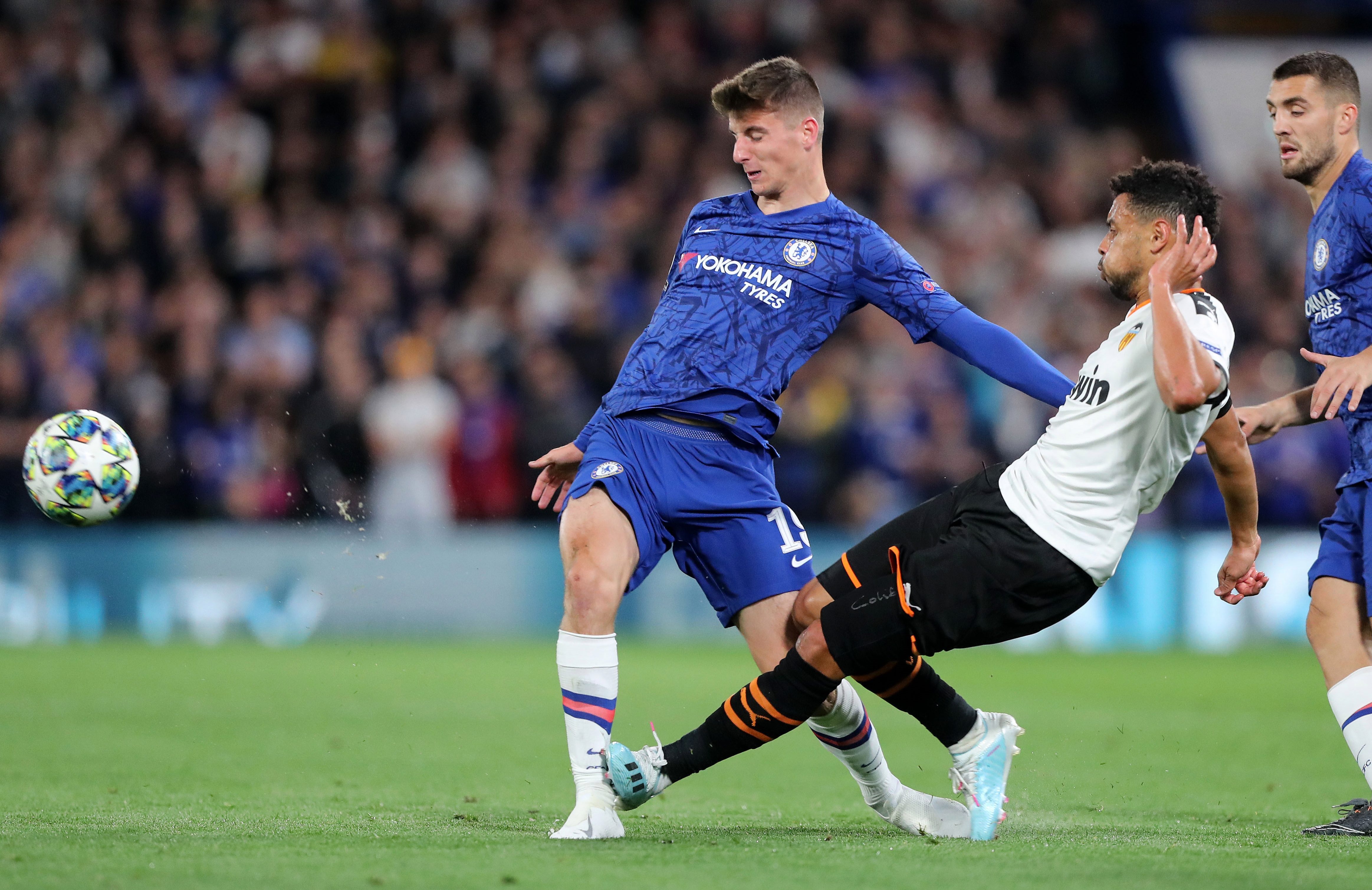 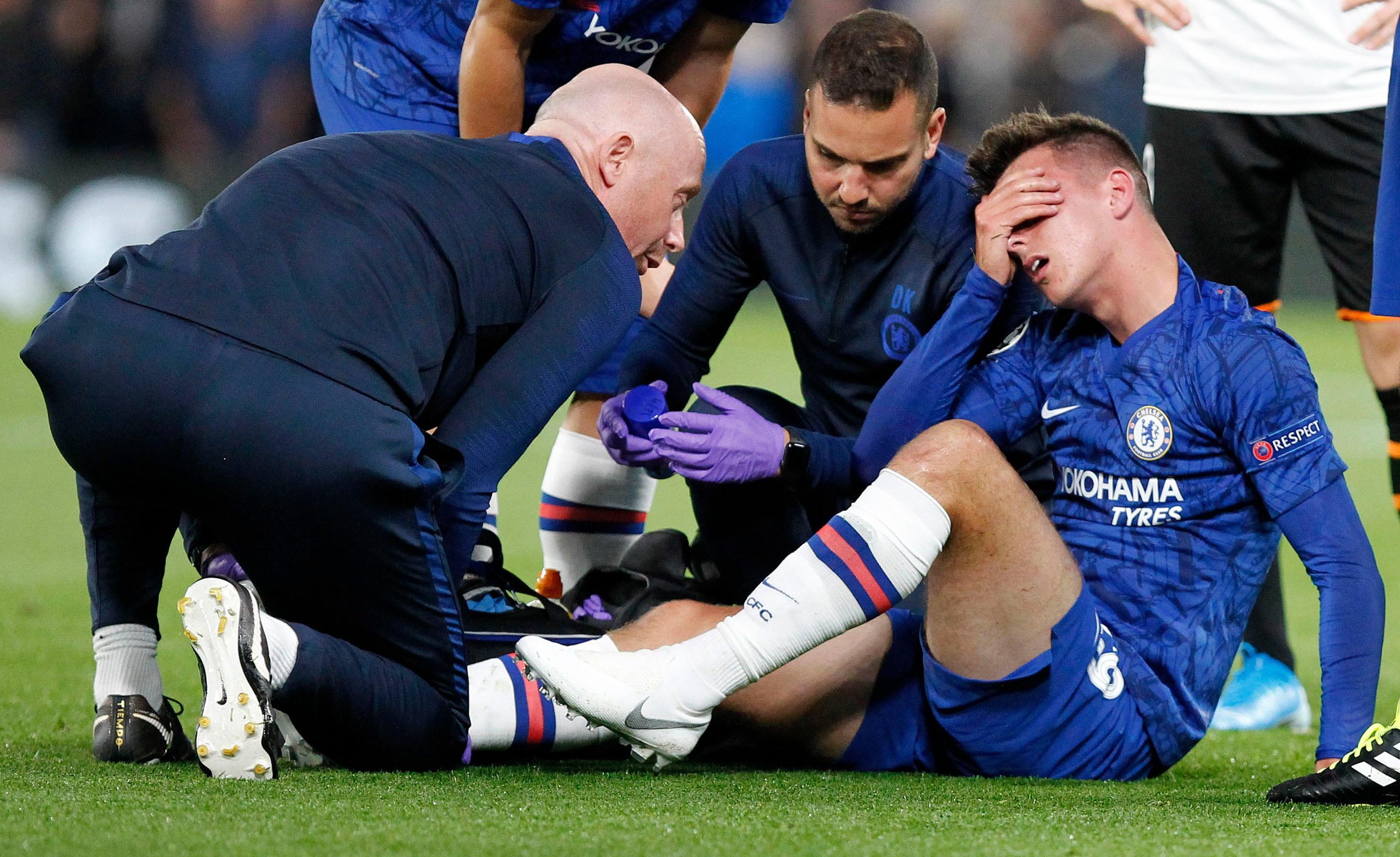 But Barkley hit the crossbar with his penalty soon after coming off the bench.

So Rodrigo's 74th-minute goal was enough to give Valencia victory on Lampard’s debut as a manager in the Champions League.

The miss capped a disappointing night for the Blues and their young English players.

Days earlier poor Mason Mount had reminisced about being a Chelsea ballboy in the first leg of 2012 semi final against Barcelona.

But Mount’s playing debut was pretty much over after eight minutes, when he was caught on the shin by Francis Coquelin’s follow-through on a clearance.

The new England international limped around grimacing for a while before leaving the field in the 16th minute, shaking his head and close to tears.

For different reasons it was a frustrating night for Tammy Abraham, too.

Chelsea weren’t making the most of good crossing positions, but Abraham was finding it harder to get any change out of Valencia centre backs Ezequiel Garay and Gabriel, another ex-Gooner, than when plundering his hat-trick against Wolves.

At the other end, Fikayo Tomori was mostly comfortable, and when he wasn’t, his recovery was good enough to prevent danger turning into something more serious. 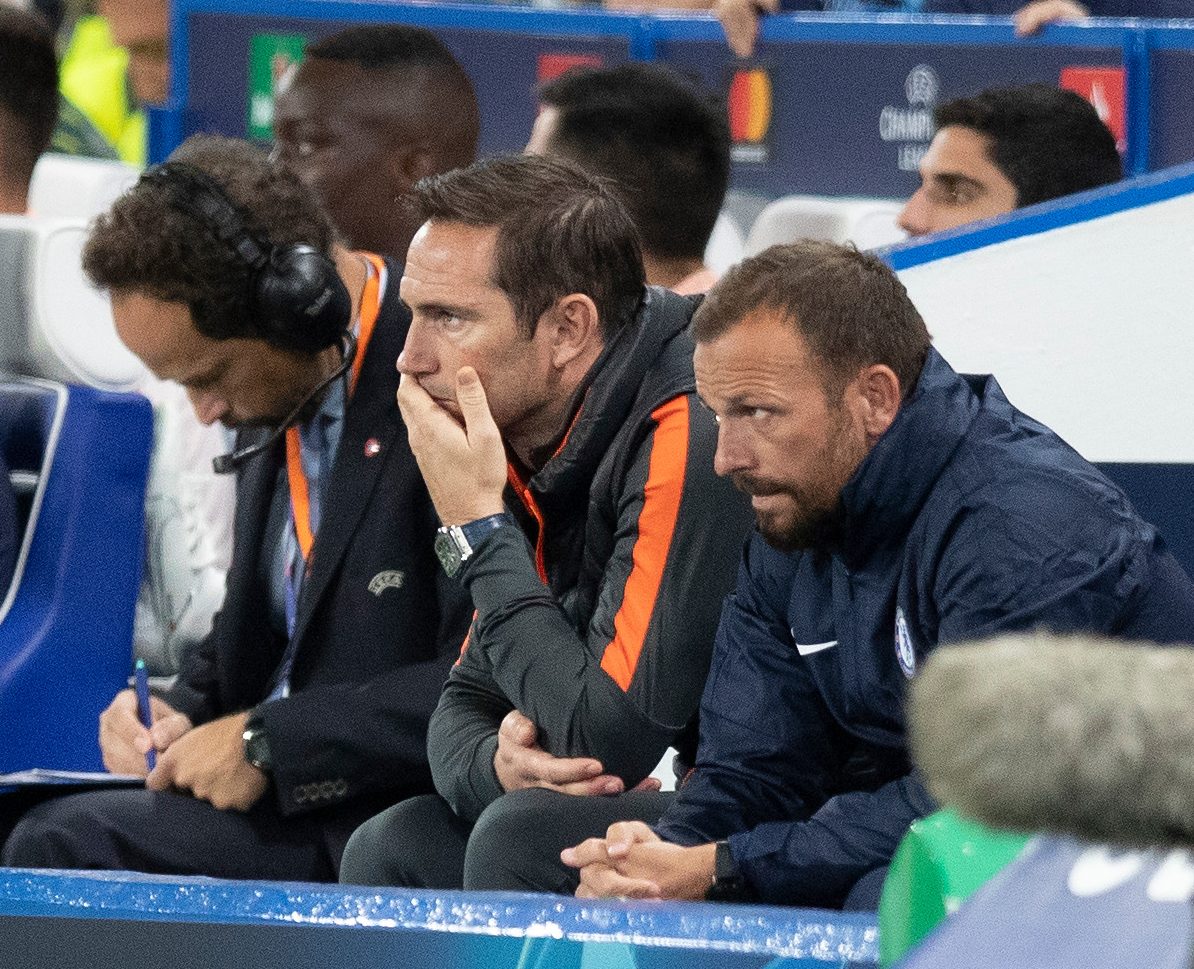 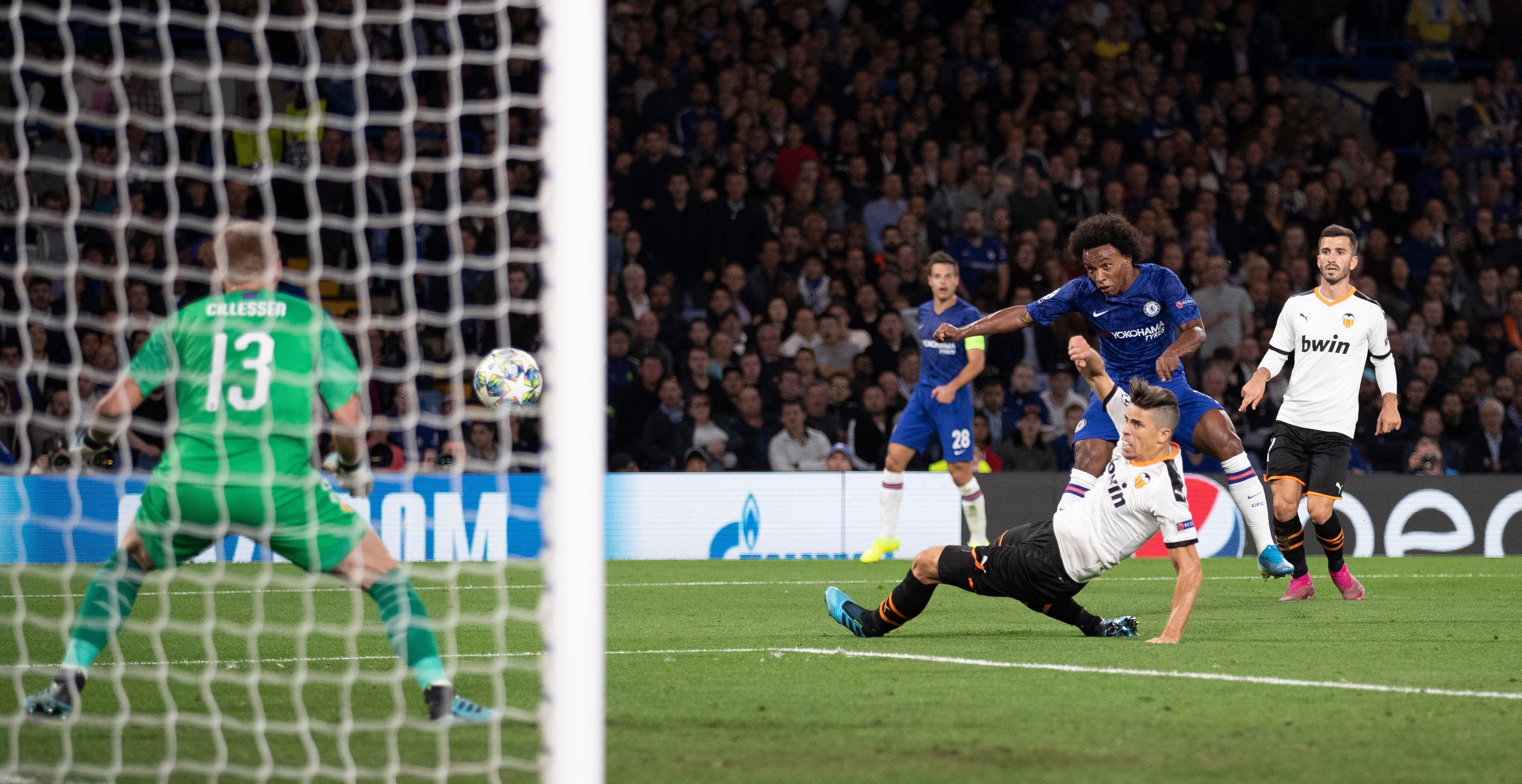 Overall, though, the Blues were far from the flowing, free-scoring Molineux machine.

By far the man most likely was Willian. The Brazilian winger was the only one offering a change of pace or direction and he had the home team’s best first-half chances.

He sent one narrowly wide and the other horrible over the bar.

Despite the efforts of Willian, it was really nothing-nothing at half time, and if anything Chelsea found it even harder to create openings after the break.

Marcos Alonso at least forced a save out of Jasper Cillessen with a free kick but there was little else to report.

Valencia had caught Chelsea out with a clever corner routine, which Kevin Gameiro wasted one with an off-target shot, but they were also looking unlikely to score.

Until, that is, Rodrigo beat the offside trap and put enough on Daniel Parejo’s free kick to send the ball into the ground and up and over Kepa.

Moments earlier, Lampard had just sent Olivier Giroud on for Kurt Zouma and moved Pedro to right wing back.

They pressed hard for an equaliser and were rewarded when referee Cuneyt Cakir checked his pitchside monitor and agreed that Daniel Wass should be punished for blocking an Abraham header with his arm.

Under the old interpretation of the handball law, it was harsh. So justice of a kind was done when Barkley fluffed the penalty. 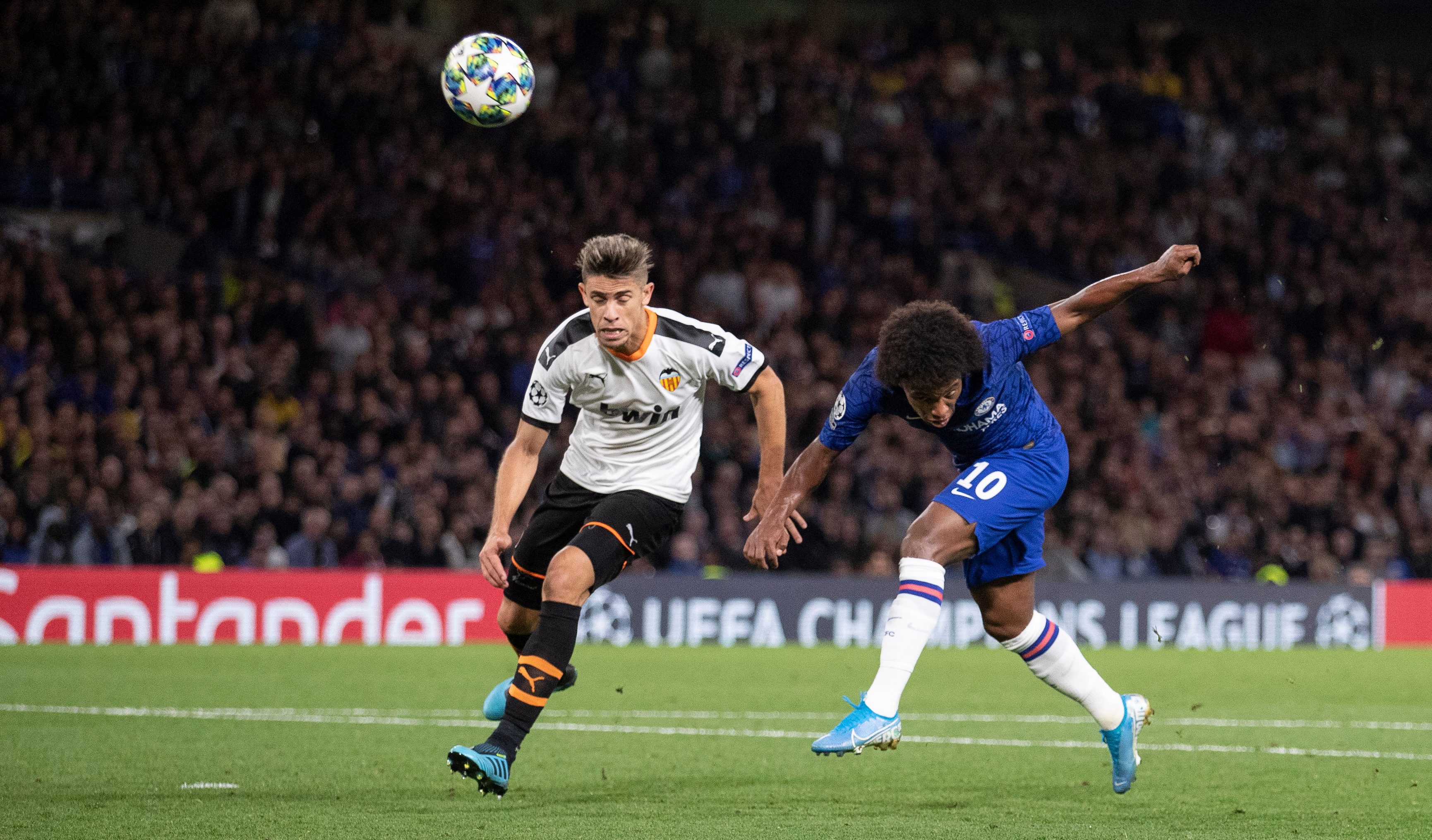