MANCHESTER UNITED star Fred had fans in hysterics after seemingly telling Bruno Fernandes that his assist against Leicester was 's***'.

Marcus Rashford had opened the scoring for the Red Devils during the club's 2-2 draw with Brendan Rodgers' side on Boxing Day. 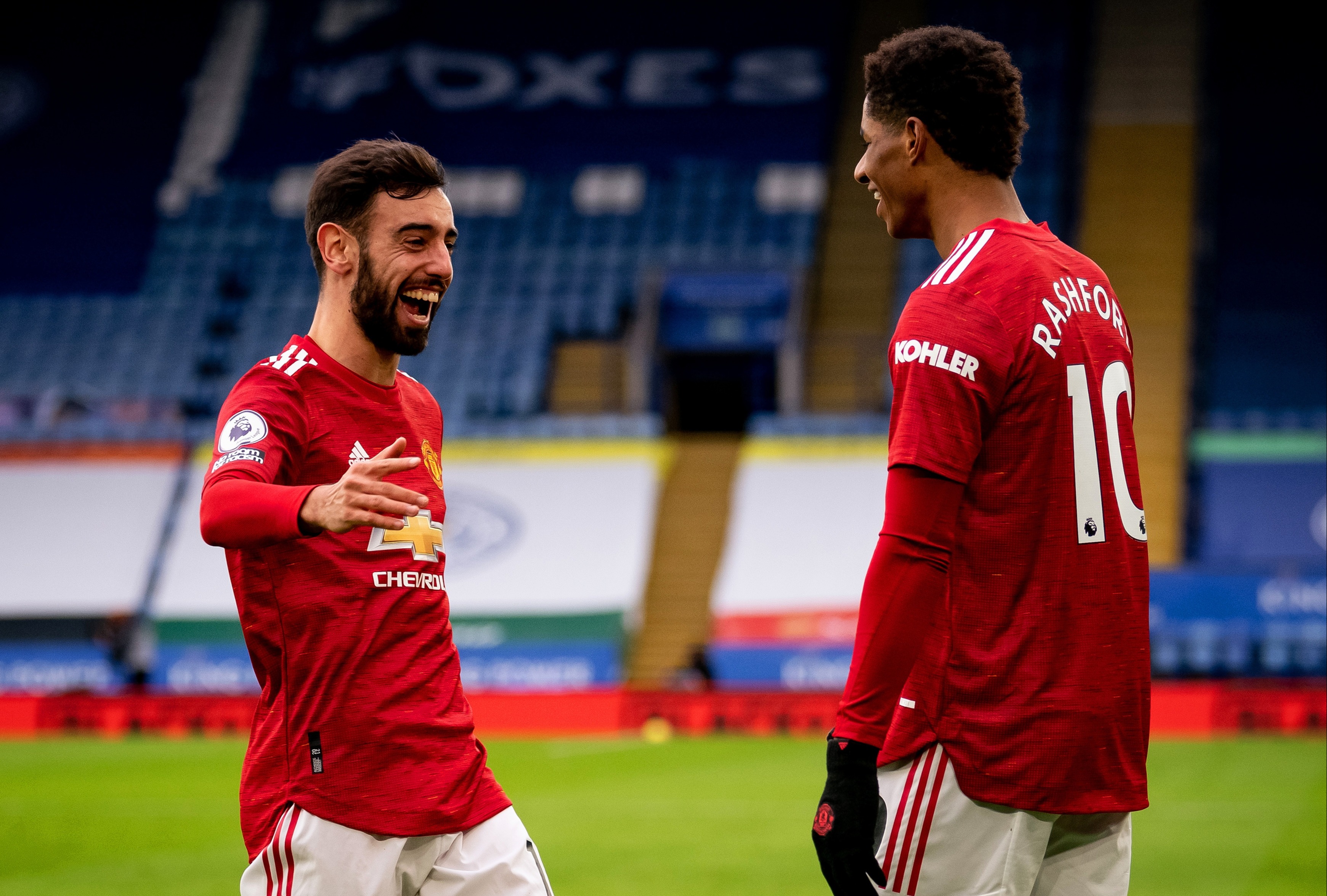 The England star slotted home past Kasper Schmeichel after Fernandes prodded the ball through the Foxes backline.

And the Portuguese maestro looked as ecstatic as Rashford as he rushed to celebrate with the striker in the corner.

Pitchside cameras picked up the exchange between the players given the absence of supporters.

Fernandes could seemingly be heard saying: “Did you see my assist? Did you see?” in a cheeky exchange with Rashford.

But it was the apparent response from Fred as the rest of United's team joined the pair.

Speaking in Portuguese, the Brazilian midfielder added: "What a s*** assist".

One fan tweeted: "Why do I love these boys soomuch yet they almost end me with heart attacks all-day."

Another said: "LOL how can this be a question after you score a goal", while a third added: "He's so shameless I love it."

United ultimately were pegged back twice against Leicester as they missed the chance to leapfrog the hosts in second.

Bruno Fernandes thought he had bagged the winner after Harvey Barnes cancelled out Rashford's first-half strike.

But Axel Tuanzebe turned the ball into his own net five minutes from time following a Jamie Vardy effort.