THEY were born with great expectations.

Offspring of legends like Zinedine Zidane and Patrick Kluivert are looking to make their own way in the footballing world while dealing with the pressure of their iconic surnames. 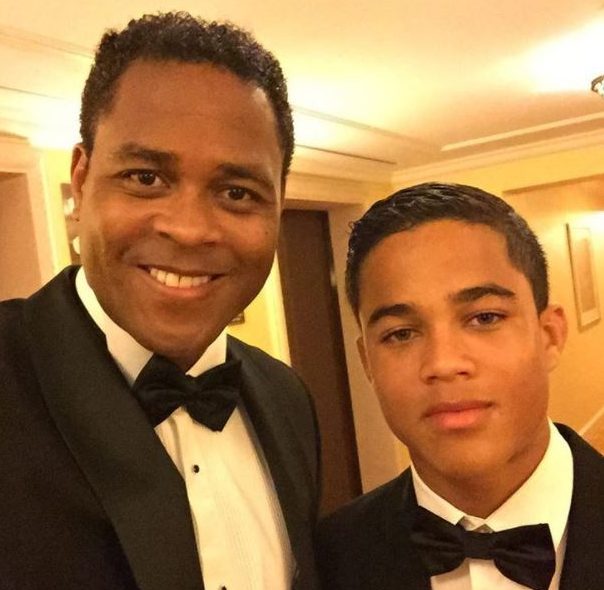 And Maxim Gullit, son of Ruud and great nephew of Johan Cruyff, became the latest last year when he came off the bench for Jong AZ Alkmaar for his first taste of senior action.

Here, SunSport takes a look at the 11 youngsters aiming to follow in their fathers' giant footsteps:

Joe began his career at Man United, where his dad starred for six years, and then moved on to Noordwijk before signing for Ajax in 2013 where Edwin is CEO.

These are giant gloves to fill and the expectations are high. He's now back at Noordwijk aiming to work his way to the top.

Maxim, a defender and son of Estelle Cruyff, predominantly played for AZ’s Under-19 side last season – but was handed an Easter treat – being called up a level.

The talented teen came on for the final 19 minutes of the AZ second team’s clash with champions Twente in the Netherlands’ second tier and helped his side keep a clean sheet.

He has since gone on to become a regular for their Under-21 side this season. 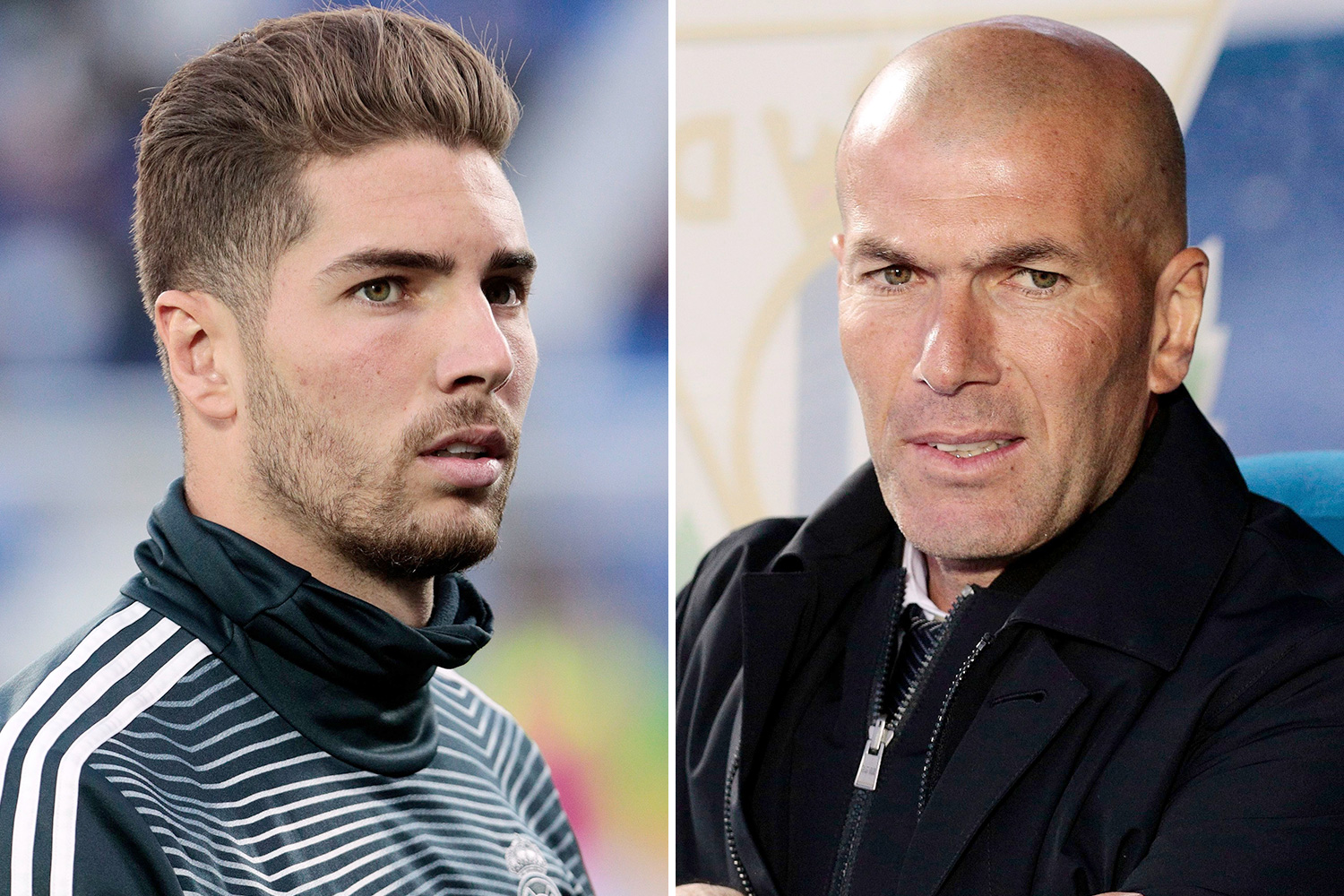 Zinedine Zidane has three sons aiming to follow in his giant footsteps.

Midfielder Enzo, 25, is currently at Almeria, on loan from Aves, and 18-year-old Theo is looking to develop in Real Madrid's academy.

But it is goalkeeper Luca, 22, who could go furthest after his dad handed him a Bernabeu debut in March last year. There was a win for Zinedine, but no clean sheet for Luca – who's not had another appearance.

He has spent this season on loan at Racing Santander in the Spanish second tier. 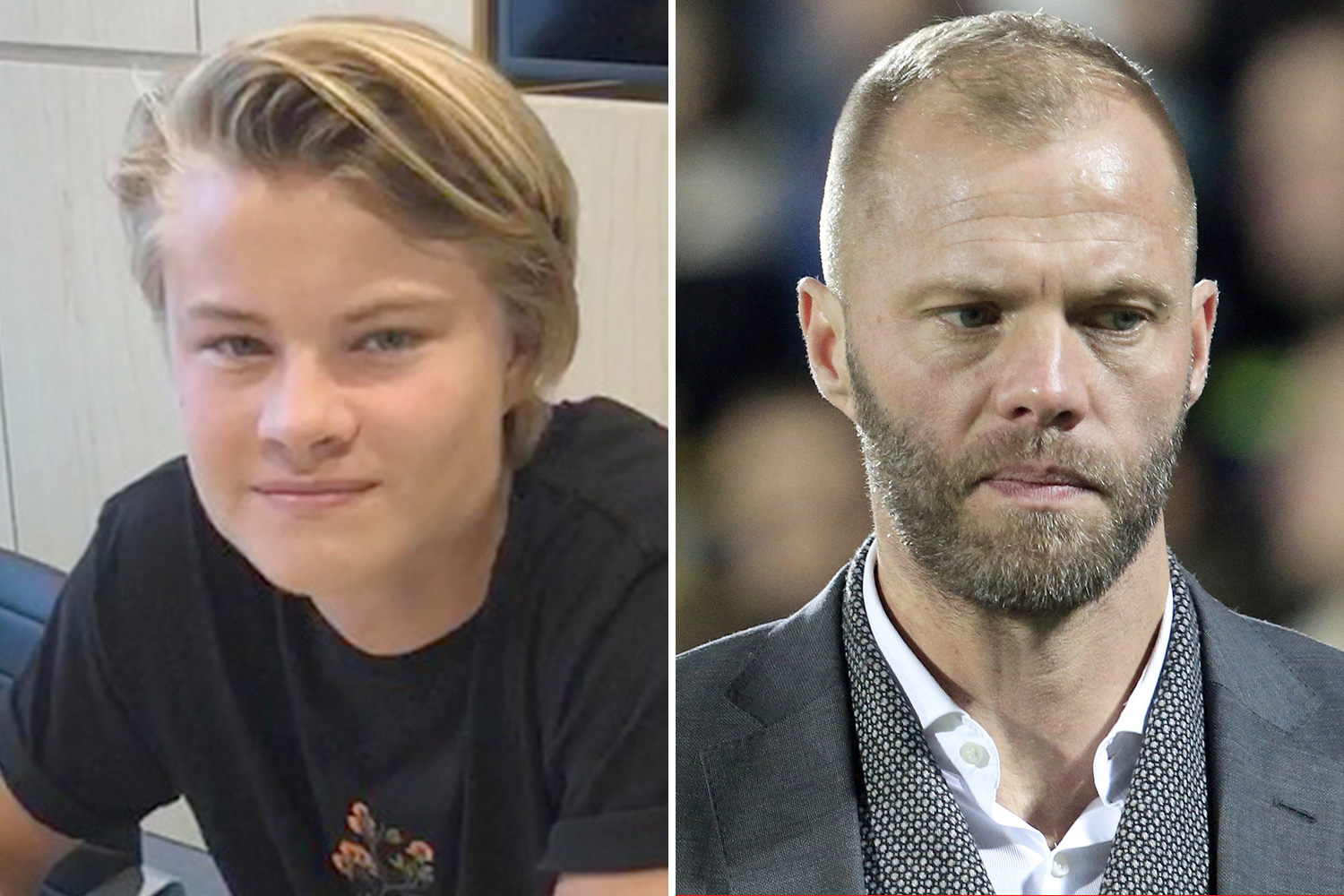 Former Chelsea, Tottenham and Barcelona striker Eidur Gudjohnsen has one son at Real Madrid, one son at Barca and another in Italy.

Sveinn, 22, and the spitting image of his father, is at Serie B side Spezia while younger brother Andri Lucas is in the big time at the Bernabeu.

The 18-year-old, who is starring for Iceland's U19s, joined Real's La Fabrica academy in Valdebas last summer while 12-year-old Daniel Tristan is in Barca's Infant B.

Eidur famously came on for his father, Arnor, while playing for Iceland, in 1996. 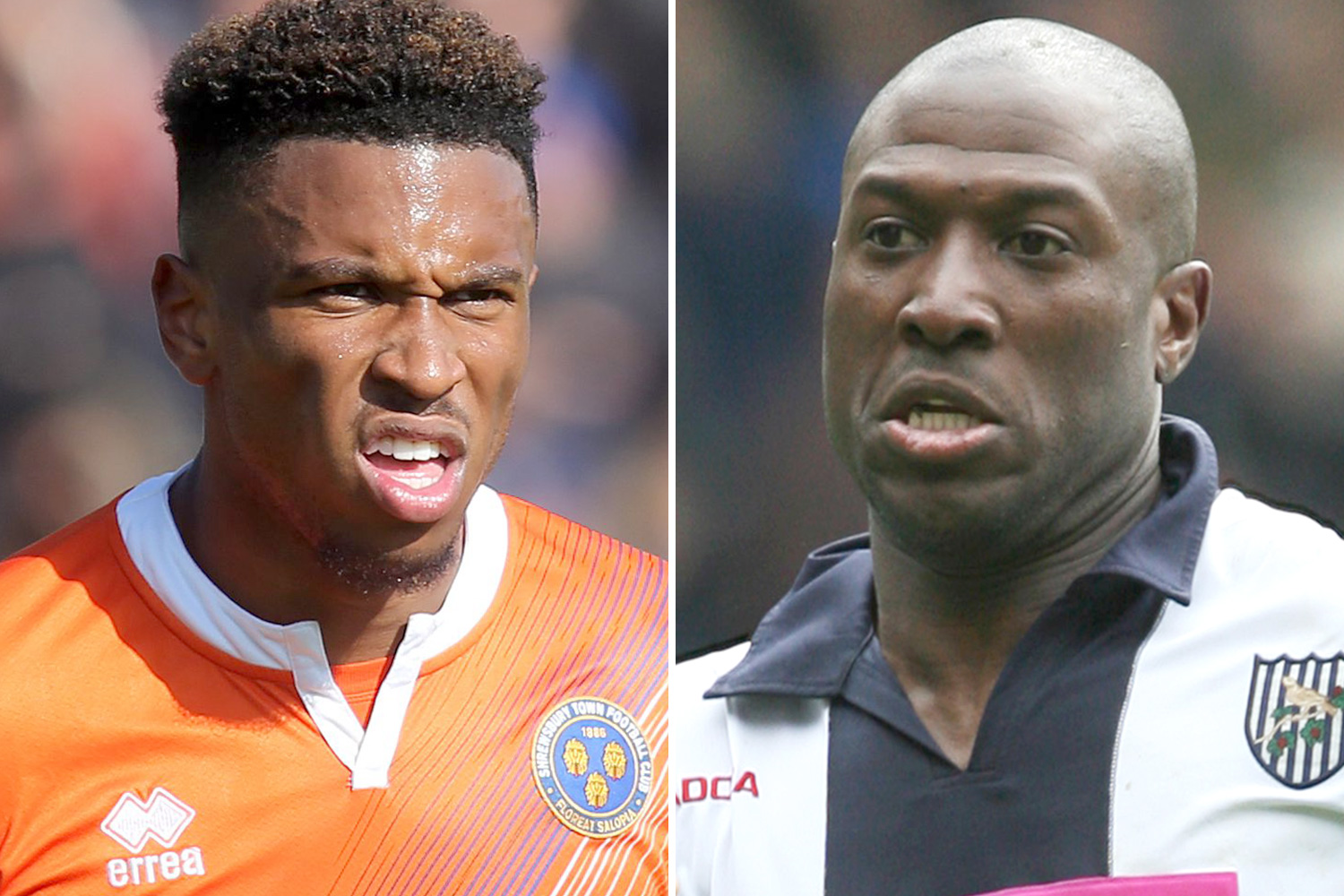 Stoke's young star Tyrese Campbell has made a huge breakthrough this season – appearing 33 times in the Championship for the Potters.

The forward, who joined Stoke from Man City's academy in 2016, is son of former Arsenal, Everton and West Brom striker Kevin Campbell.

Tyrese scored his first goals for Stoke in the FA Cup last season before being loaned out to League One Shrewsbury for the remainder of the campaign.

He bagged five goals for the Shrews, and managed nine in the Championship this season.

With TWO Manchester United Treble winners as father (Phil) and uncle (Gary), plus England's netball head coach for an aunt (Tracey), there was little chance of Harvey going into auditing.

Harvey, who plays in midfield or on the wing, began his career at United before moving to rivals City where he won the Premier League International Tournament as an Under-13.

He moved to Valencia when his father and uncle took charge of the first-team before returning to Old Trafford in 2018.

Definitely a name that Tottenham fans can immediately warm to, Maurizio is the offspring of former Spurs boss Mauricio Pochettino.

And the Argentine youngster, described as a wide player with an eye for goal, has continued to play for the Lilywhites this season – despite his dad getting the sack in November.

He even signed a new contract with the club last month.

The name may have got him noticed but it is Justin Kluivert's talent that has seen him thrive at such a young age.

Son of Patrick, left winger Justin was nurtured by the Ajax academy and is now starring in Serie A for Italian side Roma after signing in 2018 for £14.9million.

Manchester United were also believed to be after the youngster – who has five goals and two assists so far this season. 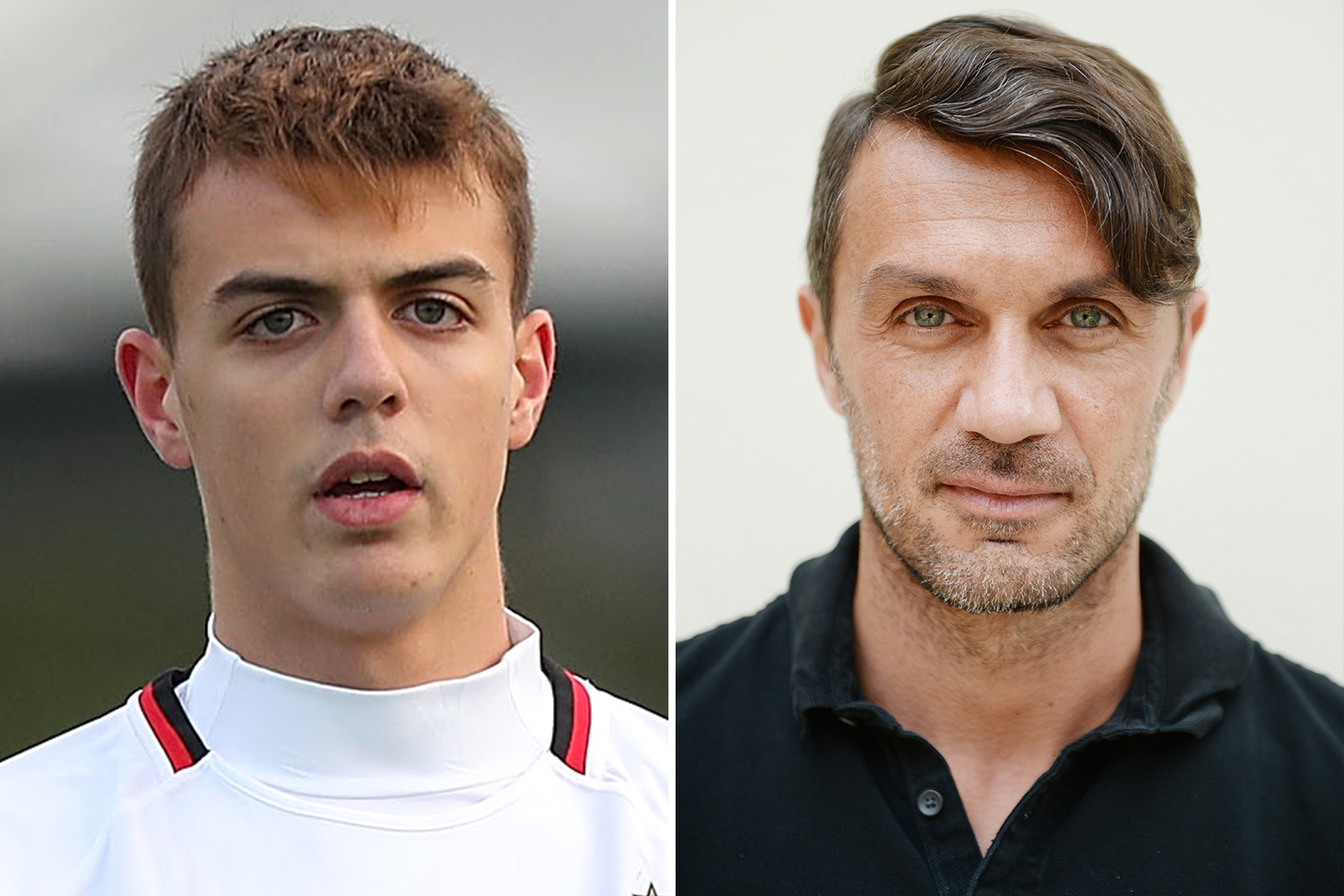 The Maldini dynasty continues, with Daniel following in father Paolo and grandfather Cesare's footsteps in Milan.

Daniel operates at the opposite end of the pitch to his father and has displayed his talents as a second striker.

The talented teen made his first-team debut against Hellas Verona in Serie A – becoming the third generation of Maldinis to play for AC Milan. 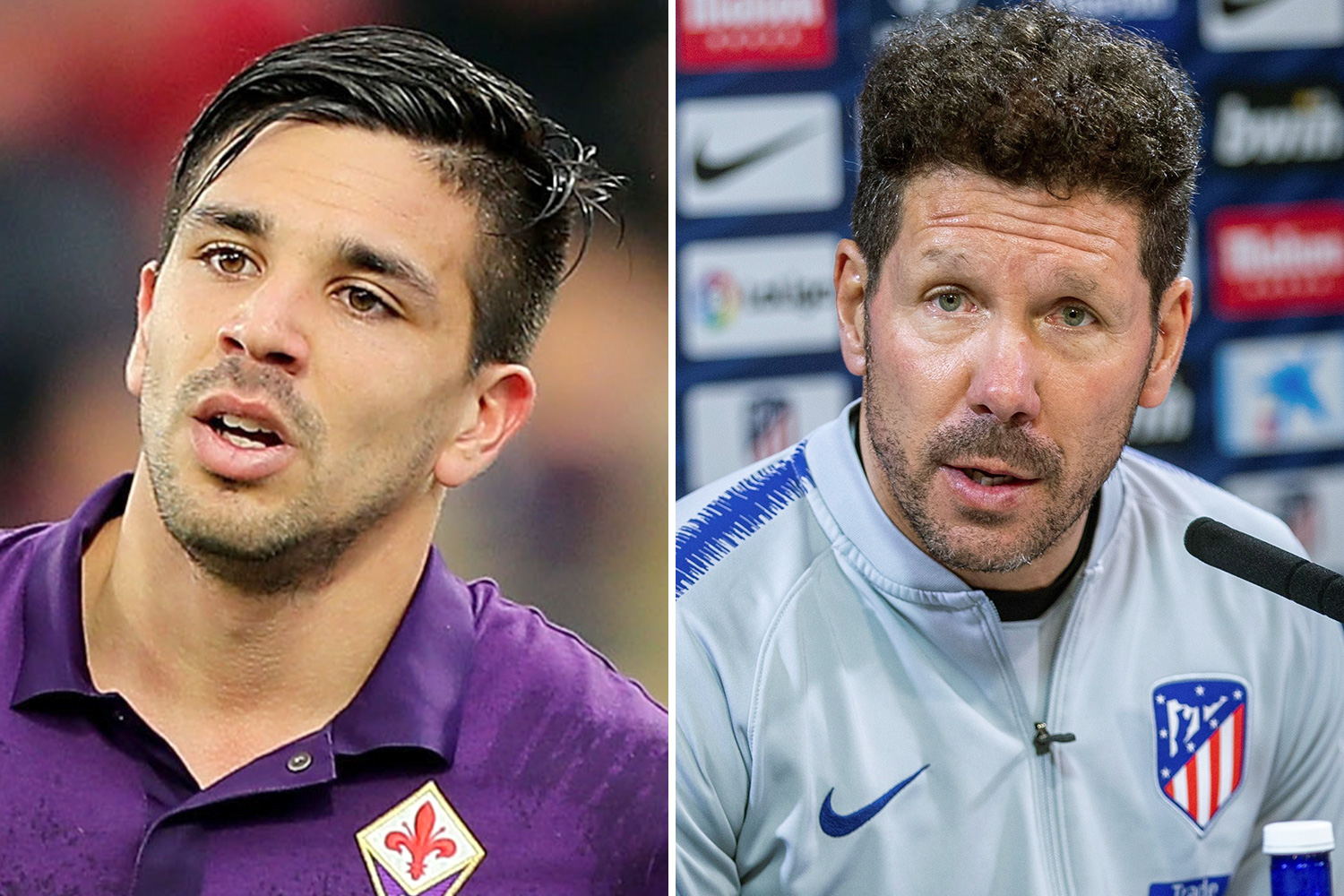 Son of Atletico Madrid boss Diego, Giovanni is one of the few in this group to have already established themselves.

Giovanni, a forward, is on loan at Cagliari from Italian side Fiorentina, having developed at River Plate before spending a year at Genoa.

Usually deployed as a second striker, Giovanni has 11 goals so far this season – as well as breaking into the Argentina team last season. 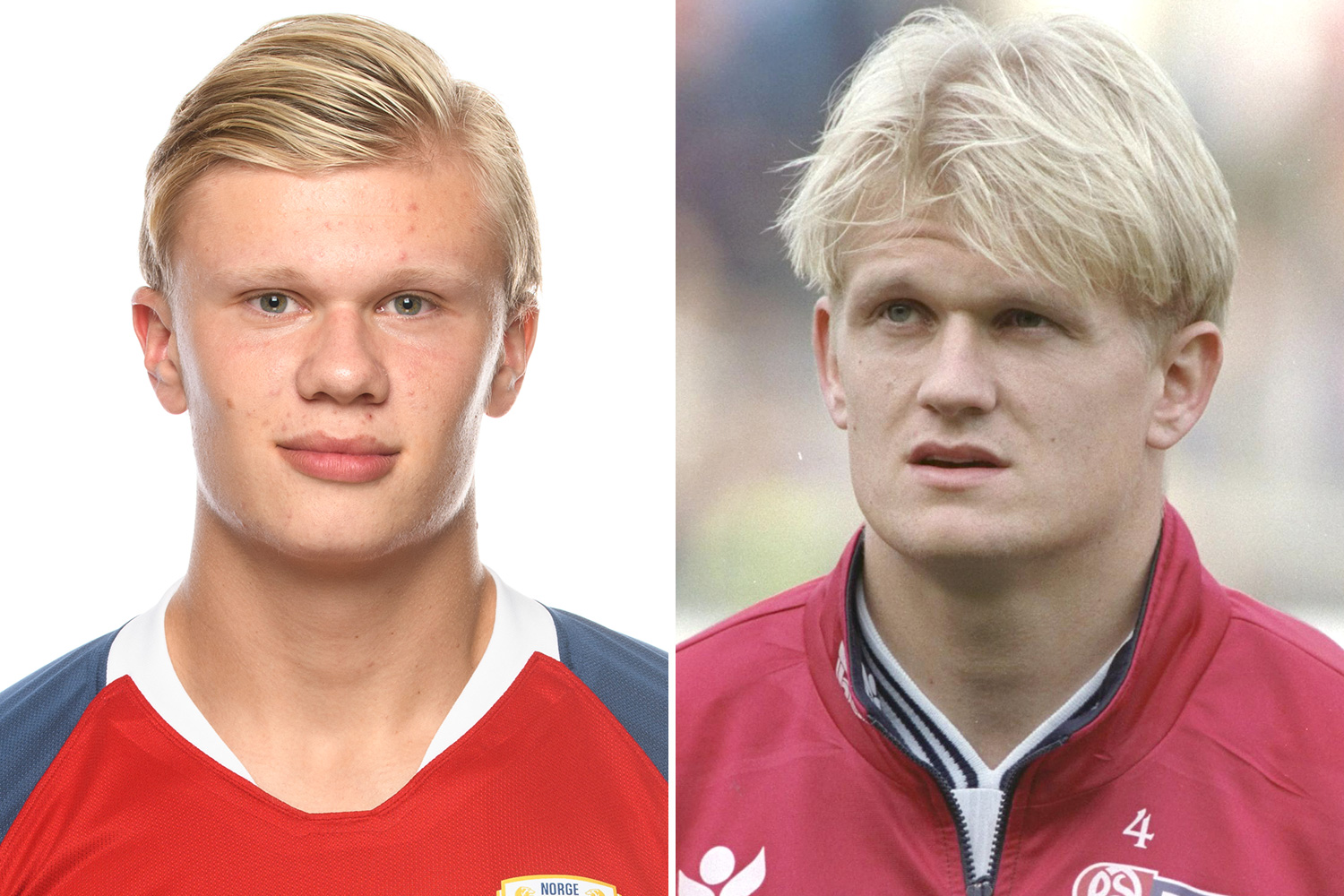 Erling Haaland, son of Man City's Alf-Inge whose career was ended after a horror tackle from Manchester United legend Roy Keane, is one of Europe's hottest properties.

The 20-year-old was mentored by Ole Gunnar Solskjaer at Molde, before smashing in the goals for RB Salzburg.

The hulking centre forward then rejected interest from the Red Devils and moved to Borussia Dortmund in January – banging in an astonishing eight goals in his first five appearances.