The winger, 32, was an unused substitute in the final as Real Madrid beat Liverpool 1-0. 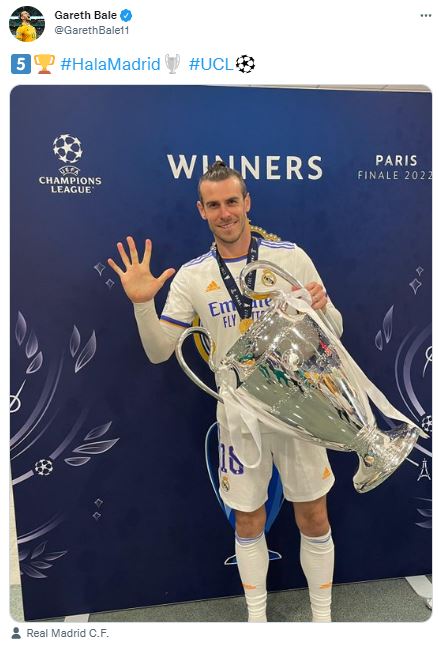 But Bale signed off his career at the Bernabeu after collecting a winners' medal for a fifth time.

Vinicius Jr scored a second-half winner as Bale watched on from the sidelines before gleefully collecting one last winner's medal with Los Blancos.

He even took his place in the front row for the Spanish giants' trophy lift.

The Welsh icon made the difference the last time the two sides met in the final in 2018, scoring an overhead kick and a long-range strike.

And though he said he was ready to take on the Reds once again in Paris, manager Carlo Ancelotti did not call upon his talents.

Despite that several fans on social media were quick to applaud Bale and congratulate him on his fifth Champions League title – the same number as Ronaldo and one more than Lionel Messi.

One fan said: "Can we all just appreciate the #GarethBale is dancing on the pitch laughing his arse off at the fans that hate him – what a fella!" 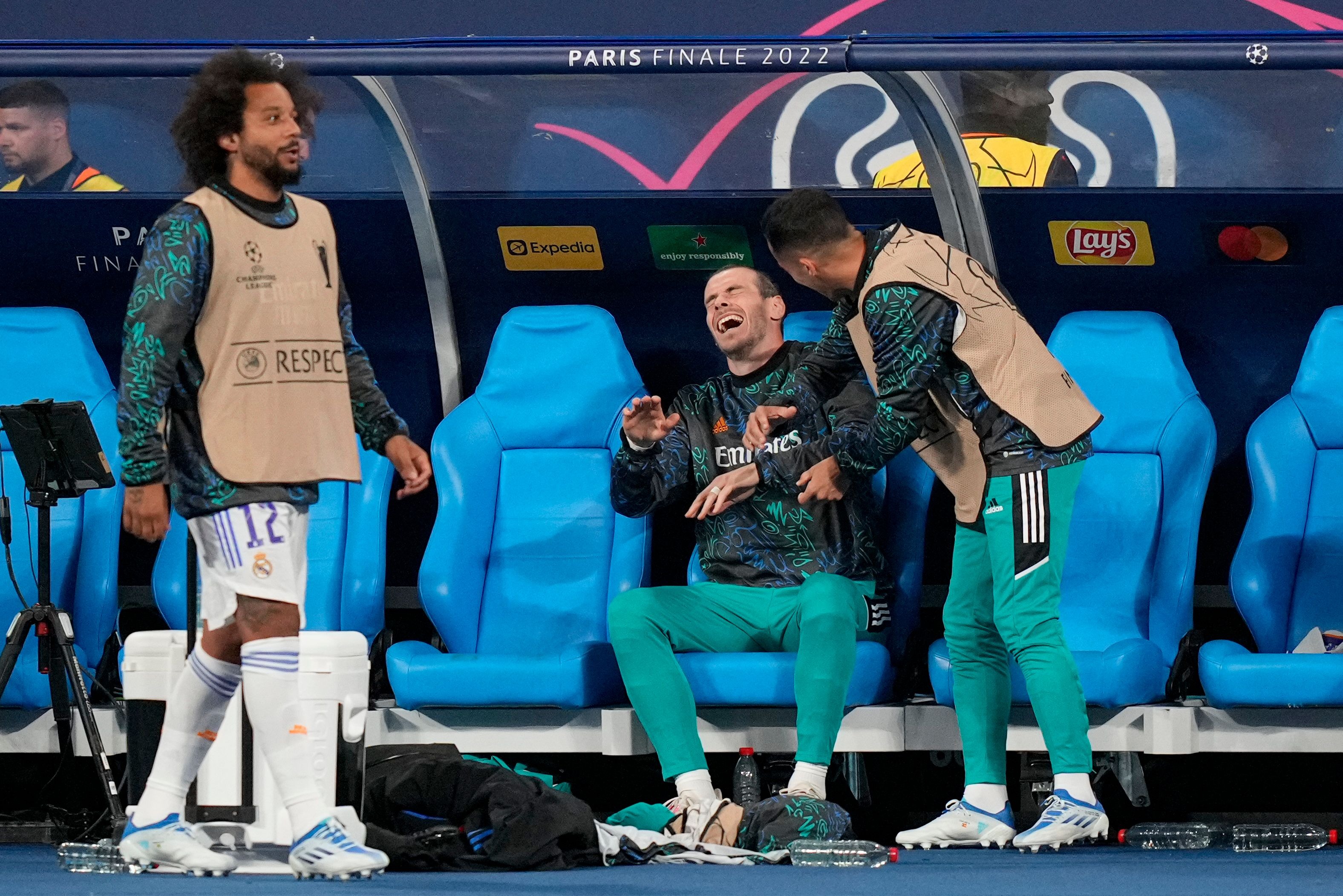 Another added: "Good to see Gareth Bale there. He should be remembered as an absolute Real Madrid legend and one of British football’s greatest exports.

A third wrote: "What a performance by Gareth Bale. MOTM for me."

Bale has concluded his Real career in the best fashion – with his 16th piece of silverware at the club despite only playing against Paris Saint-Germain and Chelsea.

His attention will now turn to international duty with Wales set to take on Scotland or Ukraine in the World Cup play-off final next week.

Bale was already FaceTiming his Welsh team-mates ahead of the Champions League final and has the chance to be the hero for his country once again by firing them to their first World Cup since 1958.