Liverpool extended their perfect start to the season with victory at Chelsea but Manchester City kept up the pressure with a thrashing of Watford.

Elsewhere, Manchester United lost 2-0 to West Ham while Leicester beat Tottenham 2-1 and Sheffield United picked up an impressive 2-0 away win at Everton.

Here’s my team of the week – have a read and select your own below. 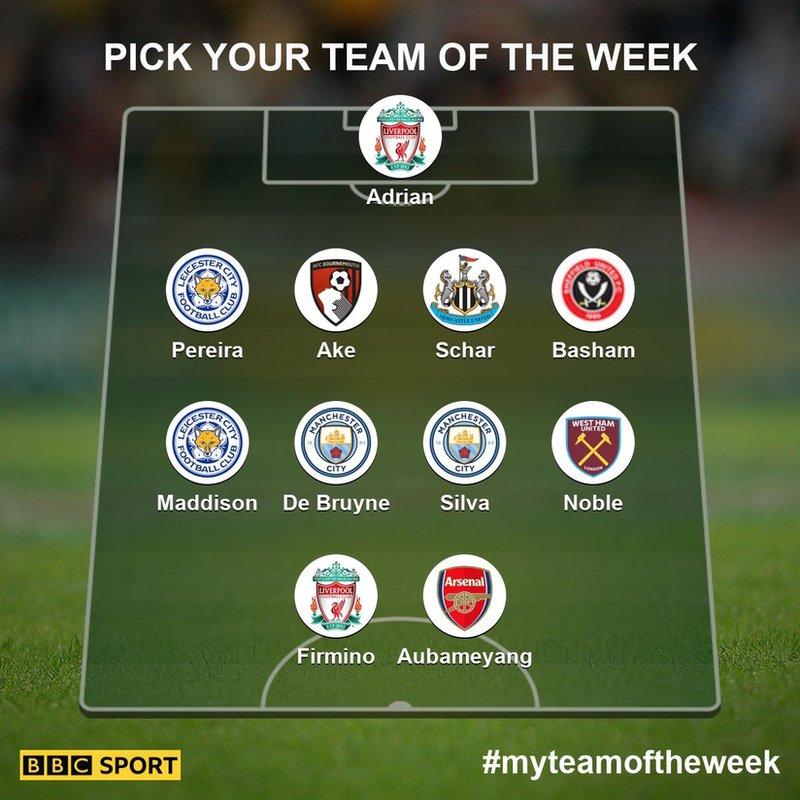 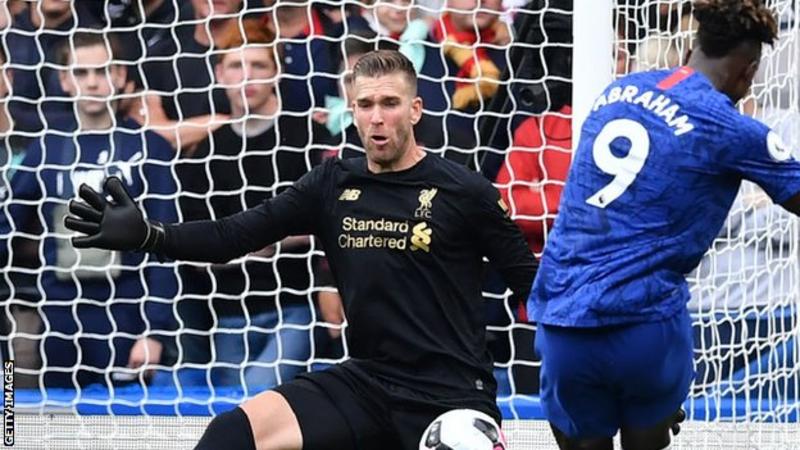 Adrian: The Liverpool stand in goalkeeper seems to get better every time I see him. The save from Tammy Abraham in the game’s early exchanges was as good if not as important as it gets. The Spanish keeper then came for a cross and plucked the ball out of the air with supreme confidence.

It was Adrian’s first-half performance that provided Liverpool with the platform to go on and win this game. Chelsea, on the other hand, had enough chances to come away with a point but too many players fluffed their lines.

When Liverpool start winning games when not playing well it’s a bad sign for the rest of the league.

Did you know? Adrian hasn’t conceded more than once in any of his last nine Premier League appearances, ending on the winning side in eight of these games (one draw). 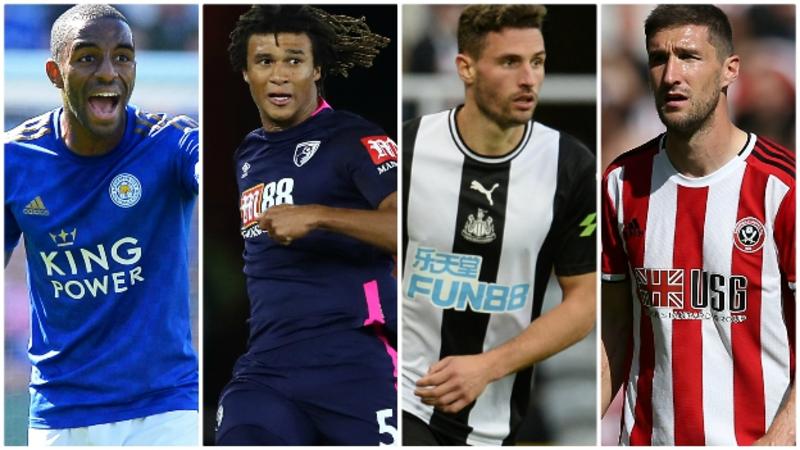 Ricardo Pereira: When full-backs have an appetite for going deep into the heart of the opposition’s penalty area, not only do they catch my eye but I start to take them very seriously. Ricardo Pereira is one such player.

He’s quick and adventurous and not afraid to put himself up for scrutiny in the opposing team’s box. He took his goal well and at a crucial time for Leicester.

As for Tottenham; they are too easily offended by matters that really shouldn’t affect them. They have had more than their fair share of good fortune where VAR is concerned and when the technology goes against them they should be in a position to adjust just as quickly as when it is in their favour.

Did you know? Leicester’s Ricardo Pereira scored his third goal in 41 Premier League appearances – all three have come at the King Power Stadium.

Nathan Ake: The shot of Nathan Ake suspended in mid-air having attacked a set piece and buried a bullet header past Angus Gunn in Southampton’s goal was a picture to behold.

It was not only Bournemouth’s first goal in a historic win against their south coast rivals but a clear indication that the Cherries meant business.

I don’t know what Ake would cost for Chelsea to buy him back but if I was them I would seriously consider it.

Did you know? Eight of Bournemouth defender Nathan Ake’s 11 Premier League goals have been scored from corners, including seven of his last eight in the competition.

Fabian Schar: The chip by Aaron Connolly was a certain goal and it needed something very special from a defender to clear the danger. That moment of magic came from Fabian Schar whose clearance off the line was nothing short of amazing.

The clearance off the line by Schar could, come the end of the season, be Newcastle and Steve Bruce’s lifeline.

Did you know? Since the start of last season, Newcastle have won 43% of their Premier League games when Fabian Schar has started (12/28), compared to just 6% when he hasn’t (1/16).

Chris Basham: I could have selected anyone in the Sheffield United back three but I have gone for Chris Basham.

The 31-year-old is no spring chicken but when it comes to defenders winning headers, putting his body on the line and remaining cool under pressure, then he’s the man.

This was an impressive defensive display by the Blades against an Everton side who seem to have lost their way. When you put players on massive salaries you are entitled to big performances and too many players in blue are not justifying their earnings.

Did you know? No Sheffield United player has made more blocks than Chris Basham (four) in the Premier League this season. 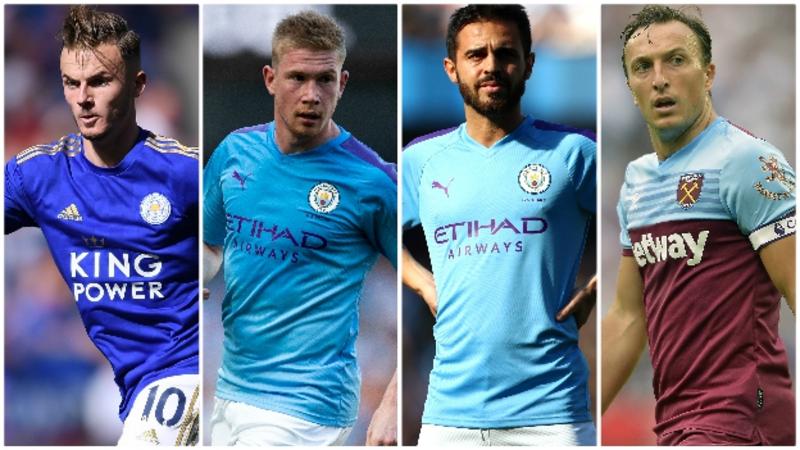 James Maddison: Alas we have found another midfield player whose first thought is can I play forward and not sideways or backwards. James Maddison is fast making a name for himself as a player who thinks of the forward first and not himself.

If Maddison can find Jamie Vardy on a football pitch he will and without a moment’s hesitation. I am sick and tired of stats that tell me that a midfielder has made the most passes when they have spent the vast part of the game going from side to side and backwards.

Maddison’s passes can cut through a defence like a knife through butter and that is why I am convinced this lad can go all the way. Read more about what I have to say about Maddison in the Crooks of the Matter below.

Did you know? Leicester’s James Maddison ended a run of 31 shots in the Premier League without a goal, since netting versus Huddersfield in April.

The ball from the Belgian genius for David Silva to side-foot home killed the Hornets stone dead. What then followed was complete and total humiliation.

The pass that inflicted this mortal wound was so deliberate and precise that there was not one Watford defender prepared to touch it for fear of putting the ball into his own net.

In fact Craig Dawson was so paralysed by the speed and accuracy of the pass into the six yard area he froze as if he had been struck by the ice maiden! At that point Watford knew the game was over and it was all down to the new ‘baby-faced assassin’.

Did you know? Since his Man City debut in September 2015, Kevin de Bruyne has provided more Premier League assists than any other player (52).

Bernardo Silva: Normally you can’t score a hat-trick and not get in my TOTW however I must declare that the main reason for selecting Bernardo Silva is because it gives me a few more sentences to talk about De Bruyne.

By this time Manchester City were 6-0 up and rampant while De Bruyne continued to mercilessly inflict the most brutal passes on the visitors. Silva completed his hat-trick courtesy of yet another deadly missile from De Bruyne who was not just intent on reaping complete and total destruction on Watford but determined to lace their defeat with utter humiliation.

Did you know? Manchester City’s Bernardo Silva scored his first ever top-flight hat-trick in what is his 178th appearance across the English, French and Portuguese top tiers.

Mark Noble: When West Ham beat Manchester United something rather strange tends to be going on.

The Hammers stopped United from winning the title on the last day of the season in 1995; while Carlos Tevez kept West Ham in the Premier League away at Old Trafford in 2007. What took place at the London Stadium was just as spooky.

Mark Noble spearheaded a famous victory against a Manchester United side who looked in disarray and lead by a manager who is starting to look out of his depth.

Whatever sentiment you may have for Ole Gunnar Solskjaer, Manchester United is not a club for novices. 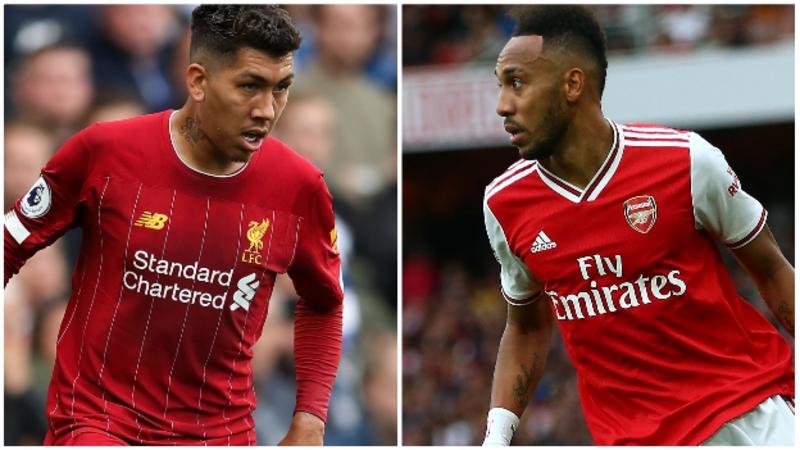 Roberto Firmino: I think VAR is going to be the death of us all in the end. Nevertheless, Liverpool used the technology to their benefit and Roberto Firmino in particular.

There is no doubt in my mind that when VAR comes into action one team suffers and the other gains a massive psychological advantage.

While Chelsea were suffering from VAR’s discovery that Mason Mount’s big toe was offside the Brazil international took complete advantage of the situation and put the game beyond the Blues.

This was not a classic Liverpool performance but even VAR can’t stop a team from winning ugly.

Did you know? Roberto Firmino has been directly involved in 10 goals in his last 11 Premier League games for Liverpool, scoring five and assisting five.

Since his arrival at the Emirates he has rescued Arsenal’s often abject performances and made them palatable. Their game against a plucky Aston Villa who seem to be slowly adapting to life in the Premier League, although it might be a little too slow to survive in the Premier League, was poor and they rely far too much on the Gabon international.

I’ve seen this before when managers use strikers as a get out of jail card and the moment the striker’s goals dry up they are the first out the door. Arsenal owe Aubameyang and when he is struggling, and he will, give him a little latitude.

Did you know? Pierre-Emerick Aubameyang has scored 16 goals in his last 16 games across all competitions for Arsenal, including in each of the last four games in a row (five goals).

You’ve seen my selections this season. But who would you go for?

Crooks of the matter

James Maddison caused a bit of a stir in the BBC Green Room prior to the fixture against Spurs when he was spotted sporting his new Louis Vuitton rucksack. The see-through item looked very interesting not least because we could see everything in it.

I had just arrived at the BBC studios for Final Score to hear a galaxy of star pundits musing over the necessity of such a purchase. I, on the other hand, had just arrived and hearing the fuss picked up a carrier bag and asked the pundits what was wrong with the Leicester and England international using the carrier bag I was now holding in my hand?

I admit it didn’t look particularly sophisticated but it was sturdy, retained a certain discretion and was cheap. I asked my fellow pundits would Maddison have created the same sort of interest had he arrived for work with my carrier bag in his hand – much to everyone’s amusement.

On reflection I think Maddison carrying a plastic carrier bag with his designer fragrance, special electric toothbrush and hair gel would have caused even more controversy.

There is nothing new in professional footballers making fashion statements; clubs pay them the money and they are entitled to spend it anyway they choose. However there is a price to be paid, as far as the public is concerned, for this type of showmanship and it can prove be very costly.

Players who make such statements have to ask themselves, in the final analysis, is it a price worth paying? 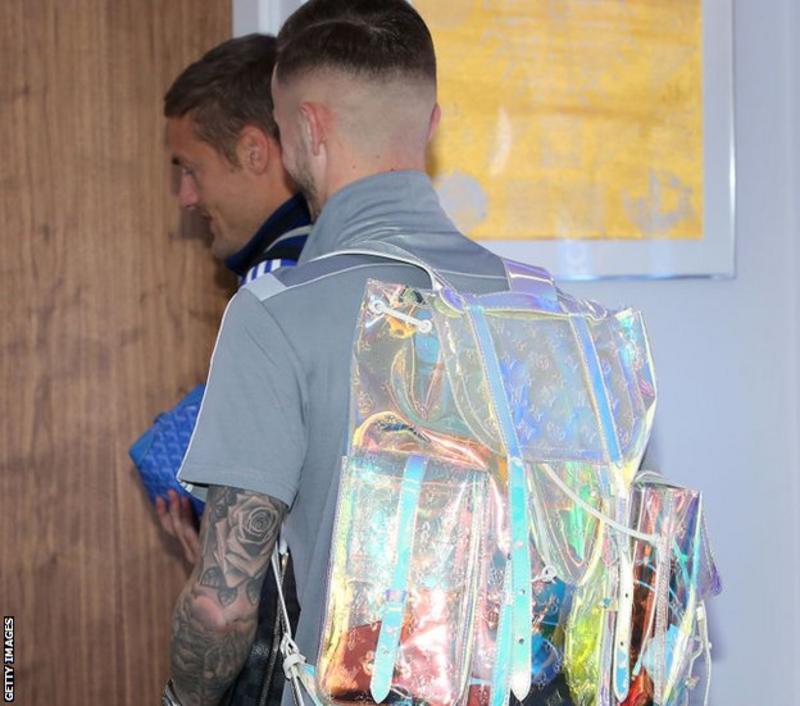