Few players have represented the Yankees’ injury-plagued 2019 season quite like the slugger Giancarlo Stanton. Before Wednesday, he had played in only nine games because of a litany of physical ailments: a left biceps strain; a balky left shoulder; a strained calf; and, most recently, a sprained posterior cruciate ligament in his right knee.

But for the first time since June 25, Yankees Manager Aaron Boone wrote Stanton’s name into the lineup — hitting fifth and starting in left field on Wednesday night against the Los Angeles Angels. A win in that game — or loss by the Tampa Bay Rays against the Dodgers — would clinch the Yankees’ first American League East title since 2012.

Stanton’s return came at a critical time. With a week and a half remaining in the regular season, he will finally get an opportunity to face major league pitching in preparation for the playoffs, which the Yankees will most likely begin in the American League division rounds on Oct. 4.

And with Mike Tauchman done for the season, Aaron Hicks also unlikely to return this year and Cameron Maybin playing with a sore wrist, the Yankees’ outfield desperately needs Stanton, a four-time All-Star and the winner of a Most Valuable Player Award.

“Our urgency to get G back has never changed,” Boone said over the weekend.

Because the minor league season ended earlier this month, Stanton, 29, has continued his rehabilitation at the Yankees’ spring training facility in Tampa, Fla., in recent weeks, facing minor league pitchers in the instructional league. He flew to New York on Tuesday and was cleared to come off the injured list after meeting with Boone and the team’s training staff.

Boone will ease Stanton back into major league action. He said Stanton was slated for about four or five innings in the field on Wednesday, and was expected to play the entire game on Thursday as a designated hitter. In his first at-bat on Wednesday, he smashed a fastball into left-center field for a standup double.

In Tampa, Stanton was able to do all of his agility, defense and baserunning work without any apparent lingering trouble in his knee, Boone said. Stanton initially hurt the knee sliding into third base during a game on June 25.

When healthy, Stanton can be one of the best power hitters in baseball. The Yankees acquired him and the remainder of his 13-year, $325 million contract after he hit 59 homers during his National League M.V.P. campaign with the Miami Marlins in 2017.

Last season, Stanton hit .266 with 38 home runs, 100 runs batted in and an .852 on-base-plus-slugging-percentage — productive but well off his otherworldly previous season. Most of all, Stanton played in 158 games despite nursing a bothersome hamstring in the second half. This season has been much different.

“It’s been brutal on my side, but it’s been really good to see the team playing so well,” Stanton said last month. “That’s what’s kept it not so bad for me.” 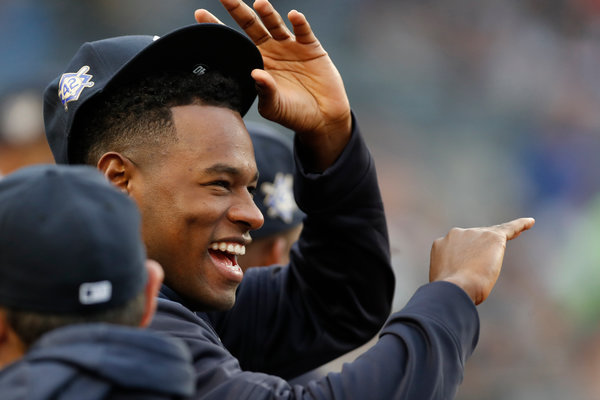 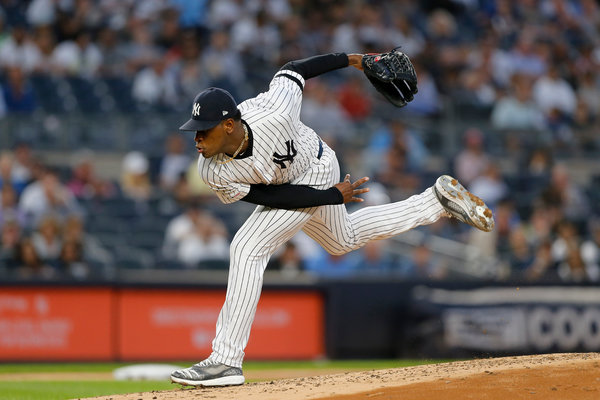 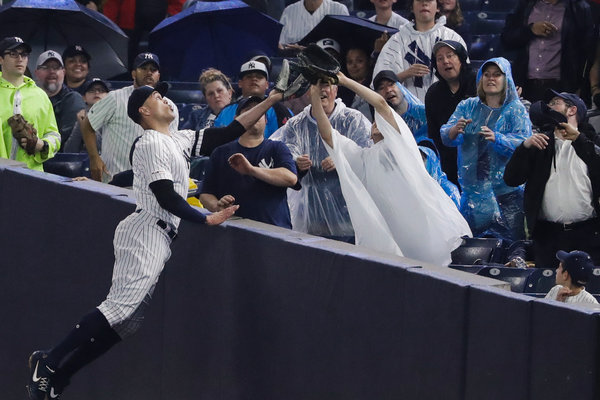 James Wagner has covered baseball — the Mets for two and a half years and now the Yankees — for The New York Times since June 2016. Previously he worked at The Washington Post for six years, including four covering the Nationals. @ByJamesWagner • Facebook