The referee stopped the fight with Akkawy unloading on Fonseca on the ropes, taking the 25-year-old's record to 19 wins and a draw with 14 knockouts.

Lauded as one of Australia's heaviest hitters, Akkawy's big opportunity came after his explosiveness captured the attention of superstar Canelo Alvarez in May. 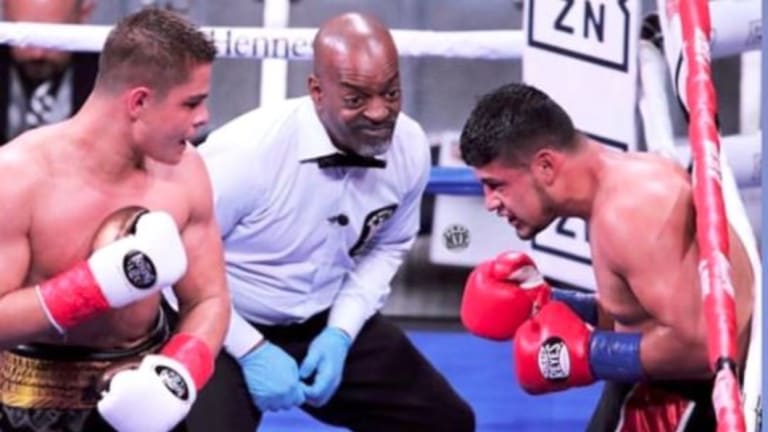 In a "surreal" life-changing experience, Akkawy accepted an invitation to spar with Alvarez in the lead-up to the Mexican's showdown with Gennady Golovkin in September.

The emerging force has taken his boxing to new levels during his four-and-a-half-month stint with Alvarez, culminating in his crushing win at Madison Square Garden.

Later on Saturday night at the same venue, Alvarez landed dozens of body punches, knocking down Rocky Fielding four times and stopping him in the third round to earn his third weight class title, taking the WBA super middleweight belt.