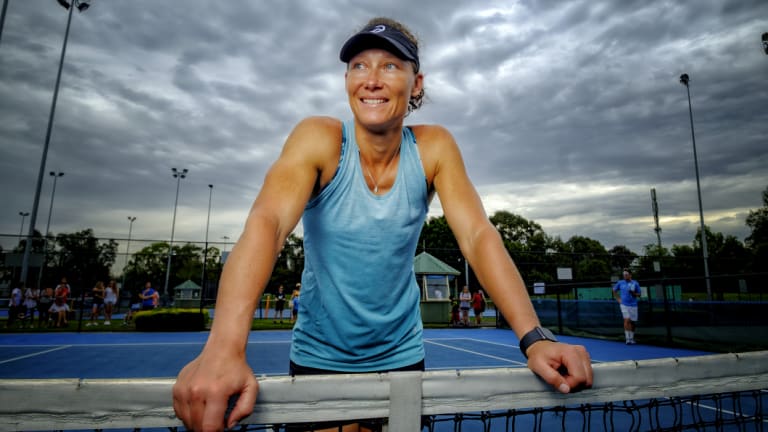 With three countrywomen slotted ahead of her in world rankings, expect the glare of the spotlight to be shifted away from Sam Stosur, even ever so slightly, when the tennis caravan rolls into town this summer.

As a regular fixture around the world’s top 20 in recent years and the only Australian woman to claim a singles major in the past 40 years, expectation has come with the territory for the Queenslander.

It's usually this time of year when hopes start to rise that Stosur will push into the second week, possibly even the penultimate day of the tournament, at January’s Australian Open.

Almost every year, however, it doesn’t work out that way. The 2011 US Open champion has only twice reached the round of 16 at Melbourne Park and, most noticeably, four times she has exited in the first round.

Stosur doesn’t need to be reminded that her past three campaigns in Melbourne have finished at the first hurdle. But, to her credit, she doesn’t shirk the inevitable questions.

"I think sometimes, a couple of [the] years, maybe that [the expectation] has been hard for me to kind of deal with, or handle as best I can," the 34-year-old says.

I’m certainly not the only player who doesn’t win too many matches through January.

"Sometimes, you know, it’s hard starting at the start of the year and I’m certainly not the only player who doesn’t win too many matches through January."

Then, with a laugh: "But because I’m Australian it seems so much worse for me than anyone else!

"I think there’s probably a bunch of different reasons why I may not have been able to play my best tennis in Australia."

Having only recently returned to work with her childhood coach Nick Watkins, Stosur is optimistic that a focus on refining technical aspects of her game, coupled with a pre-season training block that included time spent hiking to recharge the batteries, will pay dividends.

"There have been some really specific things that I’ve been trying to work on since being with Nick. [But] they’re not necessarily going to be easy to just [implement]," she says.

Stosur knows the real test to trust the technical adjustments will happen when there’s an opponent across the net.

"You start playing against different players, and they put you under pressure, so it’s now always as easy as when you’re drilling it and grooving it, and everything’s going great," she says. 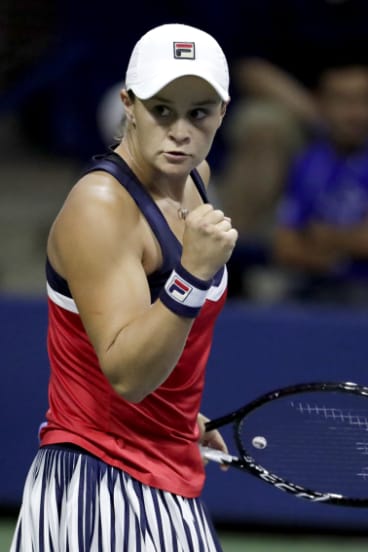 Ash Barty has taken much of the pressure from Stosur’s shoulders.Credit:AP

"It’s really important for me, especially over January and probably the first couple of months on tour [to say] ‘All right, it’s not necessarily going to be so easy to stick with it’. And I think that’s going to be a real goal to [say] ‘No matter what, really try and keep down that path’ and I guess not fall back into the old habits."

Stosur, ranked 72nd after working her way back from a persistent wrist injury, reconnected with Watkins – who last mentored her during her teenage years – after a stint with Josh Eagle.

And with the pressure now firmly resting on the shoulders of fellow Queeslander Ashleigh Barty, ranked a career-high 15th and seemingly on course for the world’s top 10, Stosur agrees there could be scope for her to loosen up.

"Yeah, probably," she says with enthusiasm.

"I never want to be out on court feeling uptight, or the anxiety kind of creeping through.

"It’s never been a spot where you want to play, no matter whether you’re here, or in China, or in the States. It doesn’t matter – you never want to feel like that on court.

"Regardless, that’s what I’m always trying to work towards – being better and more relaxed, kind of free flowing and just being able to play.

"You just want to show what you can do any time you step out on court."

One thing is clear when speaking to the good-natured Stosur, so often being the centre of attention through January hasn't been a burden.

"I love playing here. I really do enjoy it," she says.

"Sometimes it may not look like that, but I do enjoy playing with the home-crowd support.

"And I know I’ve got that behind me no matter where I’m playing – Brisbane, Sydney, Melbourne, whatever.

I know there’s not a heap of time in front of me.

Having famously beaten Serena Williams in the US Open final seven years ago to claim her solitary major – along with four forays to at least the final four on her favoured clay surface at the French Open – Stosur remains convinced she can continue to compete with the world’s best, even though retirement is somewhere on the horizon.

"Obviously I know there’s not a heap of time in front of me," she said.

"I think as long as I feel like I can compete out there, and play with the best players in the world and feel like I’m still capable of doing that, I’m going to keep playing.