Glentoran's Elliott Morris over-hit his free-kick downfield but it caught out Institute stopper Glenn Gallagher, who could only spill the ball into his own net. 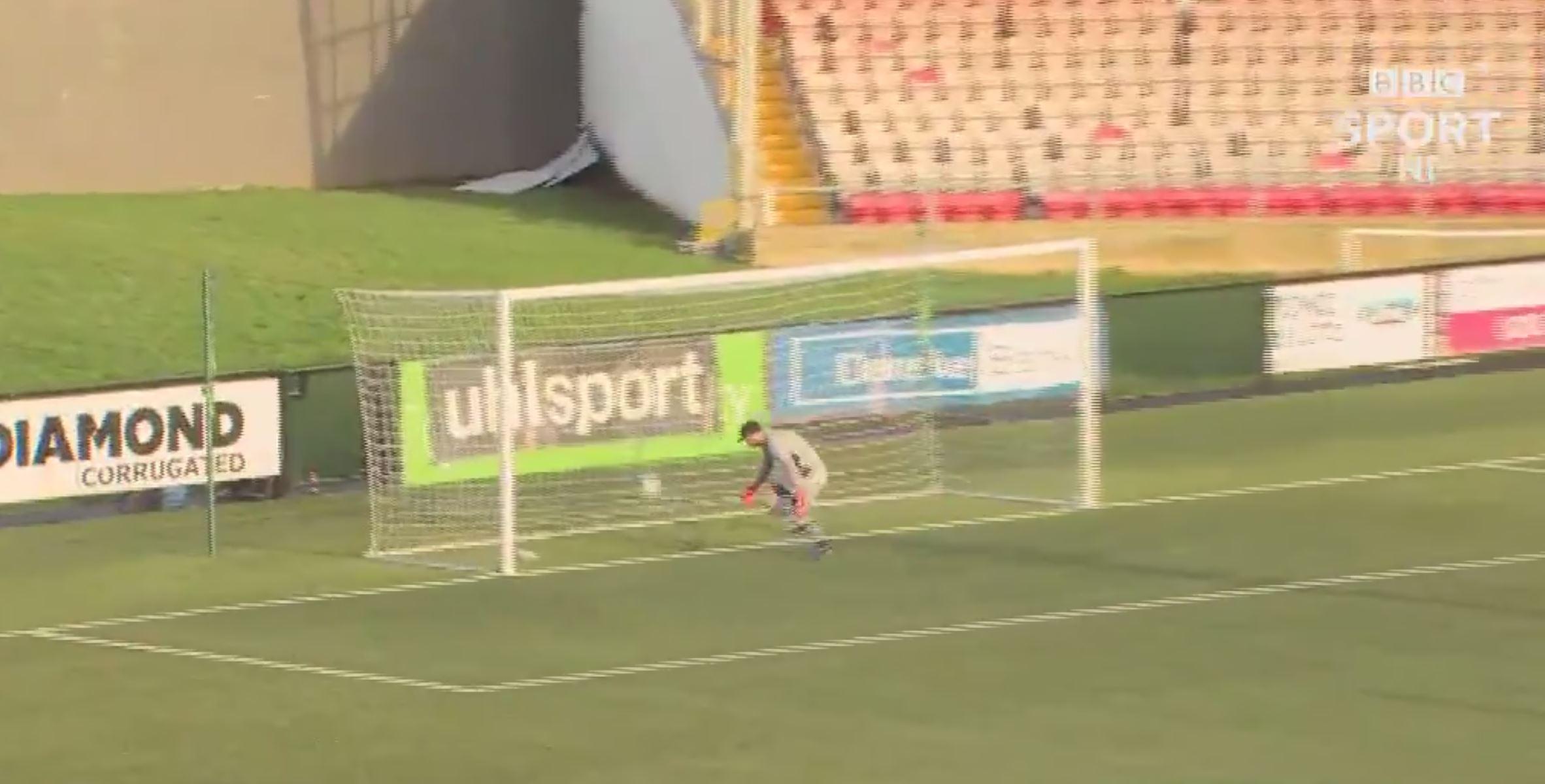 The goal came in just the 11th minute of the Irish top flight fixture at the Riverside Stadium, and put the hosts – who eventually ran out 2-0 winners – into the lead.

Morris, 37, then added insult to injury by running up the touchline to celebrate in front of the jubilant travelling supporters.

And during an otherwise poor campaign for The Glens, it gave the fans – many of whom would have a 150-mile round-trip for the game – something to shout about at last.

The goal makes Morris the first goalkeeper to score in the division since December 2010. 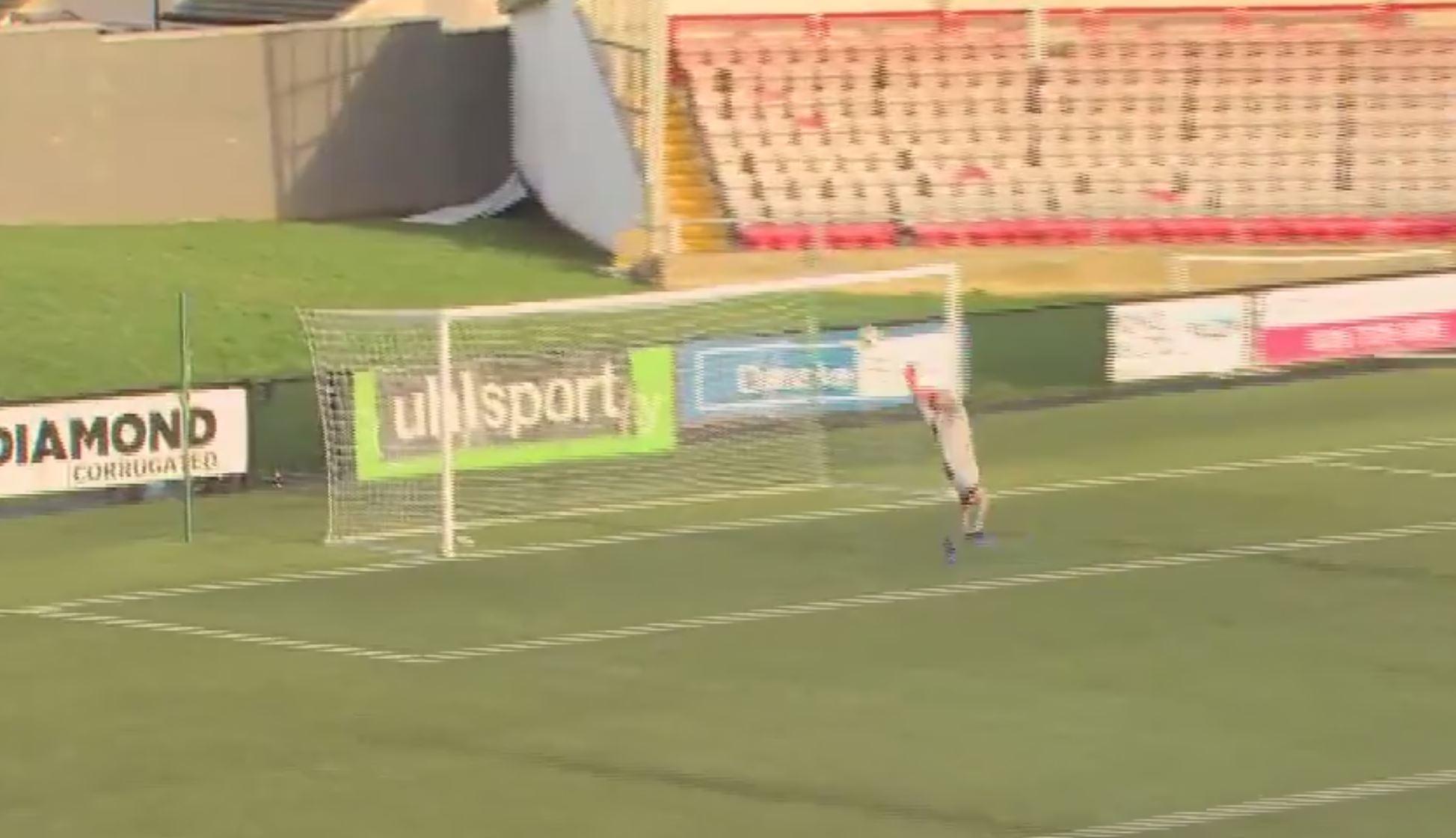 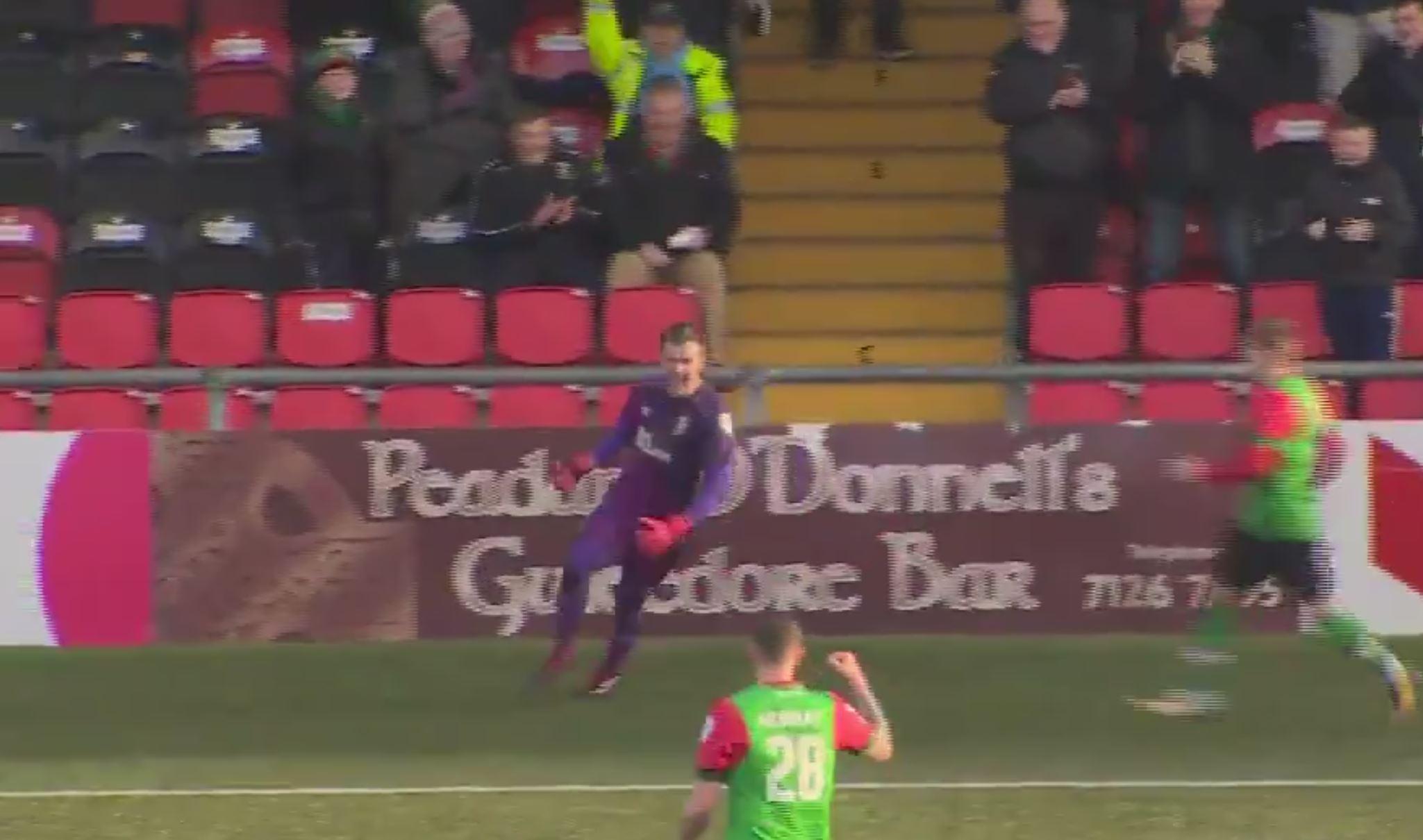 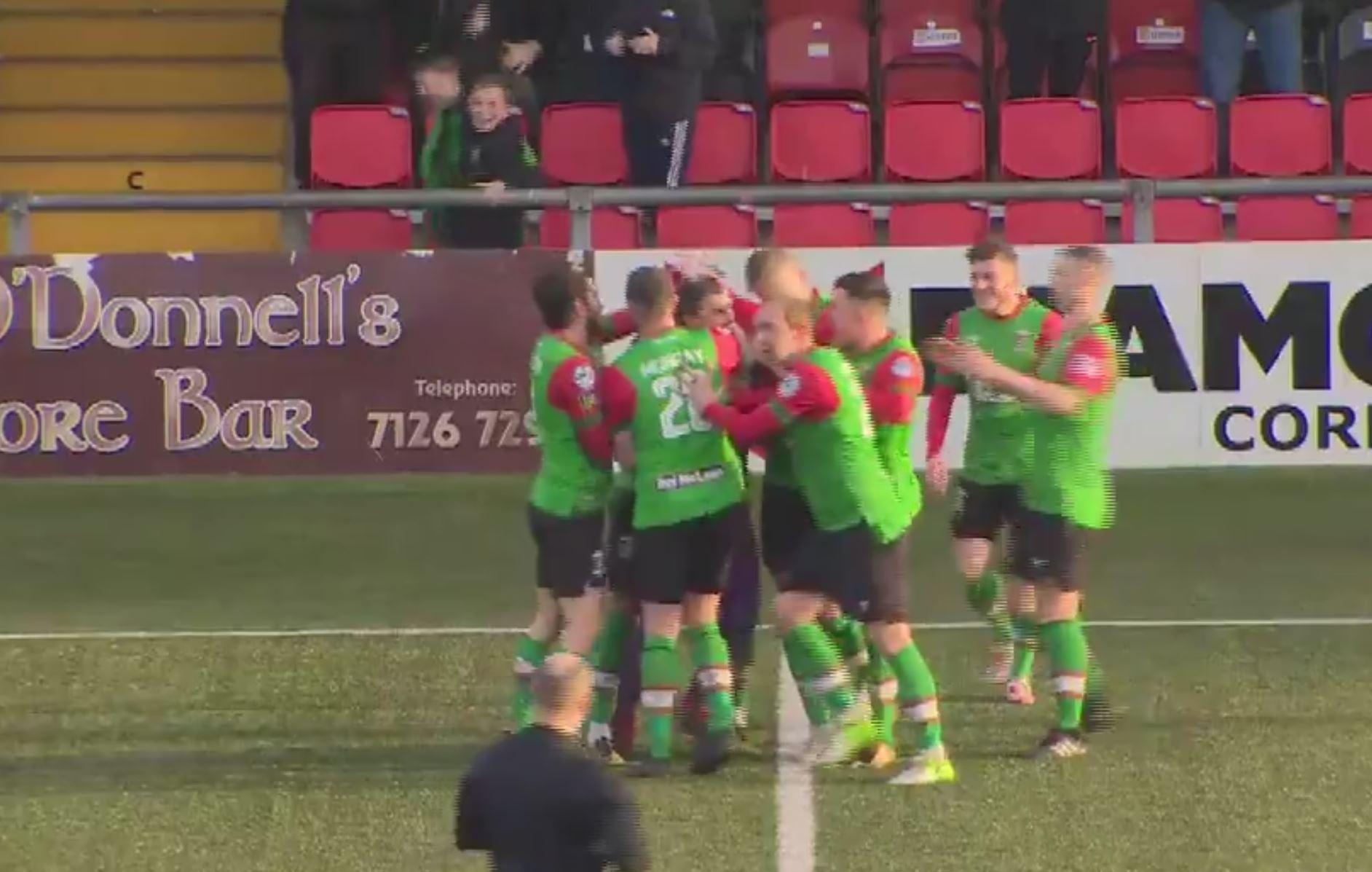 John Connolly's penalty for Cliftonville against Linfield was the last time a custodian had found the score sheet.

Unsurprisingly it was Elliott's first senior goal on what was his 723rd appearance.

He has spent his entire senior career with the club, following spells at West Brom and Doncaster Rovers.

However, Morris has never been recognised at international level, only playing for Northern Ireland's Under-21 and B sides.