PEP GUARDIOLA wrote to 114 Manchester City fans offering them VIP tickets to their clash with Shakhtar Donetsk as thanks for their support in Ukraine.

The Spanish chief personally scribbled a note to every, single City supporter who travelled to Donetsk for their 3-0 Champions League win in September. 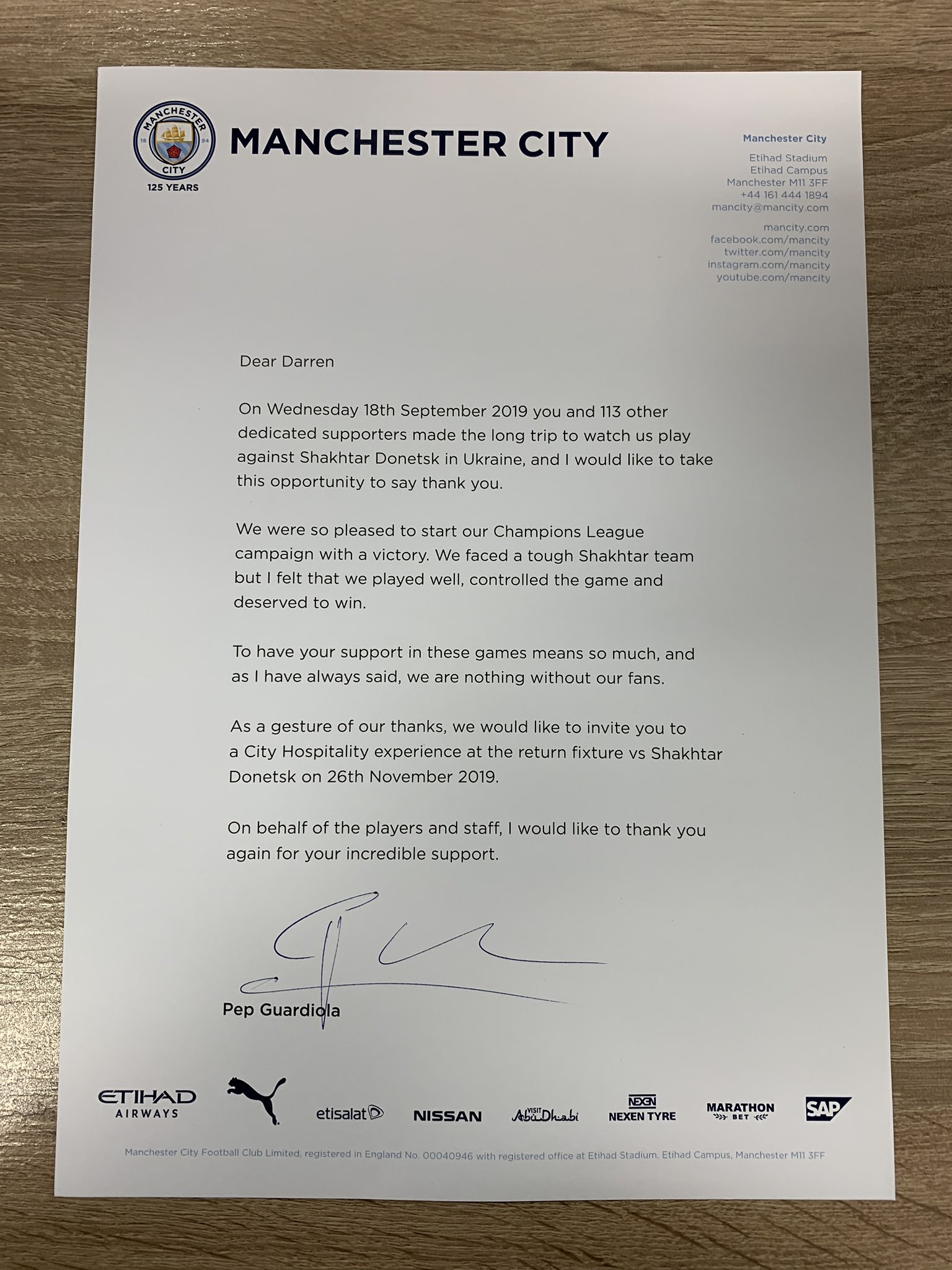 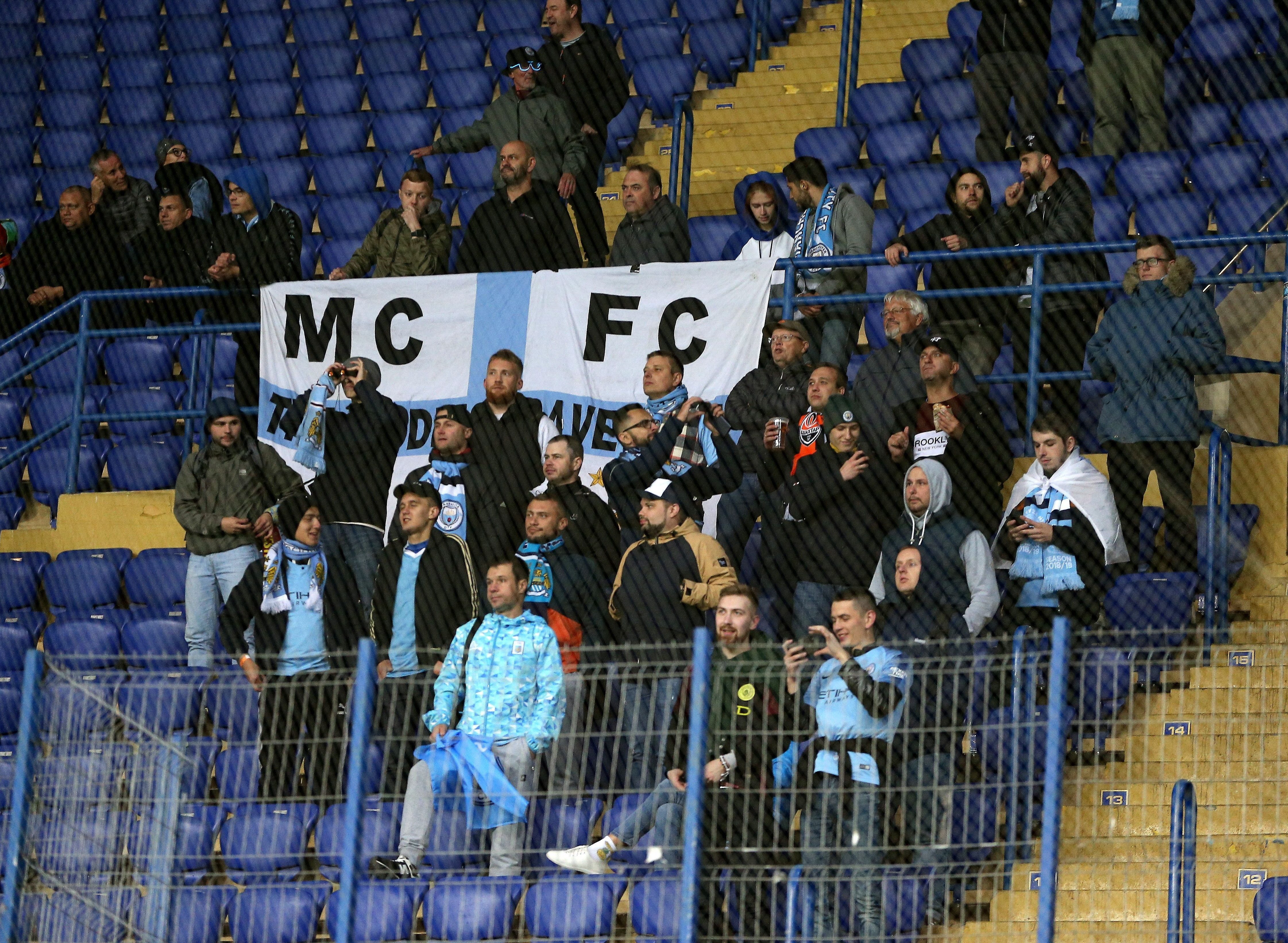 A little over 100 fans made the 4,000-mile round-trip to Ukraine – but were treated to a thumping victory courtesy of goals from Riyad Mahrez, Ilkay Gundogan and Gabriel Jesus.

Now Pep has invited the dedicated fans to enjoy the full VIP treatment for the return game at the Etihad at the end of this month.

One City fan, Darren Page, shared a picture of the letter he received from Guardiola on Twitter.

It read: "Dear Darren, on Wednesday 18th September you and 113 other dedicated supporters made the long trip to watch us play against Shakhtar Donetsk in Ukraine, and I would like to take this opportunity to say thank you.

"We were so pleased to start our Champions League campaign with a victory.

"We faced a tough Shakhtar team but I felt that we played well, controlled the game and deserved to win.

"To have your support in these games means so much, and as I have always said, we are nothing without our fans."