THE WAIT is over and the new Premiership season finally returns on Friday night.

Bristol Bears get the party started at at Ashton Gate against Saracens and SunSport have the lowdown on all 13 teams ahead of this unique rugby union season. 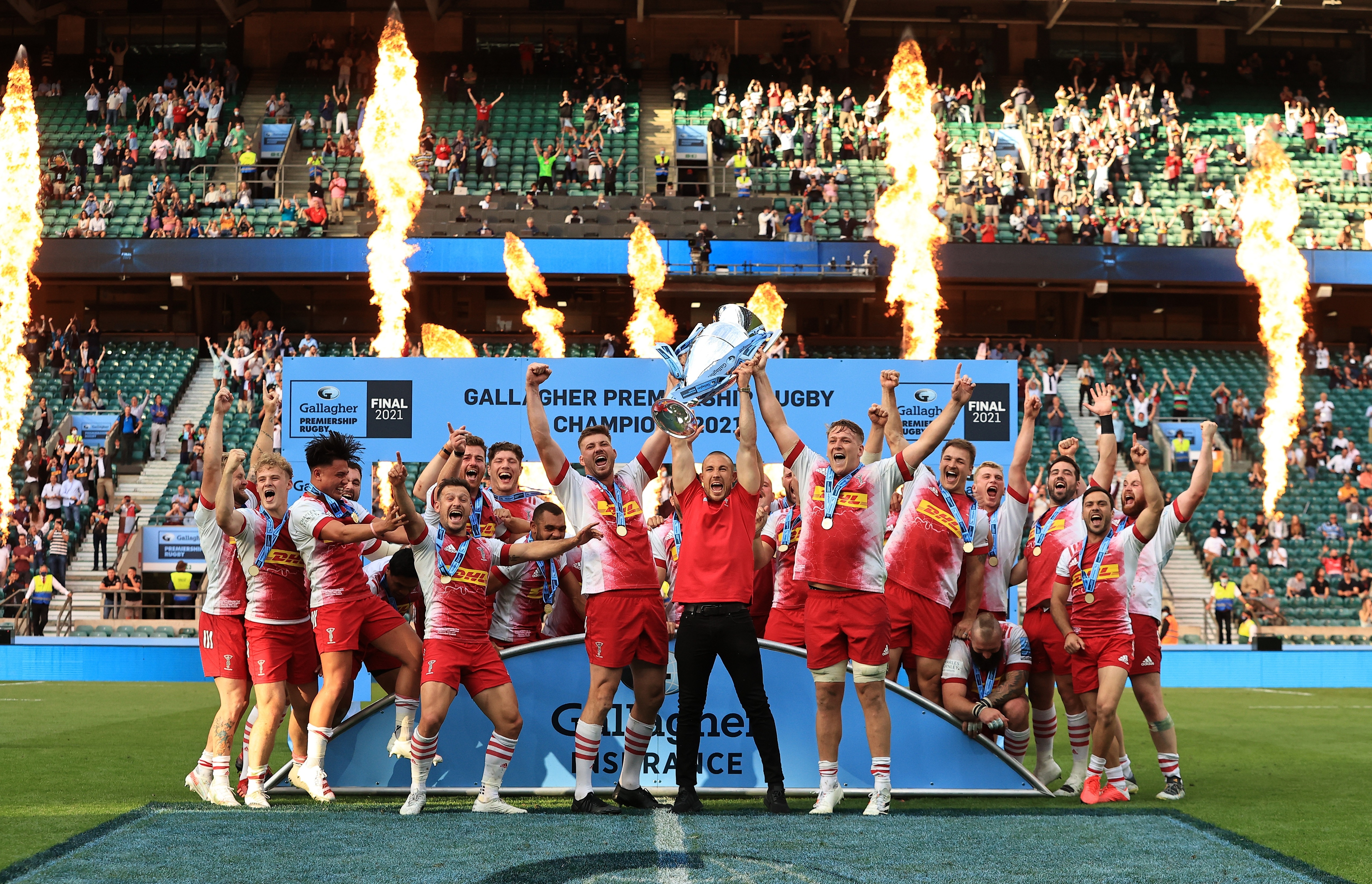 Title chances: BIG-SPENDING and ambitious Bath are the Arsenal of the Premiership.

Expect to see some nice stuff played down at The Rec, but don't expect a title chase.

For too long the West Country side have been way too powder-puff and lack the killer-instinct and staying power to replicate to their glory years.

Star man: Danny Cipriani – Now at his fourth and likely final Premiership club, the exiled England fly-half, 33, is still a joy to watch – but does he still want it after his failed stint at Gloucester?

One to watch: Max Ojomoh – Son of England and Bath's ex no.8 Steve. Classy runner and this should be his breakthrough season with Jonathan Joseph, 30, struggling for form.

Bristol will never hibernate in games and after being humbled by Harlequins in last year's semi-final, they have the pain of getting so close to Twickenham to fuel them to a final this season.

Star man: Semi Radradra – Flying Fijian was superb in the Covid year and the outside centre drags others around him up to his world-class levels.

One to watch: Harry Randall – England scrum-half had to sit out a large chunks of last season injured and will have a point to prove this year with boss Pat Lam also bringing in Tom Whiteley from Saracens to push him.

It was Exeter's title to win and they bottled it, and with their nemesis Saracens now back, this season will be even tougher.

Star man: Jack Nowell – If the Lions and England superstar can stay fit, then they can continue to keep up their trophy hunt

One to watch: Josh Hodge – England boss Eddie Jones is keen on the free-running full-back who has Stuart Hogg and Jack Nowell in front as his competition. 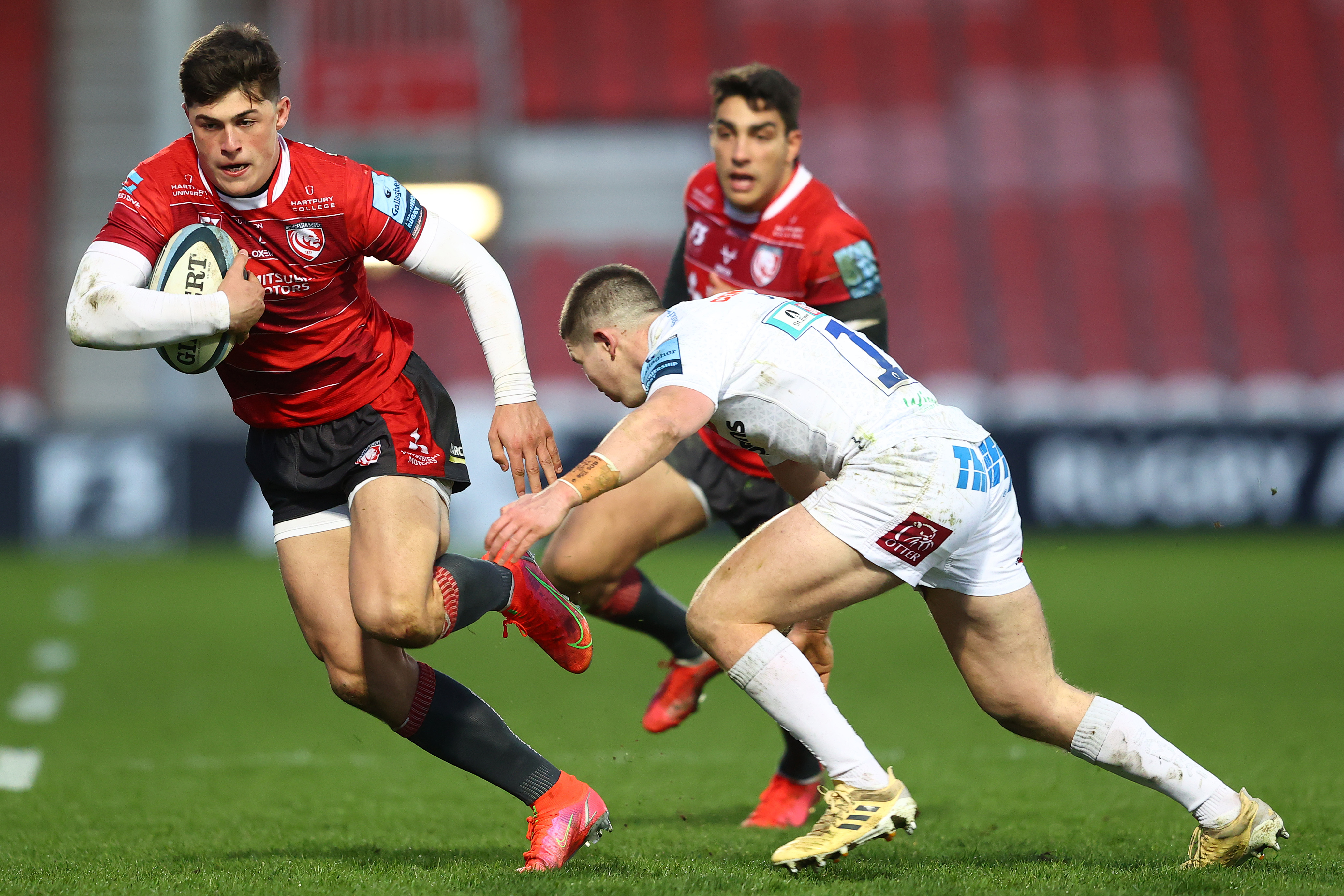 Title chances: THE CHERRY and Whites have joined Bath in the West Country's dumping ground for sides who used to rule the roost.

Expect them to be scratching around at the bottom of the table again.

Star man: Louis Rees-Zammitt – Couldn't force his way into the Lions Test side and the 20-year-old Wales winger will be a marked man this year.

One to watch: Adam Hastings – Son of Scotland and Lions great 'Big Gav' – all hopes have been pinned on the fly-half to try and do what Danny Cipriani couldn't and drag them out of the doldrums.

Title chances: WELL, no one gave them a hope in hell last season, and they only went and won it!

With new boss Tabai Matson leading the Londoners they need to prove that their shock Premiership win wasn't a fluke.

Star man: Marcus Smith – The face of English rugby for the next decade.

Was superb for the Lions in his one-game wonder in South Africa and is still just 22.

One to watch: Louis Lynagh – Winger broke through next season, but could the son of Aussie World Cup winner Michael now get an England shot? 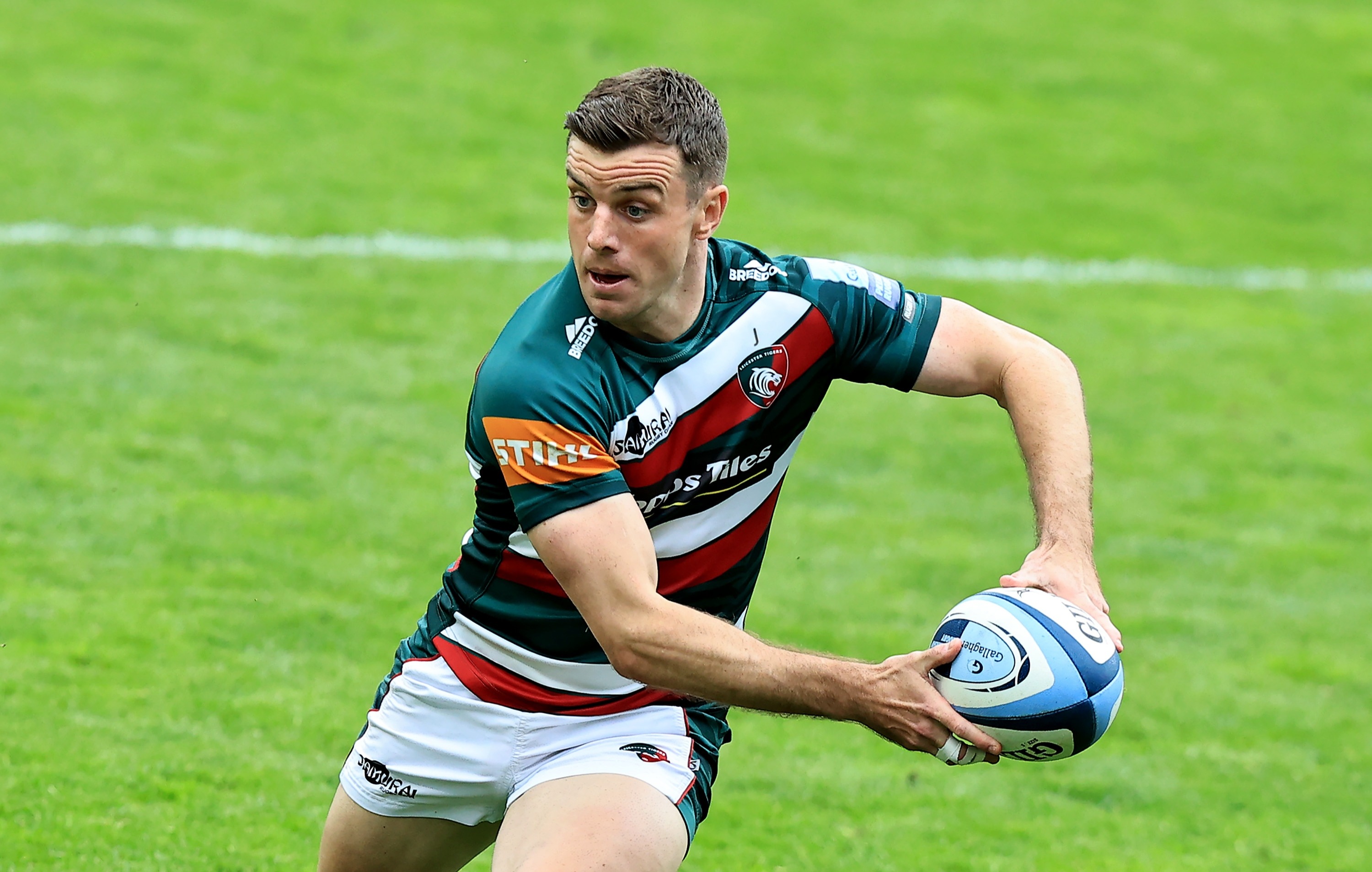 Title chances: STEVE BORTHWICK has his feet under the table at Welford Road and now it's time to see if he can live up to the hype.

The much heralded ex England no.2 shies away from the limelight but has a big reputation in the game as he starts his first proper season as a no.1.

Star man: George Ford – Needs a big season for club and country with Marcus Smith surely now above him in the England pecking order.

One to watch: Freddie Steward – Classy full-back was a standout performer last season and now has to consistently stand up for the Tigers.

Title chances: THERE'S something in the water down at Brentford.

Irish looked reborn in their new home and started to play like they did in their Madejski Stadium glory years. Fly-half Paddy Jackson is key to them climbing the table and proving they aren't bottom feeders.

Star man: Ollie Hassell-Collins scored 13 tries last season and they will need the flying winger to better that this year.

One to watch: Tom Parton – Another English full-back who is putting his hands up for international honours. 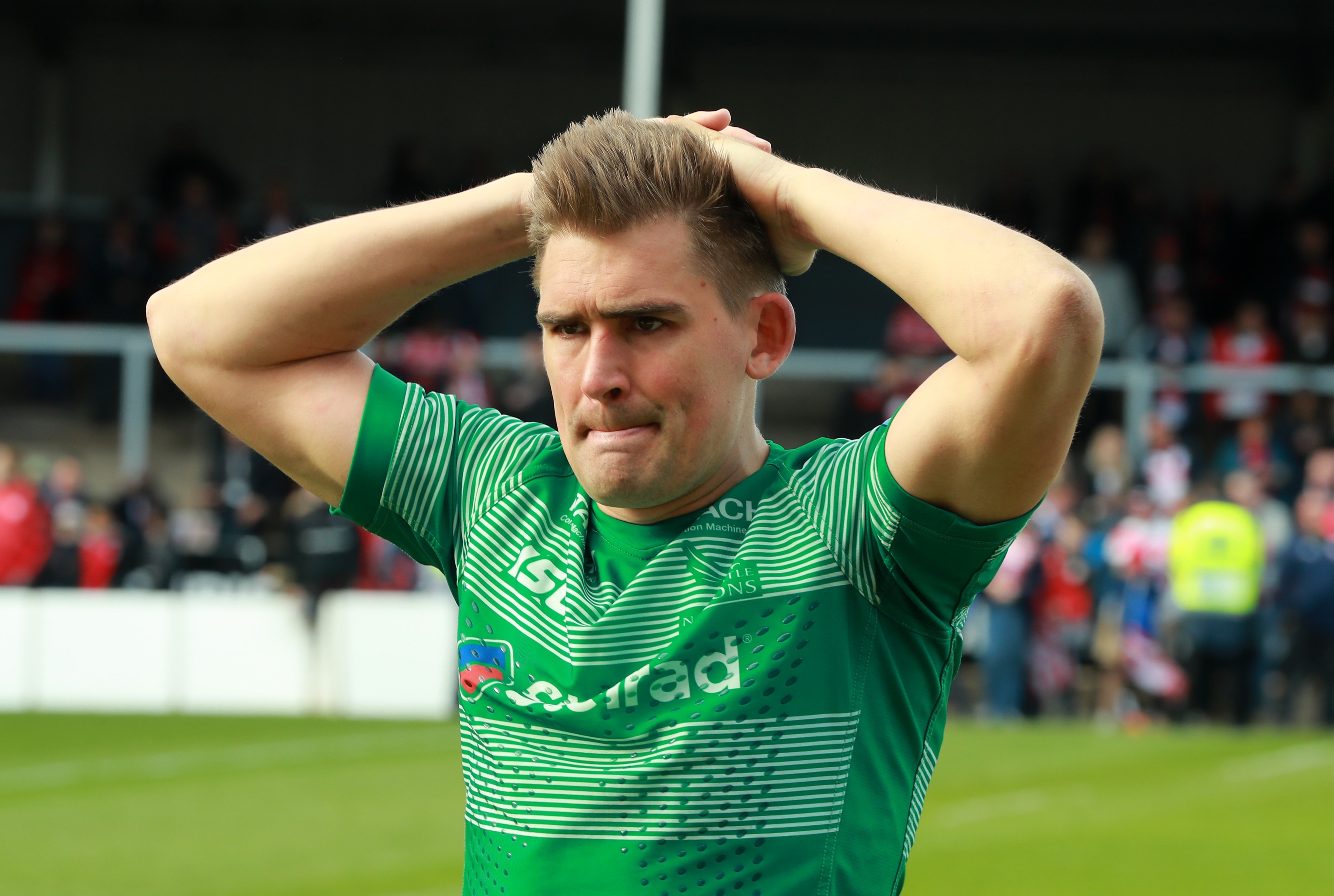 Title chances: THEY will always produce a few shock wins at home, but even though they have a new-look coaching staff with Toby Flood on board, they lack the players to properly compete with the top half of the table.

One to watch: Mike Brown – Mr Angry has a point to prove after being dumped by his first love Harlequins.

Chris Boyd's squad are maturing, but there are still doubts over whether they have the nous to win big games to fire them into the play-offs.

Star man: Courtney Lawes – The ultimate talisman. Was superb on the Lions tour and needs to replicate that kind of form for his boyhood club.

One to watch: Ethan Grayson – The third Grayson off the Franklin's Gardens production line, people say this guy is the real deal, too.

Title chances: THEY aren't shy to make waves in Manchester.

But with Cristiano Ronaldo back in the city they will have even tougher competition in fighting for attention.

A fast start with Manu Tuilagi staying fit would be the dream before their big-name South Africans return later this year.

Star man: Tom Curry – Captain, leader – future legend. The Lions flanker added leadership credentials to his CV last season and the sky's the limit for him.

One to watch: Raffi Quirke – pocket-rocket scrum-half who can step up even more with Faf de Klerk missing most of the season with South Africa's Rugby Championship defence. 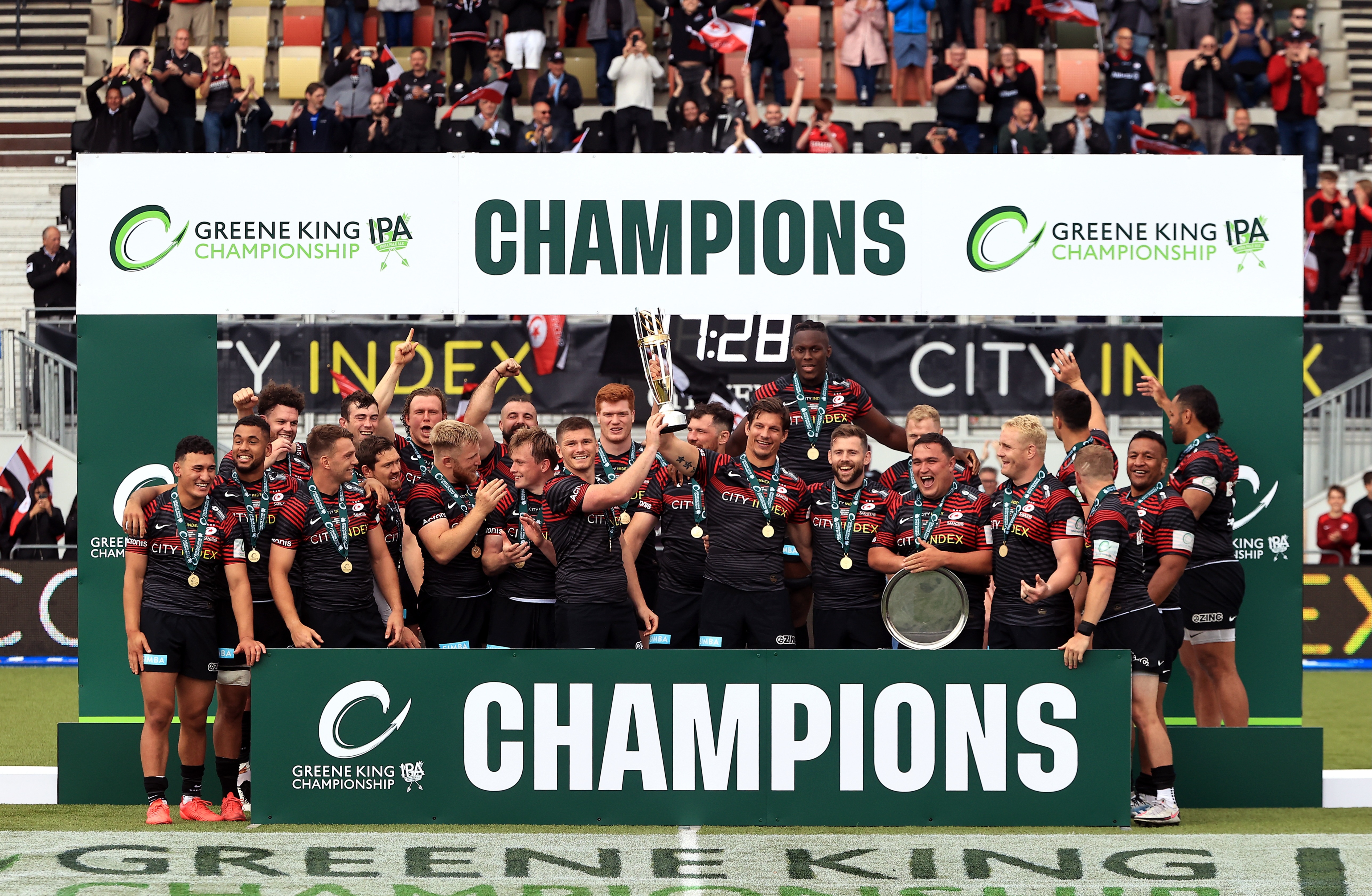 Title chances: THEY couldn't, could they? Of course they could, and, they probably will rise from the ashes of relegation and salary-cap cheating shame to land another trophy.

Mark McCall's side need no motivation – every other fan and club hates them, just like before.

However – there is still no better side than them at talking that disrespect out on their rivals. Watch out.

Star man: Maro Itoje – Proved his status as one of the best forwards in the game despite losing the Lions series in South Africa.

One to watch: Manu Vunipola – Owen Farrell's understudy will have to get Sarries shifting as they wait for their Lions to come back.

Squad depth is a worry and they've said goodbye to some experienced campaigners.

Star man: Jack Willis – Not expected back until later this year, but what a Christmas present it will be for Lee Blackett's side when the immense flanker returns.

One to watch: Charlie Atikinson – clothes-lined by Owen Farrell last season and then ruled out with concussion, young English no.10 is hot on Jacob Umaga's heels.

SARACENS were handed a shock ‘welcome-back to the Premiership’ message from a man who happily waved goodbye to them.

Exeter Chiefs boss Rob Baxter, who lost out on two English titles when the Londoners cheated the salary cap to beat them to finals in 2016 and 2018, was no-doubt happier than most to see Sarries relegated in 2019.

But Mark McCall's Londoners are back and hungrier than ever ahead of their opener at Bristol Bears on Friday night.

And Baxter said of their Prem nemesis: “I think they are going to be a very good side.

"You look at the squad list, it is a good group of players. They have always been well-coached, well-run and well-motivated, so they are going to be a huge challenge to every team they play. They always have been, and it looks like they always will.

“I don’t think that is a bad thing for the Premiership. Challenges are what it is all about. We have probably accelerated our improvement as a team based on having a team like Saracens to go after.

“It has always been a tough competition, and that won’t change.”

This season sees relegation scrapped and 13 teams fighting it out in the top-flight.

The odd number means that one side gets a bye week, with Wasps sitting out first up.

There are also new rule changes including the scrapping of an attacking 5m scrum for holding the ball up over the line, in favour of giving the defending side a 22 drop out.

Baxter, whose side are set to be most-affected by that tweak, hopes that there will be plenty of excitement on offer – unlike in the Lions series this summer.

Last season's runner-up added: “What we have got to work together as a group of Premiership sides to produce something that people want to watch and be involved in.

"Hopefully we will have plenty of sell-out crowds at all the grounds and show a positive way forward."

Title chances: THEY'VE spent big landing two of Scotland's Lions aces, but that isn't going to be enough to see them pushing at the right end of the table.

Like Newcastle Falcons they will be eternally relieved that relegation has been scrapped for this year.

Star man: Duhan van der Merwe – Giant Scotland and Lions winger needs to add to his game and prove he isn't a flat-track bully, though.

One to watch: Owen Williams – Great things were expected from the fly-half at Gloucester and he failed to produce. Gets another shot at the Prem.