FROM ‘end of the world’ to on top of the world, Harry Skelton enjoyed his best day in the saddle on Saturday.

The leading jock bagged both Grade 1’s at Sandown as Politologue and Allmankind strutted their stuff in front of 2,000 fans. 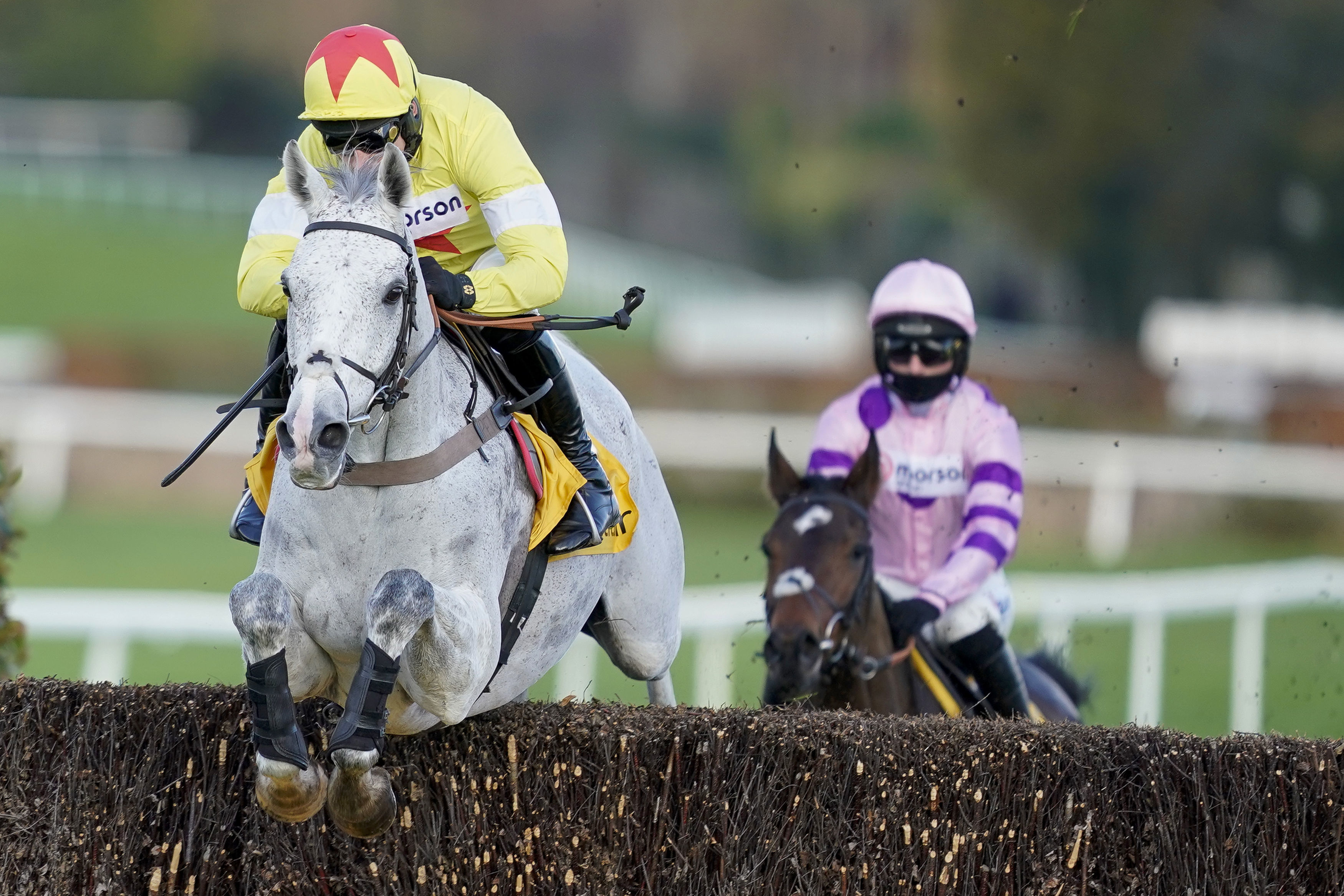 But it was only seven years ago that Skelton thought his career was over after he scraped just EIGHT winners in an entire season.

Now he gets to ride two of the best two-mile chasers in the country.

He said: “It’s a great day, one I’ll never forget for sure.

“I rode eight winners one season and thought the whole world was going to end.

“It’s a tough game, but all of the hard days from earlier in my career, they’re worth it for moments like these.

“Riding Grade 1 winners for my brother and for Paul Nicholls, who has been such a big supporter, it doesn’t get much better.

“Mind you, marrying my wife was pretty good, so today has to be a close second!”

The Tingle Creek lost some of it’s sex appeal when Altior was taken out late on Friday night.

But Skelton reckons Nicky Henderson’s star would have struggled to handle the impressive Politologue anyway.

"It would have taken a very good one to cope with him today," he grinned.

The grey jumped for fun and was seven lengths clear of stablemate Greaneteen at the line.

That's two Tingle Creek’s now for the reigning Champion Chase hero and an amazing 11 for Nicholls.

The former champion trainer said: “It’s a great day for Harry, he gave Politologue a great ride out there.

“He is probably as good as ever, it was everything we were hoping for and expecting.

“He’s won two Tingle Creek’s and a Champion Chase now. He might not be a Masterminded or Sprinter Sacre, but he is tough and keeps winning.

“We could run him in the Clarence House at Ascot before Cheltenham and the timing will be nice to the Festival.”

Politologue was cut into 6-1 from 20-1 for the Champion Chase by Betfair, while Allmankind is tops 12-1 for the Arkle.

Dan Skelton confirmed the four-year-old, who was electric in winning the Henry VIII Novices' Chase, would run in the Kingmaker at Warwick in February before heading to the Festival.