MOTORSPORT fans were left with their hearts in their mouths as a FOOTBALL nearly caused a catastrophic crash at the Isle of Man TT Superbike race.

Motorcycle legend John McGuiness came within a matter of inches of colliding with the ball as it rolled directly across the track. 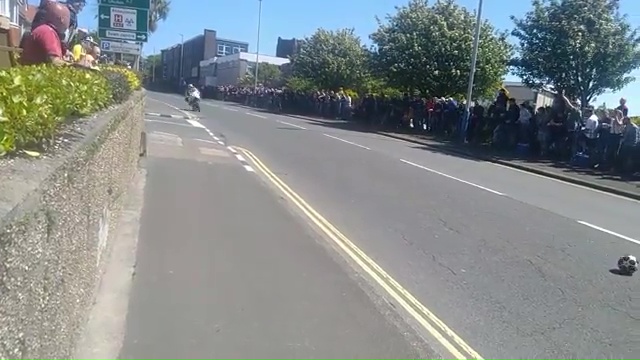 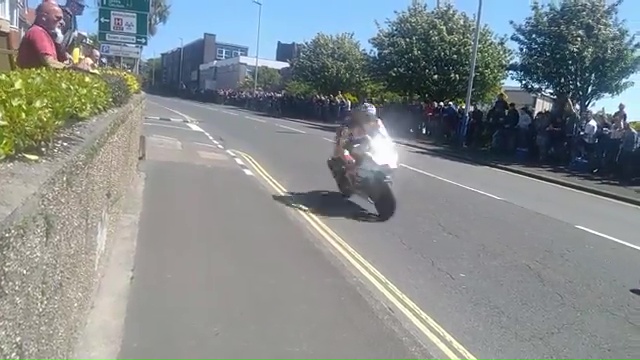 Footage posted to Twitter shows the ball rolling along the tarmac at the super-fast Bray Hill section of the track on the opening lap of Saturday's race.

Fans at the side of the road are seen frantically waving to the approaching McGuiness to avoid the obstacle.

He then comes hurtling past at 130mph, and only narrowly misses the runaway football.

Spectators continue to wave in warning as the next rider zooms past at high-speed. 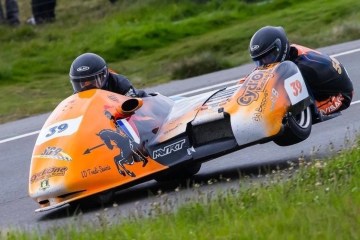 Fortunately there were no accidents as a result of the football, but how it ended up on the track is a mystery.

And the heartstopping moment has caused quite the stir on social media.

Rider Glenn Irwin, who finished eighth in the race, retweeted the video and blasted: "THIS IS ABSOLUTELY RIDICULOUS."

Meanwhile one fan wrote: "That could of been fatal…where are the marshals!!

Another said: "This could have been catastrophic for the Guys racing, as well as the crowd watching against that wall."

Another accurately pointed out: "TT is dangerous enough without having debris going across your wheels."

The Isle of Man TT races are notoriously dangerous and the event has been rocked by two tragic deaths in the past five days.

Mark Purslow died on Wednesday following a horror accident in a Superbike qualifying race, while French sidecar passenger Olivier Lavorel passed away after a crash on Saturday.