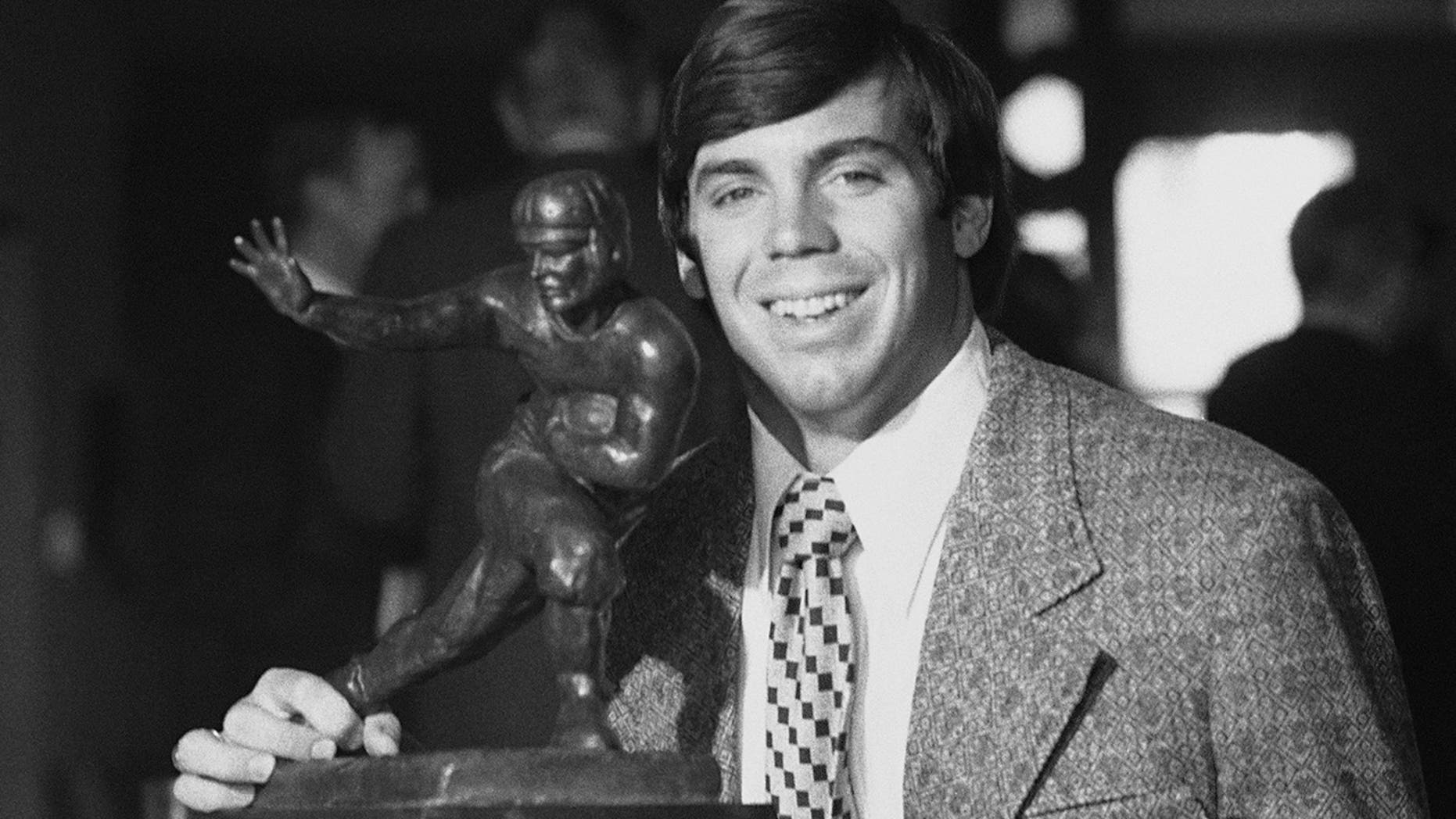 FILE – In this Dec. 2, 1971, file photo, Auburn quarterback Pat Sullivan poses with his Heisman Trophy after the presentation at the Downtown Athletic Club in New York. Sullivan, the 1971 Heisman Trophy winner at Auburn who went on to coach TCU and Samford, died Sunday, Dec. 1, 2019. He was 69. (AP Photo/Anthony Camerano, File)

Pat Sullivan, the 1971 Heisman Trophy winner at Auburn who went on coach TCU and Samford, has died. He was 69.

Sullivan’s family released a statement saying he “died peacefully at home” Sunday morning, surrounded by relatives. The former quarterback was diagnosed with throat cancer in 2003 and the statement said he “fought a long and difficult battle as a result of his treatments.”

Sullivan was a College Football Hall of Famer who played four seasons with the NFL’s Atlanta Falcons, wrapping up his playing career in 1976 with the Washington Redskins and San Francisco 49ers.

He was on the search committee when Auburn hired coach Gus Malzahn.

“We are deeply saddened by the passing of Pat Sullivan, one of Auburn's all-time greats on and off the field,” Malzahn said. “I will forever be indebted to Coach Sullivan for helping bring me back to Auburn to serve as the head football coach.

"He was a friend, mentor and a man of great character who was beloved by many generations of Auburn fans."

Sullivan began coaching at Samford in 2007 and stepped down in December 2014, citing health issues

He went on to serve as special advisor to the president for campus and community development.

"Coaching is a grind. Right now I need more balance in my life," Sullivan said in announcing his resignation. "I need to pay more attention to my health and I want to spend more time with (wife) Jean, my children and grandchildren. I owe that to them. But I'm not done working and I'm not leaving Samford."

He was TCU’s head coach from 1992-97 and then worked as UAB’s offensive coordinator before taking over at Samford. Sullivan was inducted into the Hall of Fame as a player in 1991.

He entered the Alabama Sports Hall of Fame in 1981.

“Pat Sullivan gave Samford all and more than we could have asked," Samford President Andrew Westmoreland said. "His teams won games, his players persisted to earn degrees. By personal example, he led everyone closer to Christ and he brought honor to our university.”

Sullivan led the nation in total offense as a junior in 1970, teaming up with wide receiver Terry Beasley to pass for 2,586 yards. He passed for 2,012 yards and a career-best 20 touchdowns as a senior, securing the Heisman with a 248-yard, four-touchdown performance against Georgia. Sullivan edged Cornell's Ed Marinaro 1,597-1,445 in Heisman voting.

Sullivan was an All-American and SEC Player of the Year his last two seasons.

“He was a kind and humble gentleman, who was an Auburn legend," Auburn athletic director Allen Greene said. "He made a lasting impact on Auburn as the school's first Heisman Trophy winner, a coach and longtime ambassador.”

Before going to Auburn, he was a three-sport star at John Carroll Catholic High School in Birmingham