Jessica Ennis-Hill and Katarina Johnson-Thompson drew the world’s attention to the strength of Great Britain’s female multi-event athletes. Now there is a new kid on the block: Holly Mills.

The 20-year-old is already one of the UK’s greatest multi-event athletes in history, with her personal best 4557-point pentathlon – which she achieved in Manchester in February – moving her up to fifth on the all-time GB list.

Just two weeks after her record-breaking score Mills backed up that performance on her senior GB debut, finishing fifth in the pentathlon at the 2021 European Indoor Championships in Torun, Poland.

She said: “To get the record at the Manchester Champs was unexpected. I knew I had a big score in me, but I didn’t realise I had that big a score in me.

“It’s a bit crazy to be up there in the top bubble with Jess Ennis and KJT now. I feel like this year is definitely my stepping stone to bridge that gap between what they score and what I score.

“Then to come fifth at my first major international proved to me that I can perform solidly.

“It was so exciting to be there with people who I usually watch, people who I’ve followed on Instagram for years. As I was lining up next to them on the start line it really hit home that I’m part of it all now.

“It was crazy standing on the 800m start line next to the Olympic champion, [Nafissatou] Thiam, thinking about potentially beating someone that good in a race.”

Mills – who is a student at Brunel University – admits to being obsessed with working hard and believes that successful competitors are wired differently to non-athletes.

She said: “I feel like athletes have to be wired differently from the general public, because we turn up at the track every day, knowing that it’s going to be painful, and yet we do it. And then we come back the next day, because for some reason we just thrive off the pain.

“But I feel I have a kind of obsession with just working hard. Me and my coach always joke about how I hate easy weeks of training because it doesn’t feel like I’m working hard enough.

“I definitely feel that if I’m not pushing myself every day I’m slacking, even though I’m not. That’s just the type of person I am.

“It is mostly athletics, but even just day-to-day stuff always has to be maxed out. I don’t really like doing anything sub-par. I’ll never take the easy route.”

Despite her impressive hard-working nature, Mills confesses there have been times when she’s struggled to balance her athletics commitments with her degree in sport, health and exercise sciences.

“I know that I have found it really difficult to balance everything,” she said. “There have been times, especially this year, in my third year of university where I’ve felt buried in work and then I’ve had to go out and do six hours of training.

“I’ve definitely had concerns about whether I’m actually going to be able to handle everything, mentally. I’ve had to look at it from the outside, and tell myself that it’s not the end of the world if every bit of coursework isn’t graded at 90 per cent. 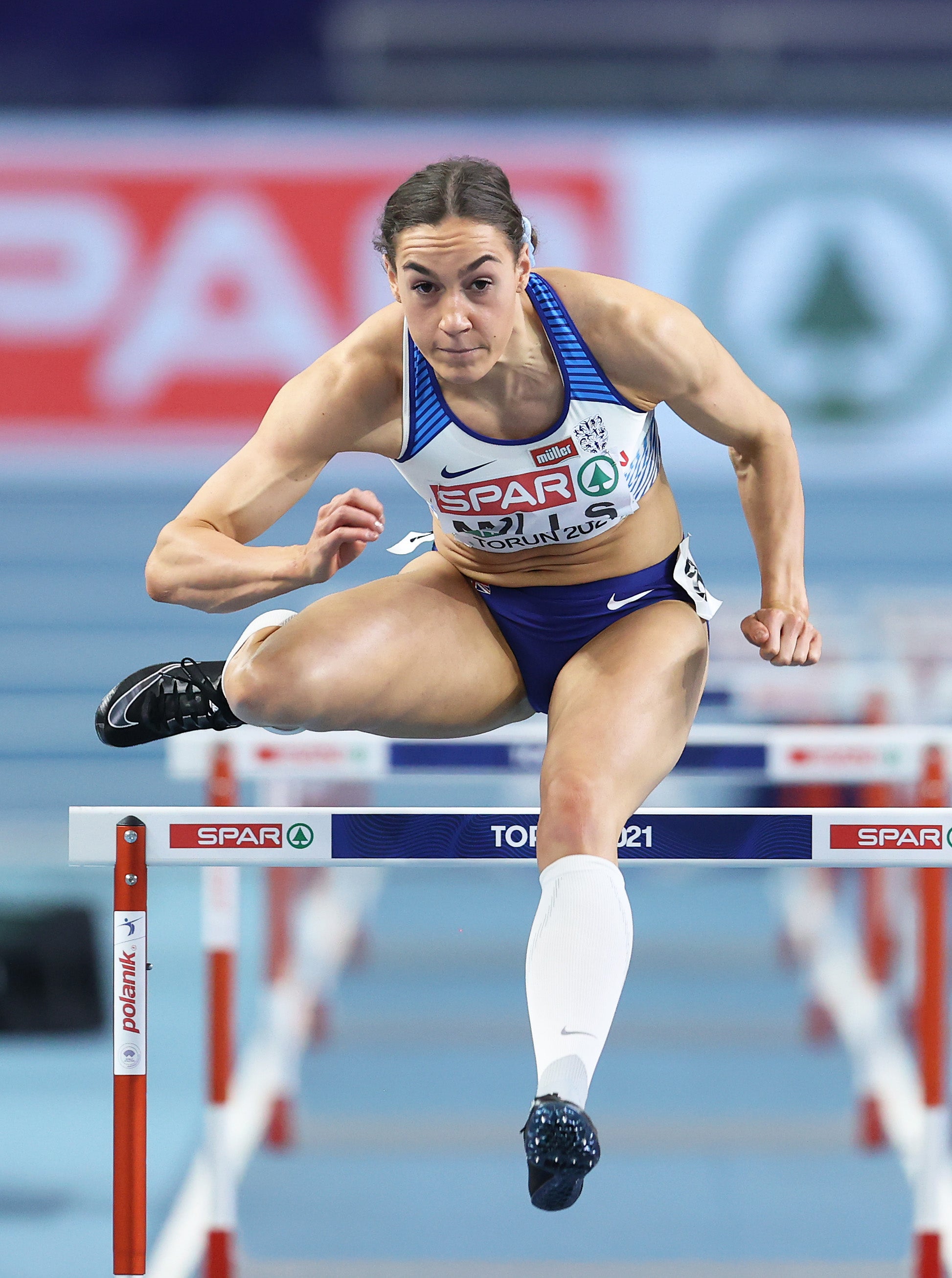 “I’ve been learning over the past few months, especially with being buried in work, to actually cut myself some slack sometimes, but I would definitely say juggling everything has impacted my mental health slightly.

“Universities already do quite a bit to help people with that, but they could do a lot more. I don’t think they understand the extent to which some athletes train.

“For me, it feels like I’m juggling a full-time job as an athlete, because I am training 30-plus hours a week, with a university degree.

Mills is coached by former Olympic sprinter Laura Turner-Alleyne, who is one of the first female coaches on a senior international (Olympic pathway) GB track and field team.

“Laura Turner is amazing,” Mills said. “She is a really strong woman and is really inspirational. She’s part of so many different female leading organisations, such as the Female Coaching Network.

“I definitely like working with a female coach. I obviously have male coaches as well, but Laura oversees everything.

“I think we make a very good team because we’re both women and we definitely have the same outlook on life. We understand each other’s values, and we understand how equality kind of works.

“She worked out in the past 20 or 30 years or so for a GB team, other than the Olympic Games, she was the first female team coach that had been on the team, which is baffling.

“For a female team coach to be selected to come with me was a big step up for British athletics, and we’re both just excited about what the future holds now.”