THIS is the shocking moment an MMA fighter's leg snapped under him after taking a brutal kick.

Aussie fighters Dean Maxwell and Randall Ray were battling it out at Urban Fight Night 24 in Sydney when the freak accident occurred. 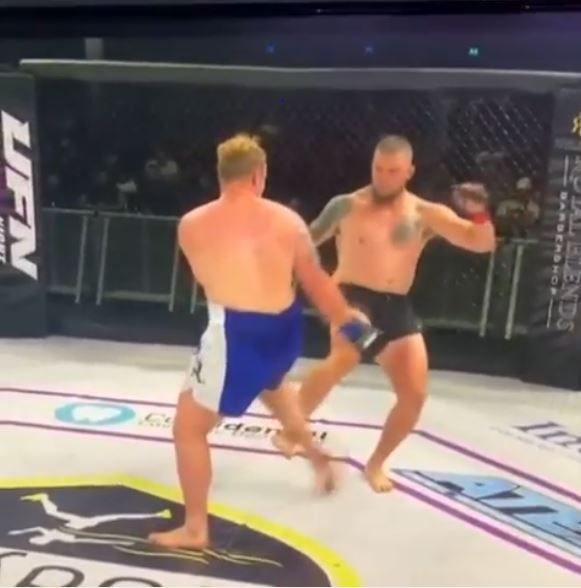 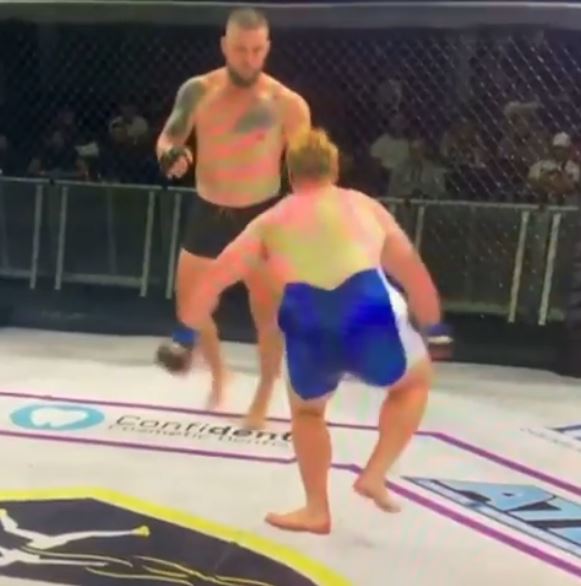 With a heavyweight title belt on the line, the scrappers were happy to size each other up in the opening few seconds of the fight.

But that all changed after just 20 seconds.

Ray launched a fairly innocuous kick into the calf of Maxwell which he failed to dodge.

It didn't appear to cause any issues until Maxwell put his weight on his right leg.

Suddenly the bone shattered under him and Maxwell collapsed to the canvas screaming in agony.

Ray, ironically nicknamed 'the limp reaper', initially appeared to show no mercy and jumped to launch a final attack on Maxwell before the referee quickly intervened. 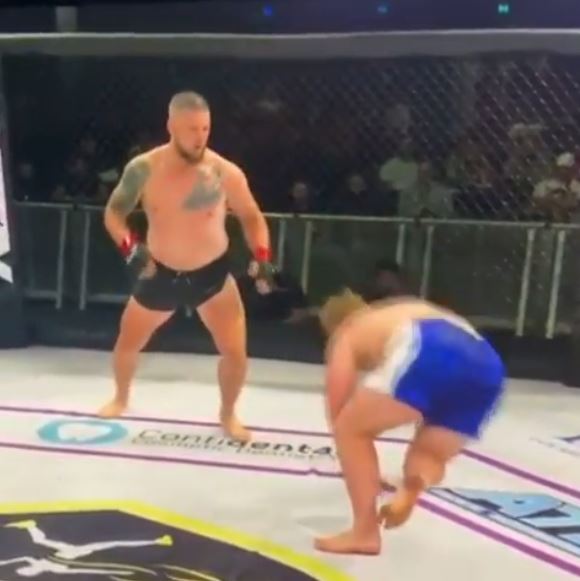 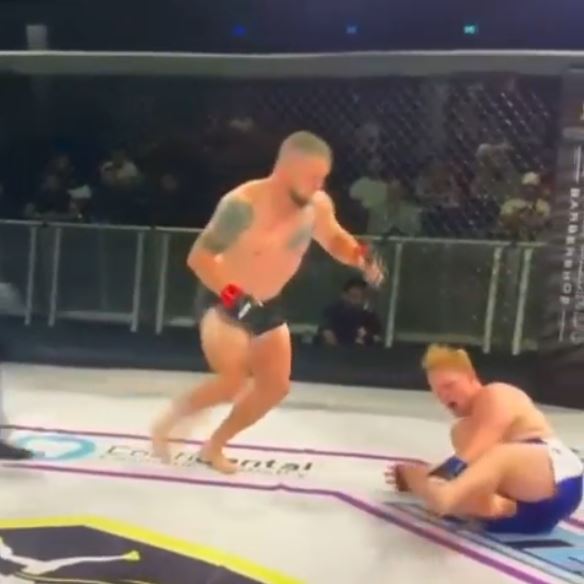 Replays showed how Maxwell's leg was almost at a right angle before he hit the ground.

As the referee went to check on his welfare, the stricken fighter lifted his leg as it horrifically dangled down.

According to MMA Junkie, Maxwell broke both his fibula and tibia and will be unable to walk for three months after undergoing surgery.