CHELSEA are looking to make a statement this summer with a £135million move for in-demand Erling Haaland.

Borussia Dortmund are believed to have named their price for the Norwegian striker, 21, with a host of clubs hot on his trail. 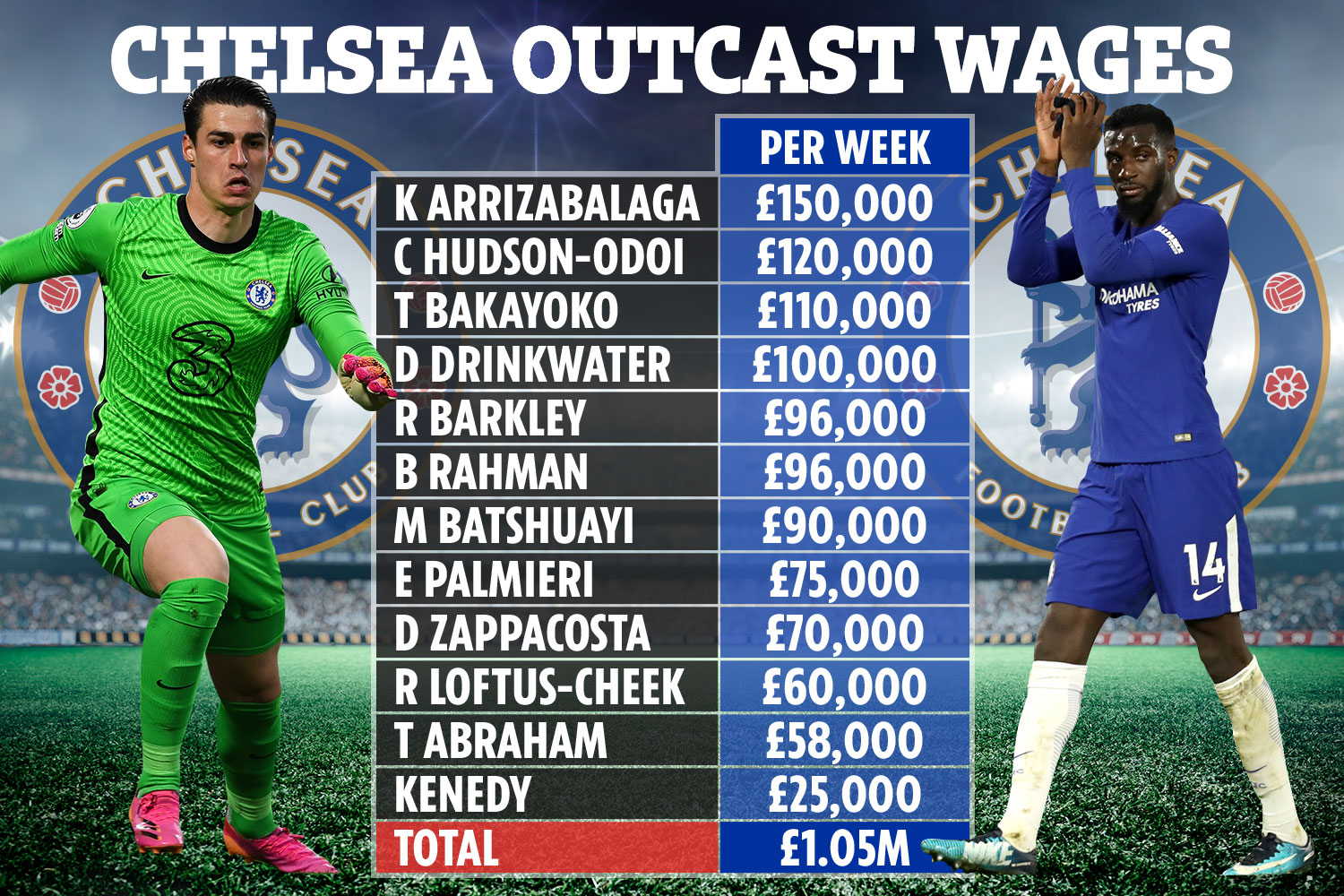 The Blues have also been warned they will need to make Haaland the highest-paid player at the club in order to sign him.

But there is some good news for Chelsea: They can claw back over £1MILLION a week in wages alone if they axe a dozen flops this summer.

The Blues have long had one of the biggest squads in the Premier League, happy to loan out youngsters and fringe players year after year.

But with transfer fees rising at an astronomical rate, they are now seemingly more willing to cash-in on their outcasts.

Now Roman Abramovich and Thomas Tuchel may decide to sell 12 more this window to raise over £100m in cash and £1m a week in wages.

Kepa Arrizabalaga – still the world's most expensive goalkeeper at £71.6m – could be the highest profile name to be sold.

The Spaniard has endured a horror stint in England and has even lost his place in his national squad – beaten to the Euro 2020 squad by Unai Simon, David De Gea and Robert Sanchez.

But with the stopper currently behind Edouard Mendy in the pecking order, they'd be relieved to see his wages cut from their bill.

Callum Hudson-Odoi is another big-earning fringe player, currently on £120,000 per week, with the England star having been targeted by Bayern Munich in recent seasons.

Outcasts Tiemoue Bakayoko (£110,000) and Danny Drinkwater (£100,000) both rake in six-figure salaries per week despite being nowhere near the Chelsea first-team.

All in all, axing the dozen outcasts would see Chelsea recoup £1.05m per week – more than enough to secure the signing of Haaland.