Australia have talked about learning on the run throughout this four-Test series and that is exactly what Peter Handscomb did at the SCG.

Handscomb, recalled partly because he is one of the nation's best players of spin and the hosts sensed India would unleash two tweakers, finished 28 not out on day three of the fourth Test.

The right-hander is the first to acknowledge he and Australia, who will resume on Sunday at 6-236 still trailing by 386 runs, still have a long way to go. 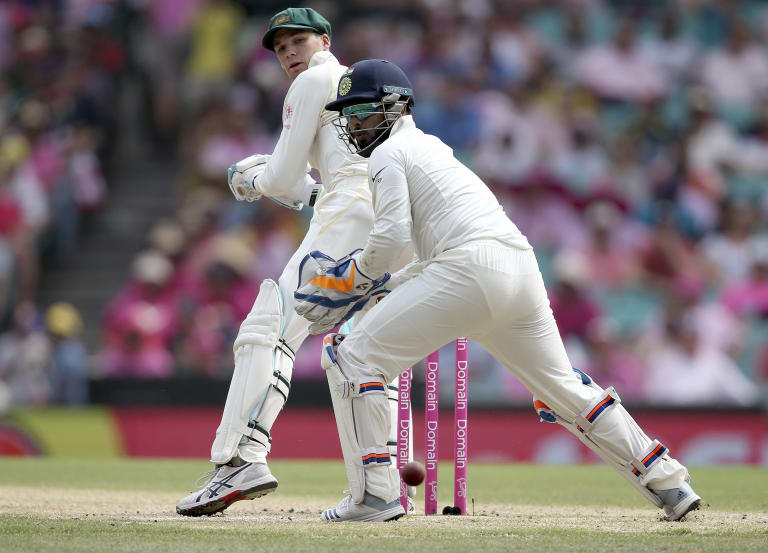 But Handscomb, who is yet to be dismissed by a spinner in a home Test, has faced 91 balls and looked relatively comfortable compared to his performance in Perth that prompted selectors to wield the axe.

Handscomb notably changed his approach to Ravindra Jadeja during his innings, having struggled to play the left-arm spinner early on.

"Naturally for me, my game plan is to run at spin or use my feet," Handscomb told the ABC.

"I tried that to Jadeja and found that I couldn't quite get to the pitch of the ball and he was turning it just enough that he was finding my outside edge.

"It was mainly trying to understand what the wicket was doing."

Handscomb wasn't as deep in his crease compared to the second Test, when Ishant Sharma pinned Victoria's captain lbw and made him look like a walking wicket.

"Being able to access my front foot a little bit more. We've done that and this seems to be a nice position to be in and gives me a better opportunity to getting forward and hopefully combating that reversing ball."

Handscomb insisted his team's morale is yet to dip despite two long days in the field at the SCG and the fact India are on the cusp of their maiden Test series win in Australia.

"The mood is still good. We understand the job ahead," he said.

"Disappointed to have lost six wickets but we'll have another crack."