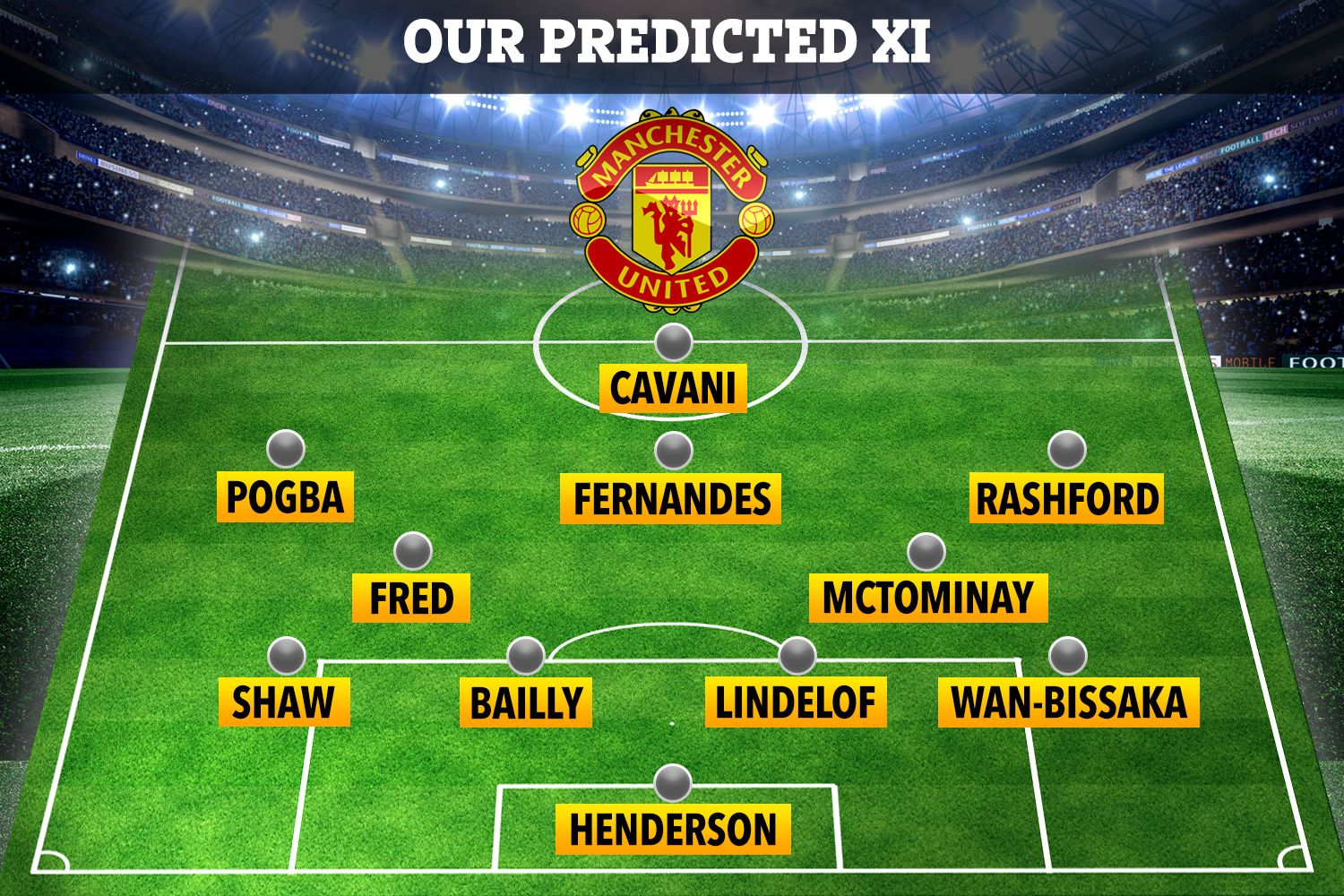 And with just a 48-hour gap until United’s next game against Liverpool on Thursday, the starting XI is sure to look very different.

The United boss is likely to line up in his favoured 4-2-3-1 formation, with Dean Henderson replacing David De Gea in goal.

Aaron Wan-Bissaka, Victor Lindelof and Luke Shaw are likely to come in for Brandon Williams, Axel Tuanzebe and Alex Telles.

But with captain Maguire potentially out for the rest of the season, Eric Bailly is set to be the only player to keep his place in the team.

Further ahead, midfielders Nemanja Matic and Donny van de Beek could be replaced by Scott McTominay and Fred.

An attacking trio of Marcus Rashford, Bruno Fernandes and Paul Pogba should come in for Anthony Elanga, Juan Mata and Amad Diallo.

Finally, Edinson Cavani is ready to lead the line in place of Mason Greenwood after signing a new year-long contract extension. 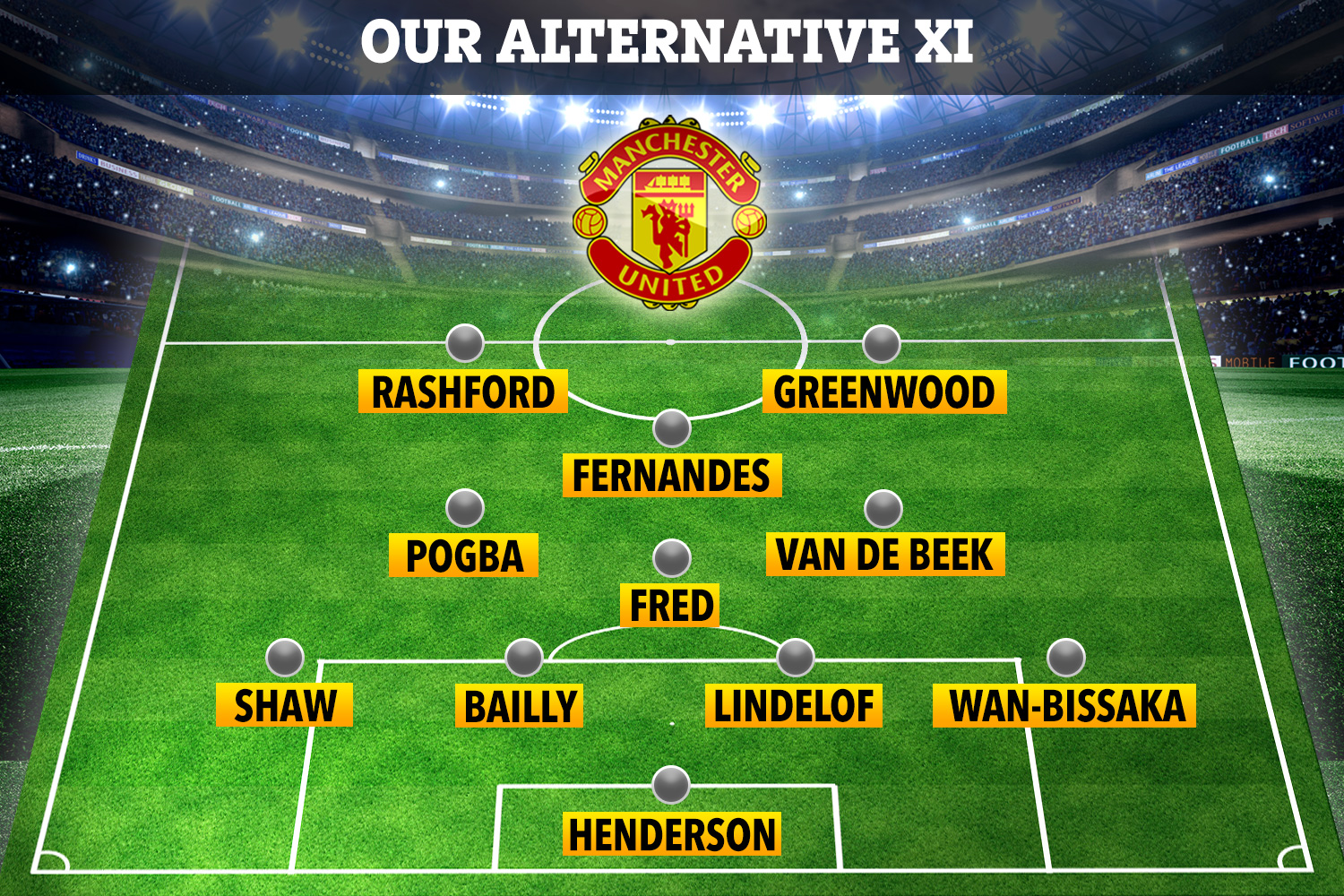 Should Solskjaer decide to spring a surprise against Liverpool, he could instead opt for a midfield diamond with two up front.

That could see a reprieve for Van de Beek in place of McTominay.

And Greenwood could fill in for Cavani as he may be more effective at drifting wide and finding space behind Liverpool’s attacking full-back Andy Robertson, with Rashford playing a similar role on the left against Trent Alexander-Arnold.

However, it is more likely that McTominay and Cavani will feature in the 4-2-3-1 system, with Pogba playing on the left, which United have relied upon to reach this month’s Europa League final against Villarreal.