Tom Brady, the five-time Super Bowl champion quarterback of the New England Patriots, came to Massachusetts via San Mateo, Calif., and the University of Michigan.

He is married to the supermodel Gisele Bündchen and owns a luxury apartment in Manhattan, where their family spends much time in the off-season. He endorses UGG, the Australian apparel company, and he published a book about his life as a vegan health nut whose favorite dessert is a dairy-free avocado ice cream, a flavor not readily available at J.P. Licks or any other popular Boston ice cream haven.

Despite all of this, which would figure to turn off the people in a region known, perhaps unfairly, for its insularity and, perhaps fairly, for its hatred of pretension, Brady is now the most favorite son of New England. How he managed to pull that off, to become bigger than Ted Williams and Larry Bird, and even Big Papi, David Ortiz, has more to do with timing, some key lifestyle decisions and a certain fight with the N.F.L. over deflated footballs than his mounting collection of Super Bowl rings.

“If you were drawing a sports cartoon and it showed a train and each car in the train representing one of the recent Boston championships,” said Richard Johnson, the curator of the Sports Museum in Boston, “Brady would be the engineer in the front stoking the fire.”

Fans in 44 American states mostly despise Brady and pray to the football gods that his Patriots never win another playoff game. But in New England, it’s almost impossible to overstate Brady’s exalted standing. Putting Brady on par with a Kennedy might be a stretch, but not a huge one.

The people of the New England region, who largely adopt all Boston teams, are living through an era of unusually high accomplishment: Their professional teams celebrate championships from season to season — as in spring to fall to winter. But in Boston, it always matters to have been the one who started a movement. And like Paul Revere dashing on horseback to ignite a revolution, Brady led the charge that ushered New England sports into the 21st century, and it has been a procession of duck-boat parades down Boylston Street past Boston Common ever since. 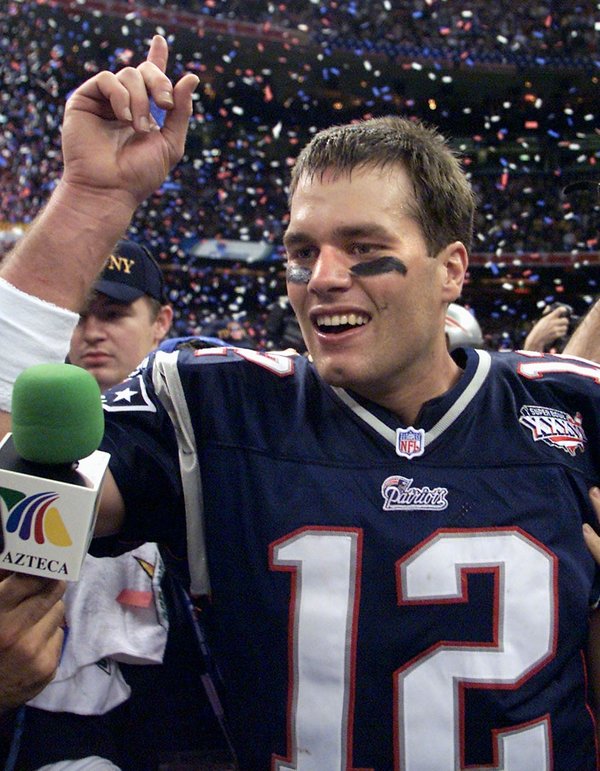 Throughout that time, Brady’s Patriots kept winning. And while there have been other recent, treasured sports heroes in Boston, most notably the still ubiquitous Ortiz, consider this: When the origin story of Boston’s 21st century sports resurrection is told, whose name will be mentioned first?

Brady managed to ingratiate himself to the locals quickly when he arrived in 2000. His first home, symbolically, was in Quincy, Mass., a diverse city-suburb where two New England institutions, Dunkin’ Donuts and Howard Johnson’s restaurants, were founded.

He was a familiar sight back then, piling groceries in a cart and chatting with other customers at the Quincy Stop & Shop. Restaurants and bars there grew accustomed to seeing him on dates, and even grew protective of him when those outings attracted paparazzi.

Another factor that made Brady not just a favorite son of the region but the focal point of a rebellious, us-against-them cause was the bizarre spectacle that came to be known as Deflategate. Not surprisingly, us-against-them has been ingrained in the New England DNA ever since a lot of tea ended up in Boston Harbor about 246 years ago.

In 2015, when Brady and the Patriots were investigated by the N.F.L. for using deflated footballs to gain an unfair advantage — with Brady eventually suspended and, by association, labeled a cheater (in roughly 44 states) — New Englanders were outraged by what they saw as outsiders’ bias.

“The allegiance to Brady is deep and all the more intense because of the shared feeling he was unfairly stigmatized,” said Doris Kearns Goodwin, the author, historian and longtime New England resident. “Deflategate put Brady’s entire reputation and legacy at risk. Fans here still battle the nonissue with fans elsewhere, and it makes us love him all the more.”

Goodwin added that she was recently at a bar in the Philadelphia airport, and everyone except her and one other patron wanted Brady to lose on Sunday.

During Deflategate, there was an infamous, ghoulish 2015 courtroom sketch made of Brady as he took part in a federal proceeding. Patriots fans were incensed that the handsome Brady had been rudely denigrated.

There are, of course, two other obvious reasons that Brady’s status in New England has been amplified, and they would probably bring him unbridled admiration in any pro sports community.

That will breed a lot of loyalty. Brady, for example, is 41 and has been in the N.F.L. for 19 years. You might think that any fan who wanted a replica of his No. 12 jersey would have purchased one by now.

Merchandise bearing Brady’s name was the top-selling N.F.L. apparel item this season, with the Boston market driving sales. Since the Patriots clinched their berth in Sunday’s Super Bowl, Brady merchandise has been selling faster — by 40 percent — than it did in the week before any of his previous eight Super Bowl appearances, according to Fanatics, the largest online seller of licensed sports merchandise.

He is also married to one of the highest paid models in the world. There is little doubt that part of Brady’s crossover appeal is the understanding that he is the rare N.F.L. superstar whose spouse may be more famous than he is.

Brady is chasing his sixth Super Bowl championship and seems to have secured his spot on the Boston sports version of Mount Rushmore. There is still room there for Williams, Bill Russell and (genuflect) Bobby Orr. Fans of Bird will make their case.

But the only person who could possibly unseat Brady is Bill Belichick, who admittedly already has a face of stone. He first landed in New England as a teenager during a postgraduate year at Phillips Academy in Andover, Mass., then attended Wesleyan University in Middletown, Conn.

Realistically, no one is likely to eclipse Brady. Two years ago, a Boston cultural museum unveiled a Brady wax figure (next to dozens of nonsports icons of the area). The representation of Brady was deemed creepy, and elicited more ire and wrath than the unworthy courtroom sketch did.

Which means only one thing: In five or 10 years, when civic leaders erect a Tom Brady statue, they better get the visage right. And drape him in his No. 12 jersey.