TOTTENHAM host Arsenal tonight with Champions League qualification very much on the line.

Antonio Conte's side must win to narrow the gap to fourth to one point with two games remaining. 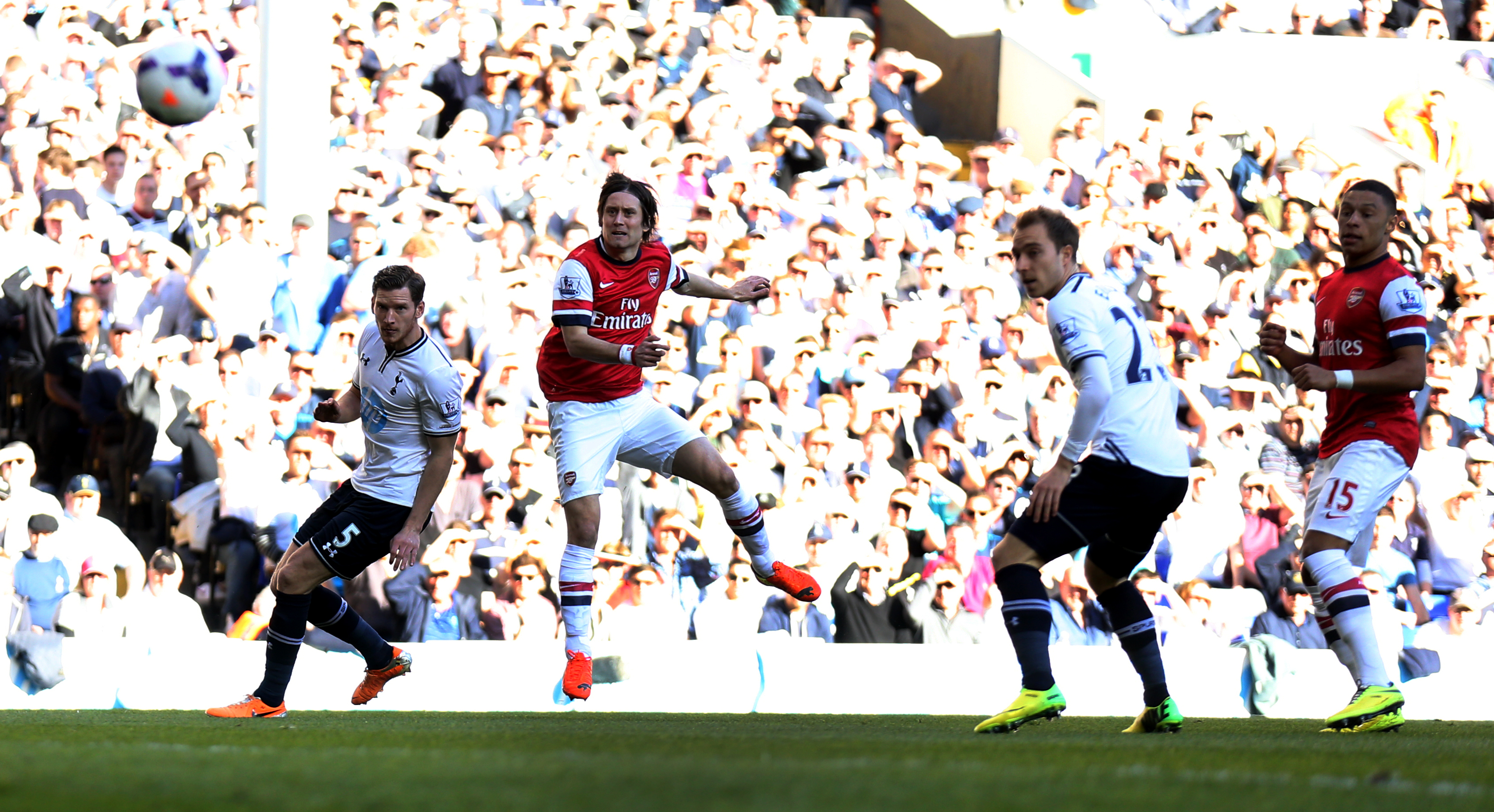 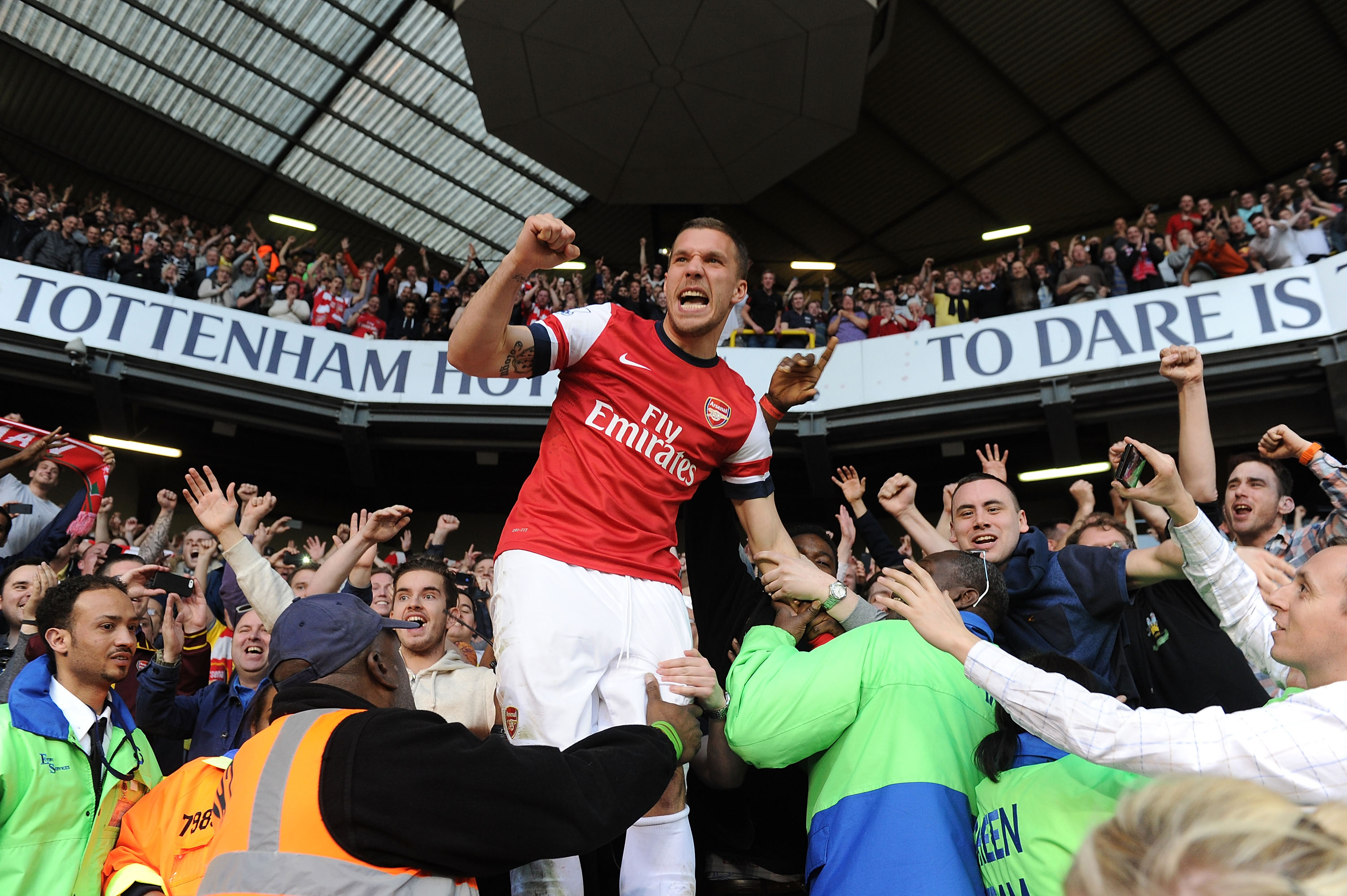 Should the Gunners win, they will qualify for the Champions League with two games to spare.

Fans may not be getting their hopes up too much, however, as they don't tend to win at Tottenham very often.

What was once jibed as "Three Point Lane" has become a very difficult place to go for Arsenal – who last won there in the Premier League in 2014.

On that day, they found an out of sorts Spurs side managed by Tim Sherwood. 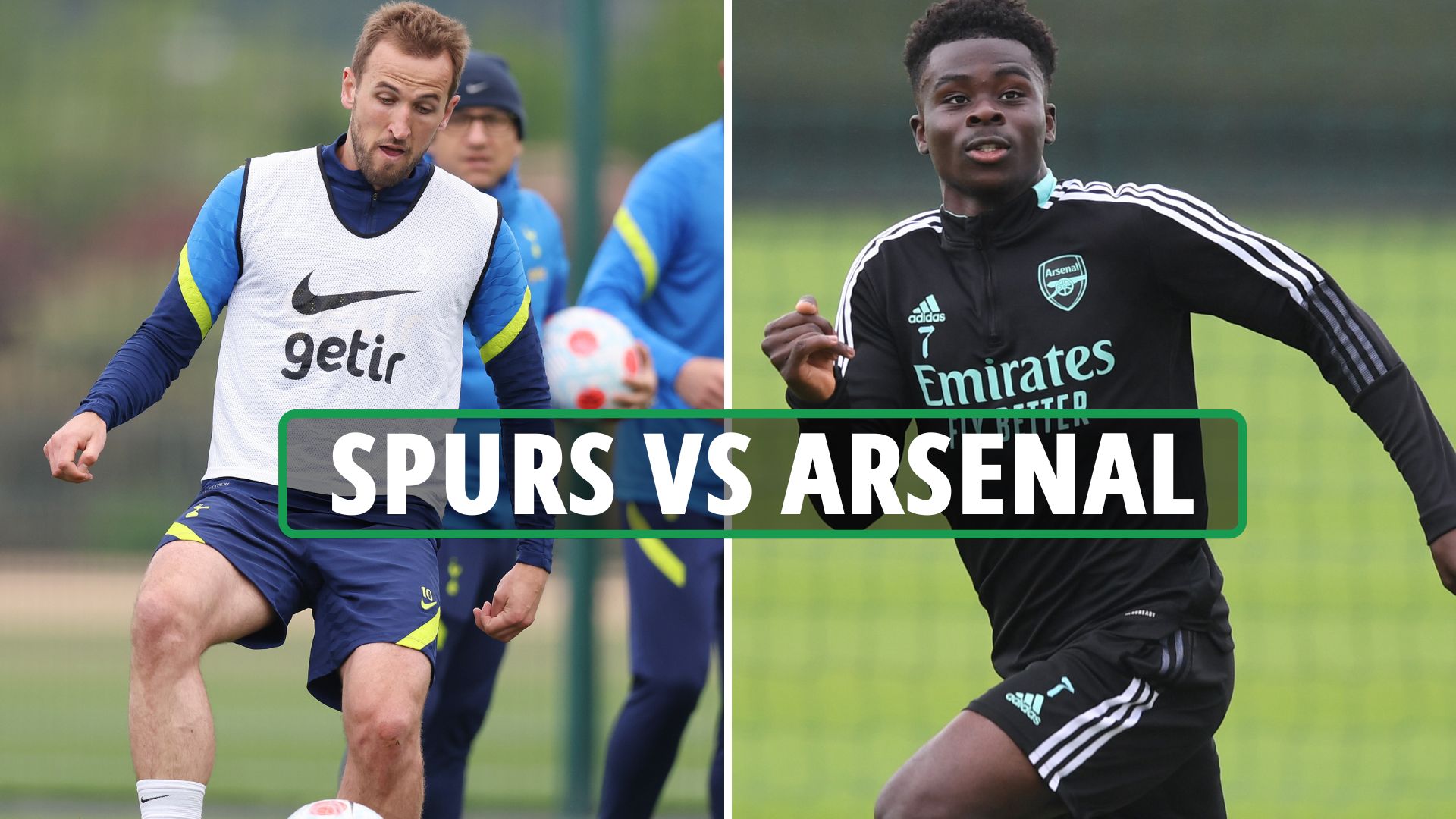 Tottenham huffed and puffed as the game went on, but lacked the quality or organisation to break their fierce rivals down.

While Lloris was between the sticks for the home side as he will be tonight, Wojciech Szczesny started for the visitors.

Kyle Naughton bizarrely started at right-back over Kyle Walker, who admittedly wasn't having the best spell of his career under Sherwood.

While Danny Rose, who hadn't yet felt the benefit of Mauricio Pochettino's coaching, started at left-back.

Captain Younes Kaboul and the brilliant Jan Vertonghen made up Spurs' backline.

Arsenal, meanwhile, went for the often used partnership of Per Mertesacker and Laurent Koscielny, with Kieran Gibbs and Bacary Sagna as their full-backs.

Tottenham fielded a midfield duo of Sandro, who had returned from an awful knee injury, and Nabil Bentaleb, who was a favourite of Sherwood's. 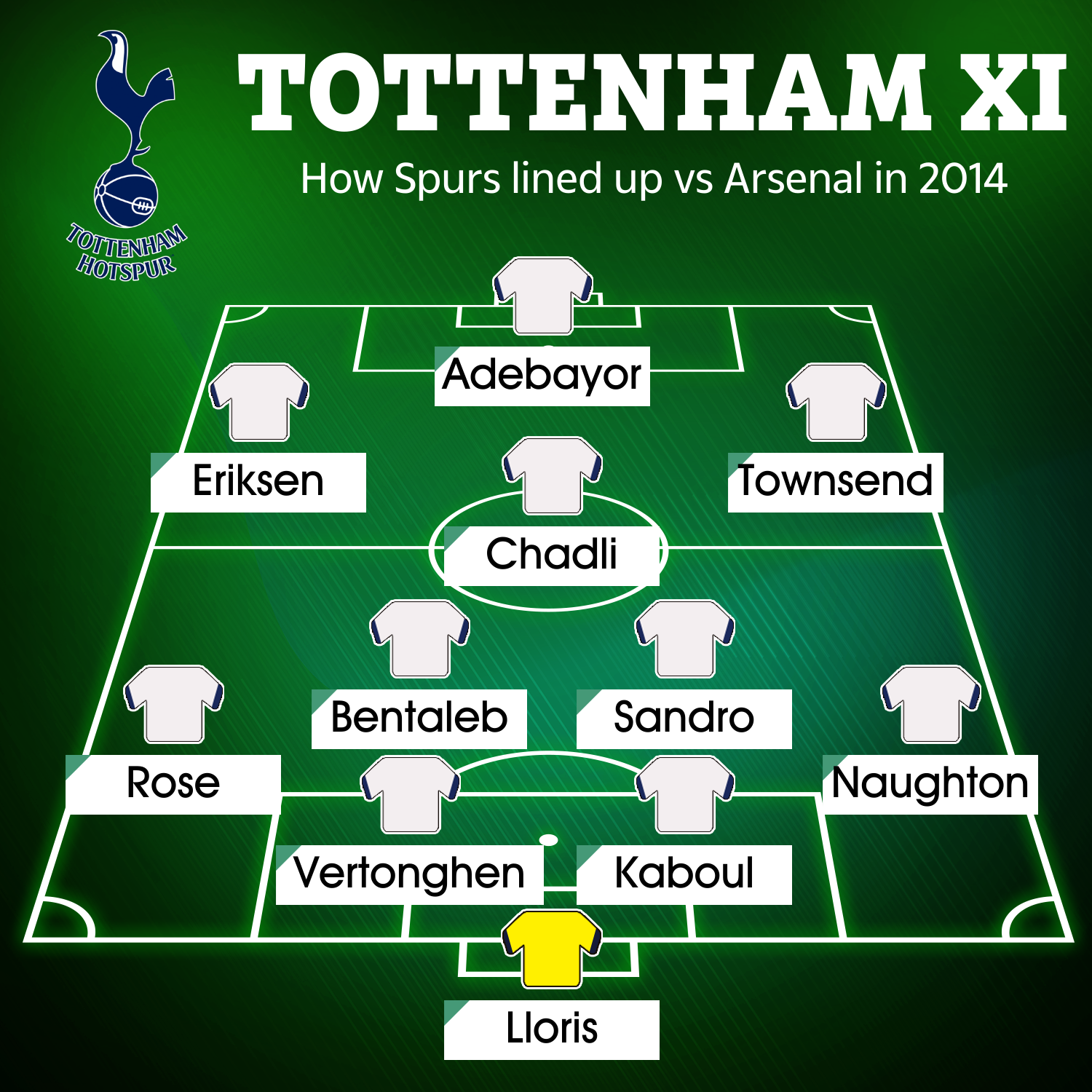 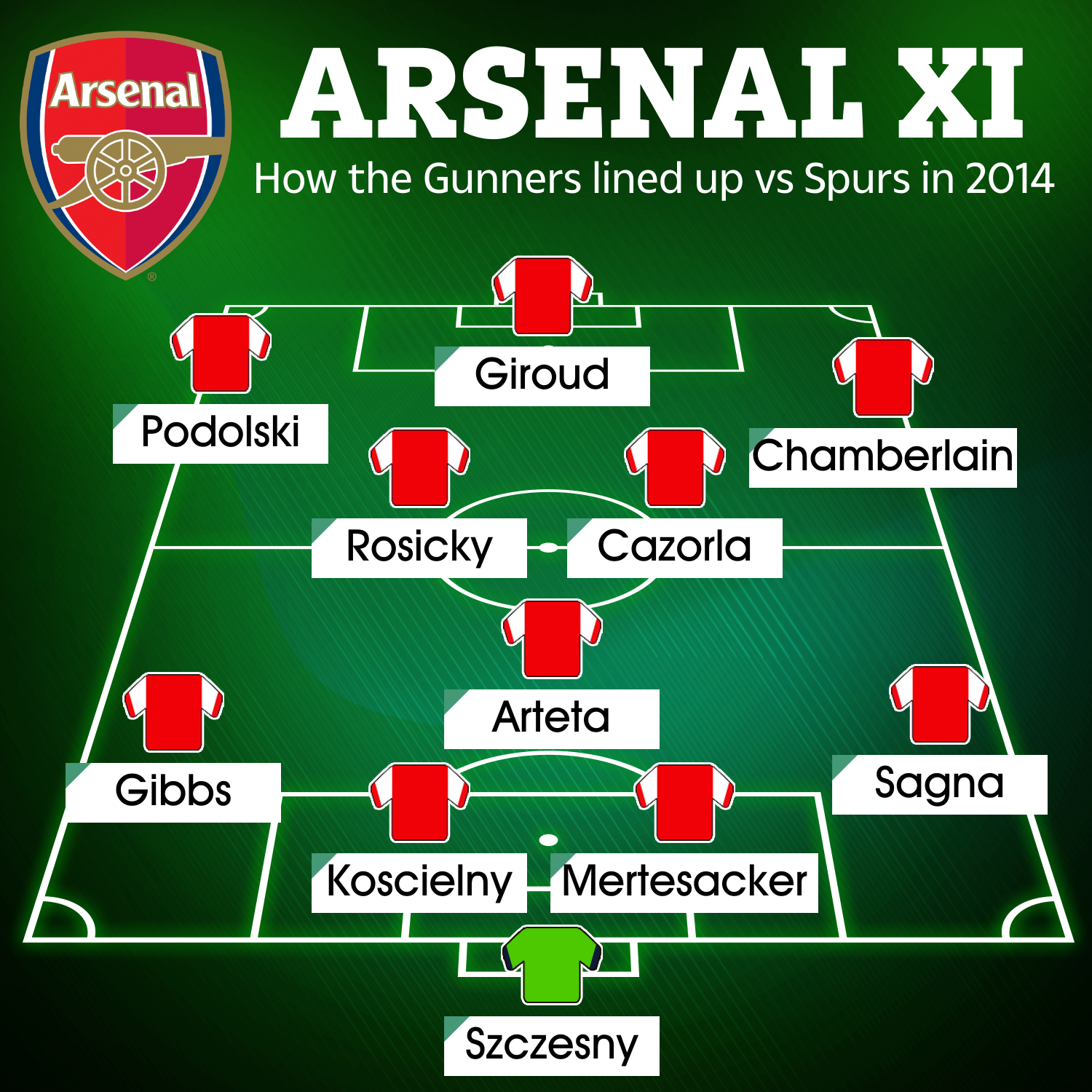 Wenger decided to select just one out and out defensive midfielder in the shape of current boss Mikel Arteta.

Andros Townsend was selected over Aaron Lennon on the right flank, while Christian Eriksen was bizarrely shunted out to the left wing to make space for Nacer Chadli in a No10 role.

Emmanuel Adebayor was the lone front man with Jermain Defoe having just left for Toronto FC, with Roberto Soldado later coming on.

Wenger opted to field two No10s in the shape of Rosicky and Santi Cazorla, with Alex Oxlade-Chamberlain and Lukas Podolski on the wings.

Olivier Giroud started ahead of Yaya Sanogo up front, while future Bayern Munich star Serge Gnabry was on the bench.

Arsenal went on to finish in the top four that season, with Spurs lumbering to sixth before sacking Sherwood.

Tottenham have since beaten the Gunners at home FIVE times, although they did lose a League Cup tie to their rivals at White Hart Lane in September 2015.

Spurs nearly lose to Arsenal in their final home game played at Wembley in March 2019, although the match finished a 1-1 draw after Hugo Lloris' last minute penalty save. 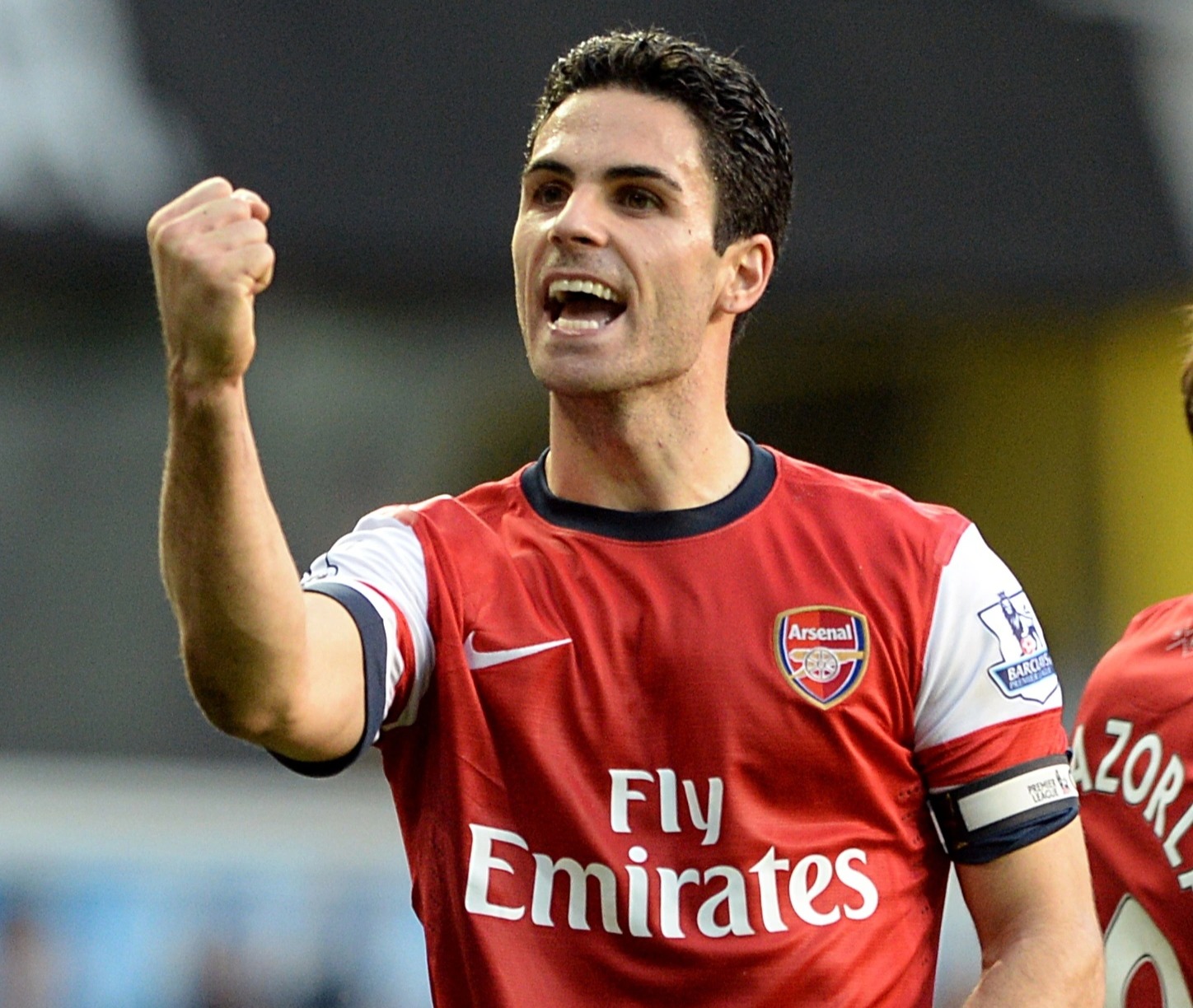 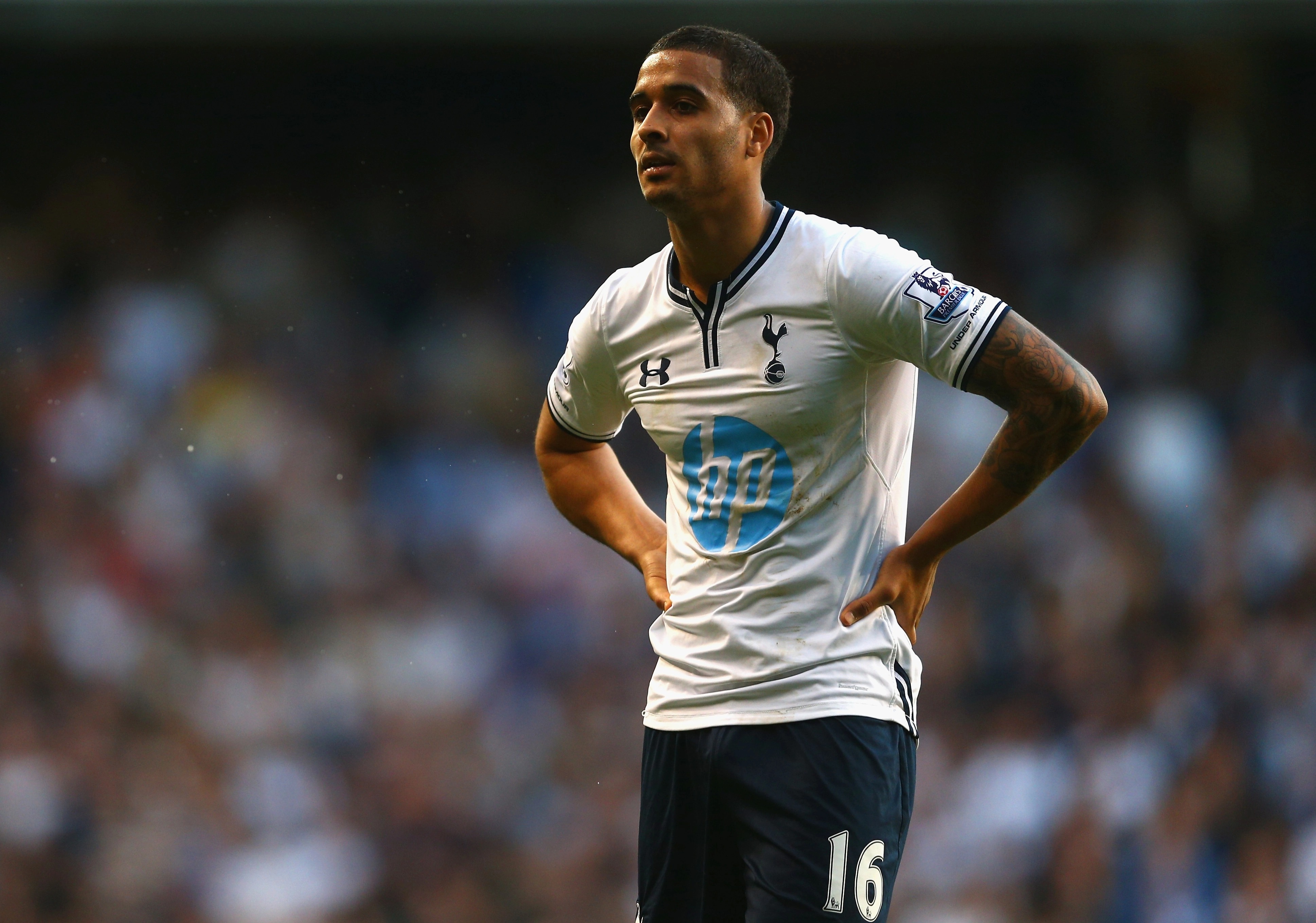