Cricket Australia XI coach Troy Cooley expects Sri Lanka’s fast bowlers to test Will Pucovski’s ability to combat the short ball but is adamant the prodigious youngster will be up to the challenge.

A shock inclusion in Australia’s squad for the two-Test series against the Sri Lankans which begins in Brisbane on January 24, Pucovski will get the chance to lock away his spot in the XI when he lines up for the CA XI, who face the tourists in a day-night clash in Hobart, which begins on Thursday. 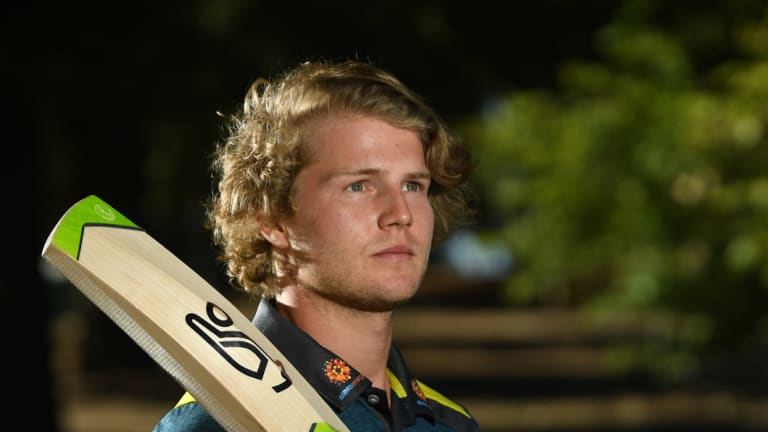 Pucovski, 20, and fellow batsmen Joe Burns, Matt Renshaw and Marnus Labuschagne all feature in both the Australian squad and the CA XI, with the quartet appearing to be vying for the final three spots in Australia top six, where they would bat alongside Marcus Harris, Usman Khawaja and Travis Head.

Victorian Pucovski’s talent is undoubted, and his first-class average of 49, albeit from just eight matches, shows he can perform in the professional ranks.

However, before his well-documented mental health issues of recent months, Pucovski was also subject to attention over perceived issues with his technique against short-pitched bowling. He has suffered seven bouts of concussion, and while not all have come while batting – he has also been a victim while fielding and playing football – Cricket Victoria cricket operations manager Shaun Graf suggested following a blow in March that the youngster needed to work on the way he played the short ball.

Pucovski has subsequently posted a double-century against Western Australia, allaying some of the concerns around his technique.

Cooley said he was expecting Pucovski to be challenged by the Sri Lankan attack, but was confident the rising star would cope.

“One thing I know is if you’re a young kid you will get tested out,” Cooley said.

“[But] Will will be fine. I’ve seen him play that shot absolutely fantastically. Pakistan tried it against him [in a match two summers ago], and things like that. He’s a quality young man. They’ll bowl where they want to bowl, and he’ll work out a plan and look after it. I’ve got no issues.”

Pucovski tuned up for the CA XI game with 82 not out for Premier Cricket club Melbourne in a win over Northcote on Saturday.

Whereas recent CA XI teams have largely featured players on the fringes of Sheffield Shield cricket, the side that confronts Sri Lanka this week is more akin to an Australia A lineup.

The match is very much a fly-in, fly-out mission, with the CA XI team only convening in the Tasmanian capital on Tuesday night, many of its members briefly on leave from Big Bash League commitments.

Cooley said the short lead-in time presented some challenges, but was optimistic the team would be able to gel, even given the competition within the side for international opportunities.

“All those individuals in that team have some pretty good characteristics and behaviours that they’ll bring with them,” he said.

“We’ll build our own culture in five minutes. For me, culture travels with the person. It’s all about how they perceive life, and how they go about using their values, how they interact. For me, culture is just being a good person. They’re all good at heart, and they all have really good qualities.”

Cooley also noted that players in CA’s high performance system had plenty of exposure against the pink ball that they would confront at Blundstone Arena and the Gabba.

“One of the great things about our program is you get to train with the pink ball,” Cooley said.

“If you haven’t played with them, you’ve definitely been preparing against them.”