Selah Schneiter has become the youngest person to summit the famous rock face in the US’s Yosemite National Park. 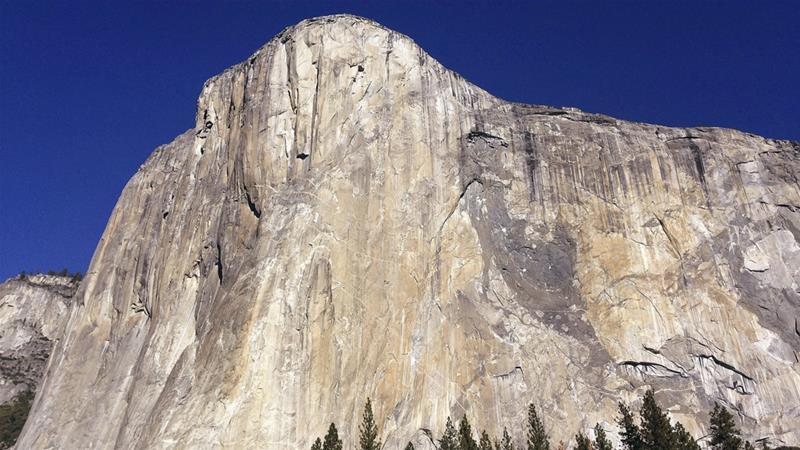 El Capitan, a granite monolith in the United States’s Yosemite National Park, has been a beacon to climbers for decades.

Once considered impossible to climb, the 3,000-foot (914-metre) vertical rock wall has recently been scaled by its youngest-ever climber – a 10-year-old girl from Colorado.

Selah Schneiter reached the summit via its most popular route, known as The Nose, on June 12 after a gruelling five-day ascent.

“I can’t believe I just did that,” Schneiter said in a video shared online by her climbing instructor father, Michael, who joined Schneiter on the ascent, along with a family friend.

After four nights sleeping and eating in tents, suspended from the sheer rock face, the trio celebrated with pizza.

Schneiter comes from a family of climbers – her parents met at Yosemite and the family now makes annual trips to the park.

Prior to her ascent, 11-year old Scott Cory was the youngest person known to have climbed El Capitan. He scaled to the summit twice in 2001.

Tori Allen was the youngest girl to have reached the summit before Schneiter. She was 13 at the time of her climb in 2011.

After five days on El Cap our ten year old daughter topped out, fulfilling a longtime goal that she had worked hard towards. More to come about an amazing experience. #elcap #goals #defygravity #yosemitenationalpark #thenose

A post shared by Glenwood Climbing Guides (@glenwoodclimbingguides) on Jun 13, 2019 at 6:32am PDT

After five days on El Cap our ten year old daughter topped out, fulfilling a longtime goal that she had worked hard towards. More to come about an amazing experience. #elcap #goals #defygravity #yosemitenationalpark #thenose

A post shared by Glenwood Climbing Guides (@glenwoodclimbingguides) onJun 13, 2019 at 6:32am PDT

There are more than 100 routes to the top of El Capitan, which was first climbed in 1958. The Dawn Wall, a 900-metre ascent is considered the hardest.

US citizens Kevin Jorgeson and Tommy Caldwell became the first to free-climb the Dawn Wall, using just their hands, feet and safety ropes to make the ascent.

With just a bag of chalk to improve his grip, Honnold scaled the Freerider route – a distance equal to the Empire State Building and Chrysler Building stacked on top of each other – plus an extra 500 feet (152 metres), in just under four hours.

His exploit was the subject of the documentary Free Solo, which took home the Oscar for Best Documentary Feature in February this year.

According to Climbing.com, 25 people have died on El Capitan, while more than 100 climbing-related accidents happen in Yosemite each year, according to the US National Park Service.

More than four million people visit the park each year.