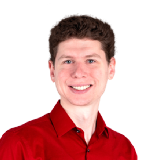 Whether you’re involved in an office pool, a Calcutta or just enjoy dabbling in the futures market, you want to have a good feel for the elite teams. Yes, nailing those first-round upsets is an adrenaline rush, but more often than not, properly evaluating the elite dictates where your wallet sits at the end of the madness.

And that’s why I’m here: to help you be the master of your Final Four domain, the king of the bracket country, the queen of the collegiate castle, the Lord of Madness Manor. Let’s take a look at which teams are in position to make a deep run.

Over the past five tournaments (2015 to ’19), the last team standing had an average ranking of …

It should be no surprise that strength of schedule and defensive efficiency have strongly correlated to tournament banners, but the increase in the importance put on sharing the ball is interesting. So who is keeping up with the times, and who could be left in the dust?

If you’re looking down the board a bit …

If we are going to use this data as a reference point for those that can make a Final Four (and win a title), we’d be wise to use it to also rule out a pair of higher seeds …

As long as we are evaluating the top of the board, you have to consider not only the team you are backing, but the teams that you are then effectively fading. I generate spreads for every game, so I decided to take a peek at what the total projected spreads would be for each of the top-2 seeds to win their regions. To avoid a single massive number impacting this study, I took a Round 1 win for granted, understanding that all are heavy favorites and the difference between a 20-point spread and 30-point spread means little in the scope of a Final Four run. The results (Houston and Alabama graded out as cumulative underdogs because of my power ranking for the 1-seed in their bracket) …

Obviously the Isaiah Livers injury looms large (my numbers judge what has happened, so an active version of him has played a part in much of the Michigan profile), but how much would one player impact the spread? Even if you take a very aggressive approach and drop the spread by five points per game over this stretch, the Wolverines still grade out, for me, as having the second-most equity in terms of a Final Four run.

Who doesn’t like Cinderella this time of year? If you’re taking a Final Four flier, you almost have to operate under the assumption that you’ll have to beat the top seed in the region. Seeding is never perfect, but for the sake of this argument, I’m using a seed difference of 5+ as my cutoff for an “upset.” Over the past 10 tournaments, 80.2% of upsets have come when the worse seed had a defense or offense that ranked top-50 in terms of efficiency. A pair of teams that very much qualify in this vein? Oklahoma and BYU.

The Sooners rank 36th in offense and 53rd in defense, not to mention they have shown the ability to string quality performances together (three wins over top-10 teams in an eight day January stretch). The form hasn’t been great of late, but their recent losses have tanked their odds and they’ve all be tight games that could easily have gone the other way. Yes, Gonzaga looms in the second round, but hey, if we are talking a long shot to make a Final Four, you’re going to have to play at least one elite team! If they were to shock the world there, things get really interesting. Next up (likely) awaits either a Creighton team that is more than capable of laying an egg (see: Tournament Final, Big East) or a Virginia team that could be dealing with a limited roster. After that, another hot-and-cold team in Iowa. Is it an easy path? No. But this is a well-rounded team that is capable of putting together the type of 40-minute performance it takes to bust brackets and/or cash big tickets.

As for the Cougars, they are one of nine teams (three of whom are one seeds) to rank top-30 in both offensive and defensive efficiency this season. Yeah, that’ll work. They also join Gonzaga and Illinois as the only teams to rank top 10 in this field in both rebound rate and effective FG%. So they gather misses and take good shots? Do you have a better way to win basketball games? They also come loaded with hedge equity, given their location in the region — the bottom half. They won’t have to face top-seeded Michigan until the Elite Eight, in which case you could easily drop your exposure and secure a nice payday. Given that they rank in the back half of D-I in pace of play, BYU has the ability to ramp up the value of each possession, something that gives them win potential against teams that are thought of as superior in Texas and Alabama. Spoiler alert … I’m not as high on either of those teams as the public, thus making BYU my favorite “look smarter than your friends if it happens” team. What does all of this mean for filling out a bracket? Well, here’s where I landed, and I’d love to see your tickets/brackets when things lock on Friday!