Australian cricket's year from hell has finished on a low as India retained the Border-Gavaskar Trophy after claiming victory in the third Test.

The 137-run win gave India a 2-1 lead and leaves them on the verge of claiming a historic first series victory on Australian soil. 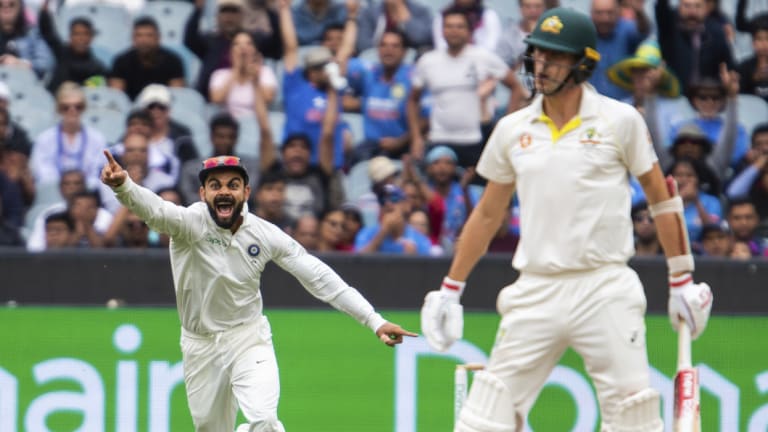 Virat Kohli's men needed only 27 balls to claim the final two wickets for their first Test victory in Melbourne since the 1980-81 season.

Australia added three runs to their overnight total before being dismissed for 261 in pursuit of 399.

"We wanted to win the series and get that trophy back," captain Tim Paine said. "It's not going to be but every Test you play for Australia you want to win."

Pat Cummins' quest for a maiden Test century ended on 63 after Jasprit Bumrah found his outside edge. The paceman can hold his head high after posting career-best returns with bat and ball. 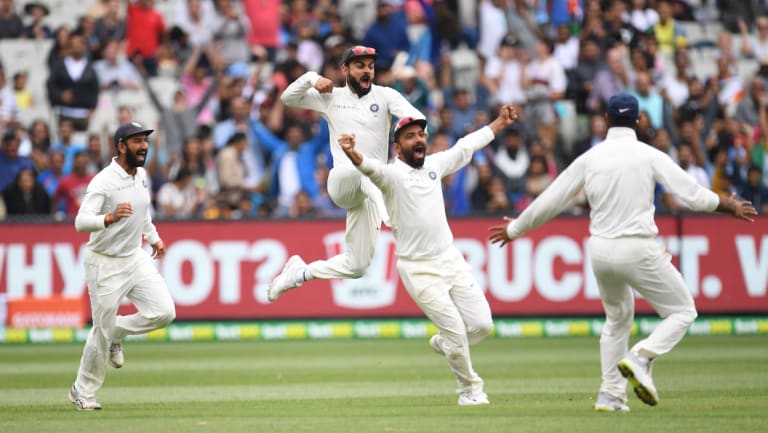 "He's been fantastic," Paine said. "He's exactly what you want from your cricketers. He's highly skilled, rolls his sleeves up and has a crack."

Ishant Sharma put the hosts out of their misery by having Nathan Lyon caught behind for seven.

Rain had given Australia the faintest hope, washing out the first session, but it only delayed the inevitable.

Australia have now lost five of seven Tests since the ball-tampering controversy in South Africa.

It was the team's first Test loss in Melbourne since they were humiliated by England in 2010.

The fourth Test starts in Sydney on Thursday with Australia needing to win to square the series.

Aaron Finch and vice-captain Mitchell Marsh are both under pressure to retain their place in the XI after twin failures. Selectors are expected to finalise their squad later on Sunday.

"We know we are en inexperienced team," Paine said. "We have to keep backing them. The guys are trying.

"You have to give credit to India. This is a quality attack from India, who pressure, pressure and pressure.

"We saw in Perth we can match it with these guys and beat them."