INTER MILAN have announced their new away kit and fans are split over the unique design.

The Serie A champions have thought outside the box with both strips this season, with the home shirt featuring a snakeskin effect. 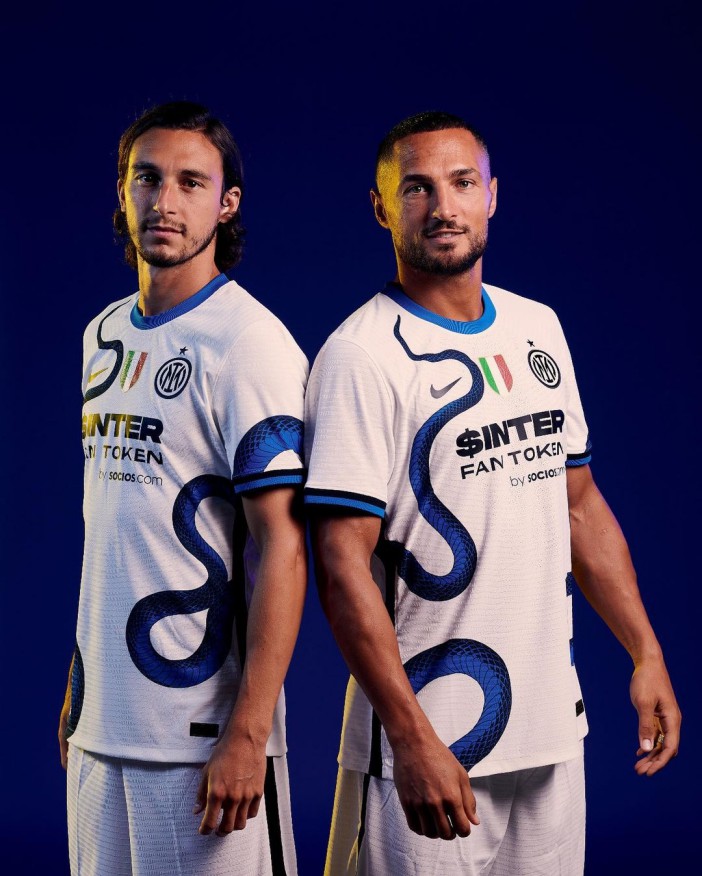 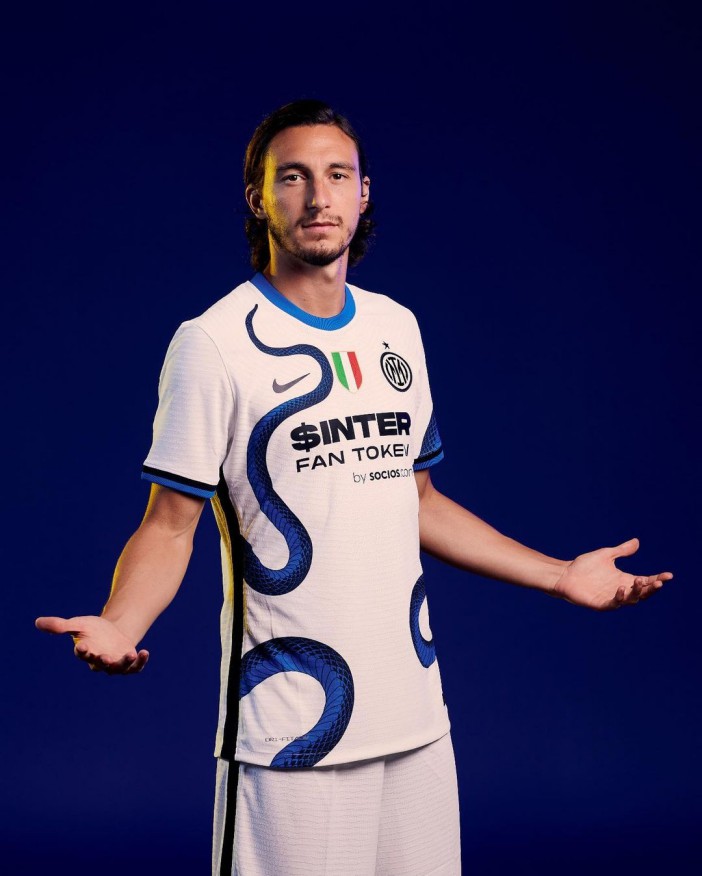 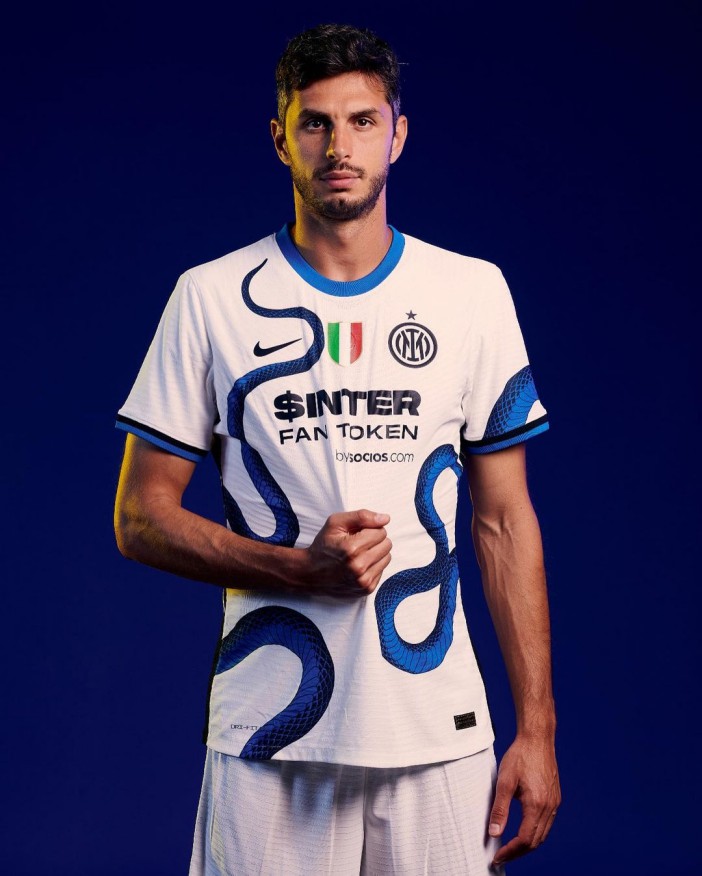 And they have stuck with the snake theme for the away kit, in line with their nickname Biscione – The Grass Snakes – which is the historic symbol of the city of Milan.

The white shirt is covered with black and blue snakes, featuring on the front as well as the sleeves.

Manufacturer Nike created the kit as a tribute to Inter's iconic 2010-11 second strip that was created in the wake of the club's historic Champions League win.

Inter revealed the kit on Twitter along with a caption that read: "The new skin of an icon, Made of Milan."

And several fans are delighted with the design, with one replying: "I absolutely love this jersey."

Many were in agreement, another adding: "This is really cool."

But not everyone was pleased, with one supporter tweeting: "Why am I feeling hallucinations seeing this jersey?"

Star player Nicolo Barella, who has been linked with a move to Liverpool, modelled the top, just as he did with the home shirt.

Inter will be aiming to retain their Serie A title this season and look set to keep Romelu Lukaku to help make that a reality, despite Chelsea eyeing the striker.

Achraf Hakimi was allowed to move to PSG but Arsenal's Hector Bellerin could be brought in as a replacement.