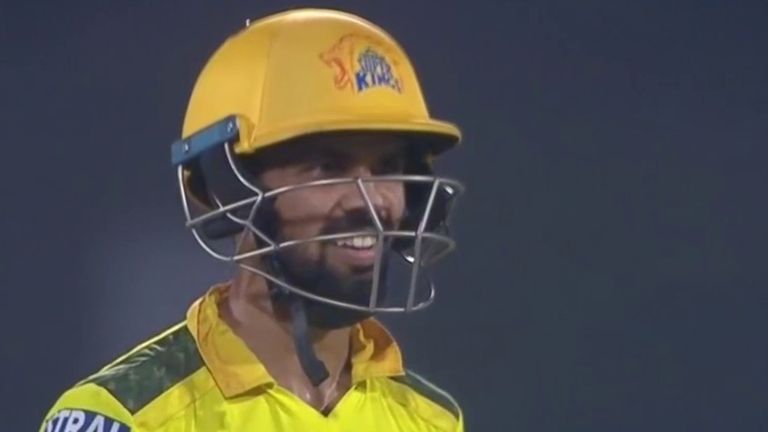 Ruturaj Gaikwad’s free-flowing 75 led the way as Chennai Super Kings cruised to a seven-wicket win over Sunrisers Hyderabad to go top of the IPL table.

Gaikwad shared an attractive opening stand of 129 with in-form Faf du Plessis (56 off 38 balls) to put Chennai on track for a fifth straight win that leaves Sunrisers firmly at the foot of the table.

So it proved as Chennai reached their target with nine balls in hand despite Rashid Khan’s 3-36, which included the wickets of Moeen Ali (15) and Du Plessis with his final two deliveries.

Sunrisers struggled to score at a decent lick following the early loss of Jonny Bairstow after choosing to bat.

The Englishman failed to cash in after being dropped down the leg-side by MS Dhoni on nought, scoring just seven before miscuing a pull off Sam Curran (1-30).

Pandey and Warner were unable to cut loose – the Australian in particular finding the fielders – but accumulated well enough to bring up their half-centuries off 35 balls and 50 balls respectively. 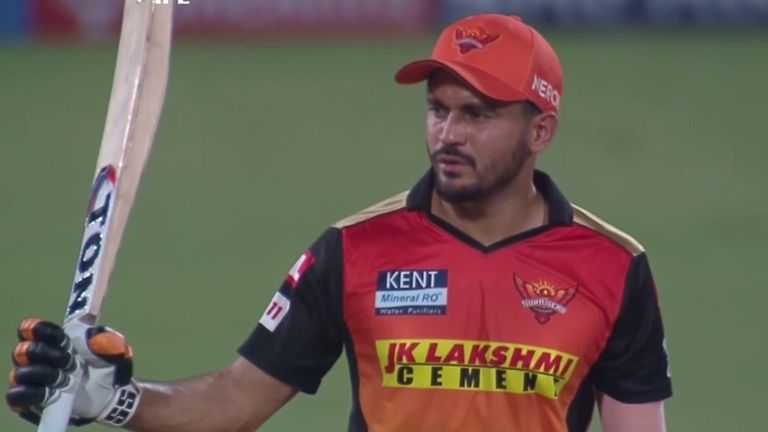 Warner, battling for timing, became the fourth man to score 10,000 T20 runs when he reached 40 and brought up his fifty with a six over midwicket off Ravindra Jadeja before falling to a wide Lungi Ngidi (2-35) delivery.

The South African seamer took his second wicket of the over when du Plessis leapt to his right on the boundary edge to send Pandey back with a fantastic, flying catch.

At 134-2 off 17.5 overs, Kane Williamson (26no off 10 balls) had to fly out of the blocks and he duly obliged with three fours and a six off four Shardul Thakur deliveries in the 19th over.

Kedar Jadav (12no off four) likewise hit the gas, striking 10 off the final two balls of the over from Curran.

The late surge was too little, too late as Gaikwad and du Plessis dominated to compile their second century-stand of the tournament off exactly 11 overs.

Du Plessis’ placement and stroke-craft was impeccable as he reached his 19th IPL fifty and third in a row off just 32 deliveries.

Gaikwad brought up his own half-century off 36 balls before he was dropped on 62 by Bairstow, who could only get fingertips to an edged drive off Rashid Khan – the ball hurrying away for four.

The spinner conceded a second boundary in the over before knocking over Gaikwad’s off-stump as the opener played for turn that wasn’t there.

Moeen Ali flicked his first ball for four only to become the first of two Rashid victims in as many balls when he holed out to Jadhav at long-on.

Du Plessis fell to the very next delivery – reviewing in vain against an lbw decision as replays showed the ball would have gone on to hit the top of leg stump.

The wickets proved only a minor road bump in Chennai’s victory march – Suresh Raina (17no off 15) and Jadeja seeing the Super Kings across the line.

Watch more IPL action on Thursday with a double-header! The action begins with Mumbai against Rajasthan from 10.50am on Sky Sports Cricket, before Delhi face Kolkata from 2.50pm.