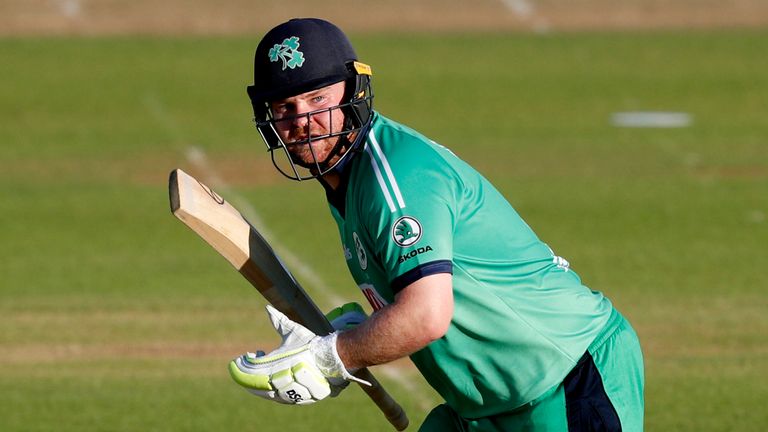 Paul Stirling’s 10th ODI century was not enough as Ireland slid to a shock six-wicket defeat in the opening game of their four-match series against the United Arab Emirates.

Stirling struck an undefeated 131 from 148 balls – his second successive ton in ODI cricket, having helped his country to victory against England at the Ageas Bowl in August – in a total of 269-5 in Abu Dhabi.

But Ireland failed to break a fourth-wicket stand of 184 between Chundangapoyil Rizwan and Muhammad Usman, both of whom also reached three figures to secure a win for the Emirates with six balls to spare.

Having lost Kevin O’Brien for 23, Stirling and skipper Andy Balbirnie (53 from 61) shared a partnership of 102 to put Ireland on a solid footing, but the middle order batsmen were unable to capitalise. However, Stirling batted through the innings, gaining support from Curtis Campher (24 from 30) and Gareth Delany (21 not out from 15) and ensuring a strong finish.

But Rizwan (109 from 136) and Rizwan (102no from 107) turned the innings around and secured victory to give the home side – who were forced to reshuffle their side after two players tested positive for Covid-19 – a 1-0 series lead.

The second match takes place at the same venue on Sunday.