Claude Puel's side haven't won in four games on the road and last week humiliatingly became the first team since September 2016 to lose to Crystal Palace without Wilfried Zaha featuring. 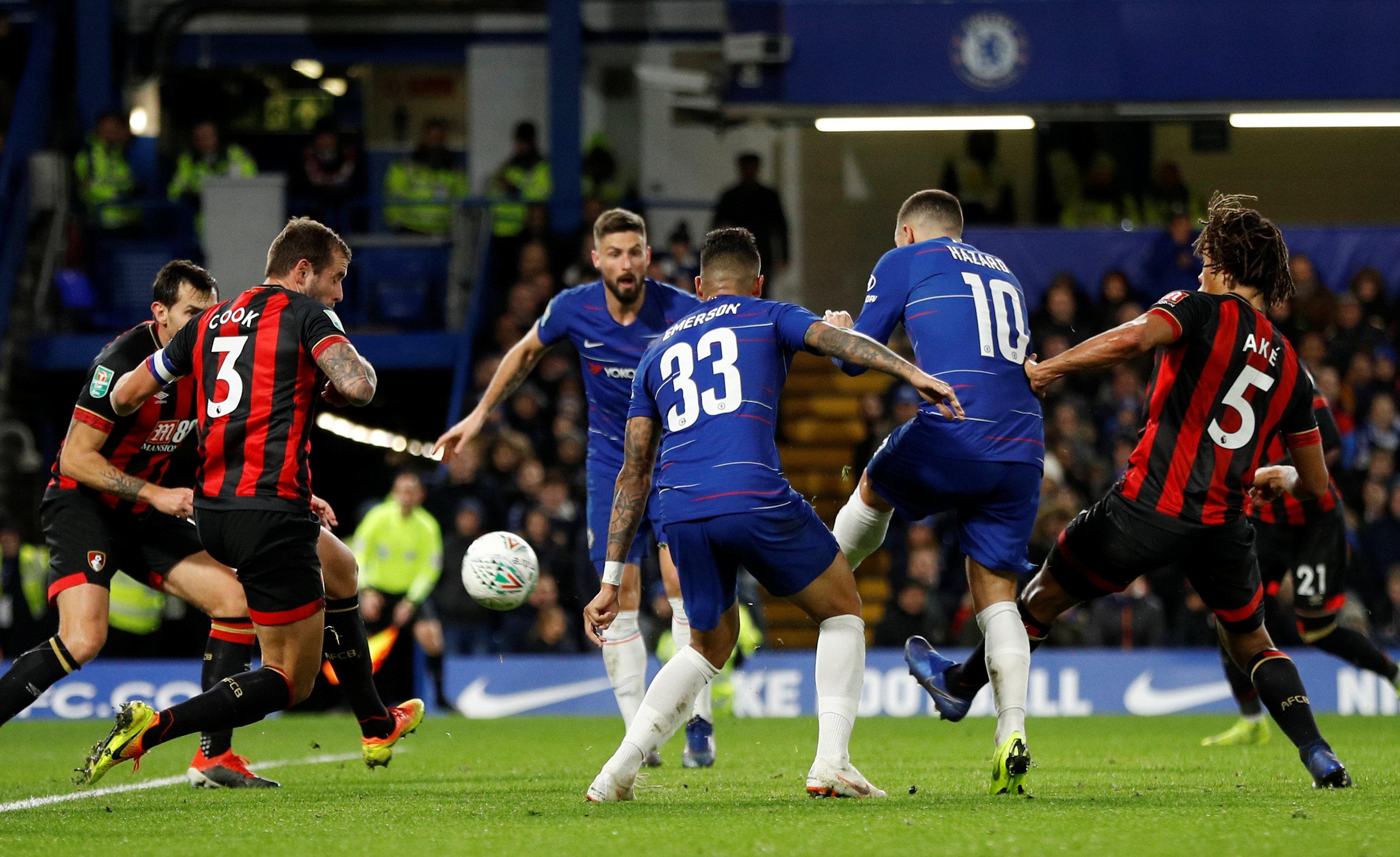 Despite their excellent home form, Maurizio Sarri's men are seven points off the Premier League pace after damaging defeats away at Wolves and Spurs.

But three points here could propel them above London rivals Spurs and into third place.

THIS Premier League clash is scheduled for Saturday, December 22.

Kick-off at Stamford Bridge is at 3pm.

When the Foxes visited last, they frustrated Chelsea back in January to take a point following a 0-0 stalemate.

Is Chelsea vs Leicester on TV and can I live stream it?

SADLY this game falls under the blanket ban on UK coverage and won't be broadcast live.

You can catch highlights on Match of the Day at 10.30pm on BBC ONE, whilst SunSport will as usual be running a LIVE BLOG.

N'GOLO KANTE, Eden Hazard and Pedro all started on the bench against Bournemouth but are poised to return to the starting XI.

Striker Alvaro Morata has a twisted knee and will be out of action until Boxing Day.

Leicester are sweating on the fitness of England full-back Ben Chilwell, whilst Daniel Amartey continues his lengthy absence with a knee injury.