As a tactic for winning football games, punting makes little sense. Basketball teams don’t stop rebounding and offer the ball to the opponent if they miss a few jumpers. Baseball teams don’t reach an 0-2 count with two outs and declare: “Oh well, the odds are against us. You’re up!” Yet football coaches, those self-styled battle-hardened generals, have been meekly surrendering on fourth downs for decades.

The punt, a holdover from football’s rugby-related roots, has been part of the N.F.L.’s calcified conventional wisdom for generations. But the tactic has fallen on hard times in recent years. The events of this year’s playoffs could push the punt to the verge of extinction. When Chiefs Coach Andy Reid made the bold fourth-quarter decision in Kansas City’s divisional-round playoff victory over the Cleveland Browns on Sunday, he may have launched the meteor.

Reid’s Chiefs appeared to be trying to lure the Browns defense offsides before an evitable punt on fourth-and-inches while protecting a narrow 22-17 lead. Instead, the Chiefs snapped the ball and surprised the defense with a short pass that allowed them to run out the clock instead of giving the Browns a chance to attempt a desperate final touchdown drive.

Reid’s daring decision was the latest development in what has become a postseason referendum on punting. Moments earlier, the Browns had punted despite trailing in the fourth quarter, hoping their defense could stop a Chiefs offense missing the injured superstar quarterback Patrick Mahomes. It could not.

In the previous week’s wild-card round, both the Pittsburgh Steelers and Tennessee Titans punted in late-game, short-yardage situations while trailing, only to allow the Browns and Baltimore Ravens to score on the next possession, extend their leads and ultimately win both games.

Punting has become far less prevalent in recent years. N.F.L. teams punted an average of 3.7 times per game during the 2020 regular season, the lowest figure in recorded pro football history. Teams averaged 4.8 punts per game as recently as 2017, a rate that had held more-or-less steady since the mid-1980s but has declined in each of the last four seasons.

The sudden decrease in punting comes over a decade after the football analytics community began decrying the punt as a counterproductive strategy, particularly in short-yardage situations near midfield or when trailing late in a close game. It doesn’t take much number crunching to realize that if the average offense gains 5.6 yards per play (the 2020 rate), not only should a team be able to pick up a yard or two on fourth down, but it should also be wary of gifting the ball to an opposing offense capable of marching right back down the field 5.6 yards at a time. 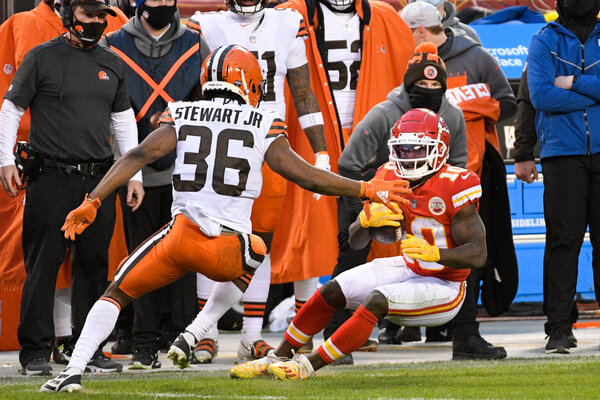 Fans have become increasingly aware of the analytics of punting, thanks to social media accounts that provide real-time calculations of a team’s chances of winning based on various in-game decisions. However, it takes a long time for anything remotely scientific to gain acceptance in a league where coaches have been passing down both sacred tactical oral wisdom and tough-guy rhetoric since the days of George Halas.

In the primordial N.F.L. of the 1920s, it was common for a superstar like Jim Thorpe to punt on first down if his team was pinned near its own goal line. The early-down punt disappeared at about the same time as the leather helmet, but punting on fourth down in most circumstances (when not in field-goal range) became the unquestioned norm at all levels of play. That made sense at the time. In the early 1950s, N.F.L. teams averaged less than five yards per play and committed well over three turnovers per game (the 2020 turnover rate was just 1.3 per game), so there was a decent chance that the punting team would quickly get the ball back.

Offenses have grown steadily more efficient since the late 1970s. Yet most coaches remained convinced that even a fourth-and-inches conversion attempt was as nearly as risky as betting the deed to the farm on the hope of a royal flush.

Conversion attempts gradually increased as mavericks like New England Patriots Coach Bill Belichick (who has an economics degree) and then-Panthers coach Ron Rivera (whose nickname is Riverboat Ron) enjoyed success with fourth-and-short “gambles” over the last two decades. Doug Pederson, the former Philadelphia Eagles head coach, bucked conventional wisdom in Super Bowl LII with several high-risk fourth-down conversions, including the Philly Special (a goal-line trick play for a touchdown run in a typical field-goal situation) and a fourth-and-1 pass while protecting a fourth-quarter lead, which was similar to Reid’s decision on Sunday.

A few high-profile anecdotes carry more weight in the N.F.L. than a mountain of statistical research, so it’s no surprise that punt rates began dropping precipitously after Super Bowl LII. The last two weeks of playoff results will likely further sour coaches on punting when they have no other viable options.

There will always be a place for the punt on fourth-and-15 from the shadow of a team’s own goal posts. And in a league full of traditionalists who still chant mantras like “establish the run” and “defense wins championships,” no strategy is likely to disappear overnight. But gradually, coaches will begin to wonder why they are replacing their multimillion-dollar quarterbacks in high-leverage situations with the player most likely to walk through a parking lot tailgate unrecognized, and why they preach aggressiveness all week during practice, only to timidly, and voluntarily, give the ball to their opponents with the game on the line.

As soon as the tough guys and mathematicians finally agree about punting, they can start debating in earnest about settling for field goals.