AJAX are expected to bring 2,000 fans to Turin with them for the clash with Juventus but their numbers were depleted when 54 were deported from the Italian city.

Buses carrying supporters on the outskirts of Turin were stopped on Monday as authorities carried out stringent checks. 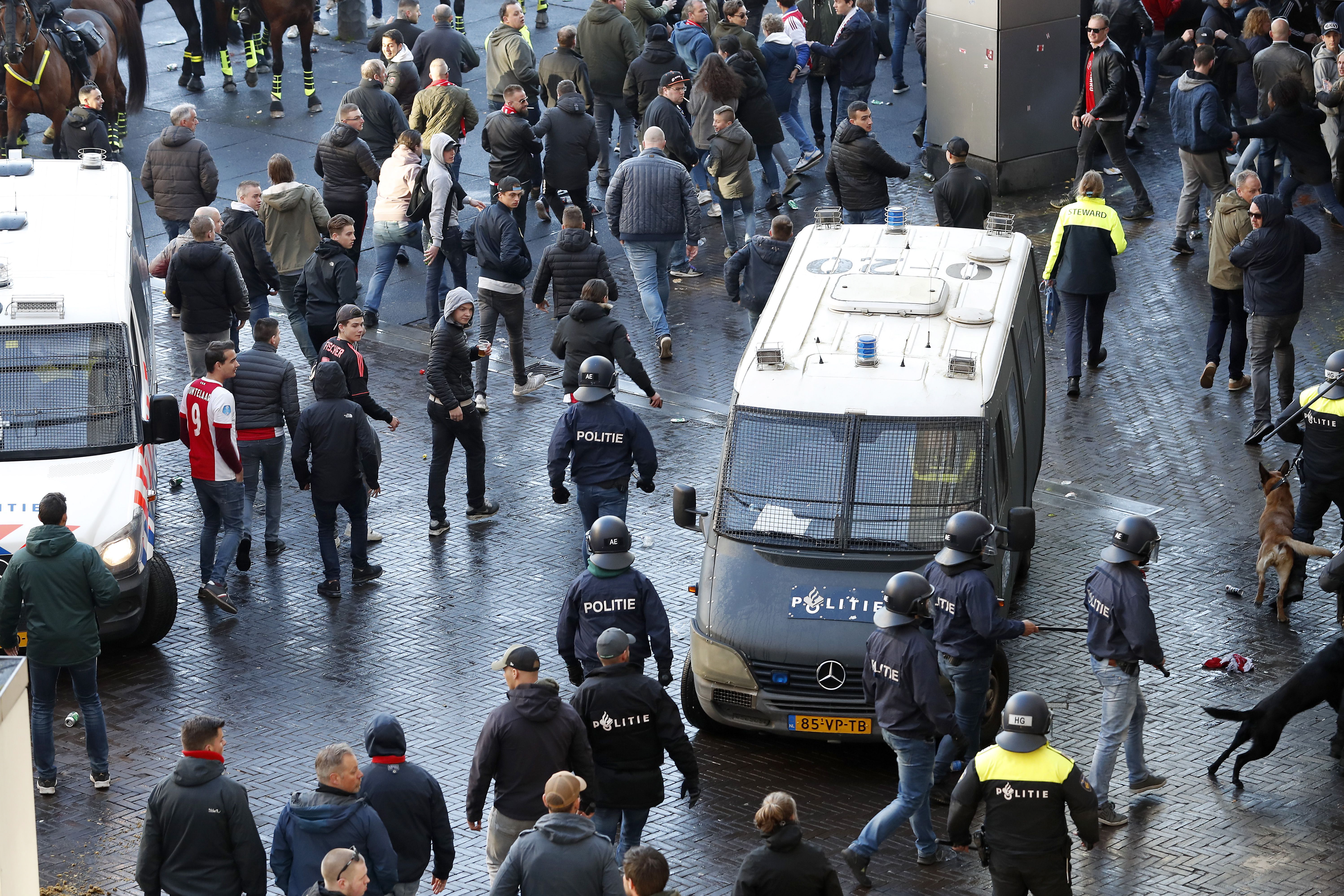 Police confirmed knuckle-dusters, fireworks and smoke bombs were found among the fans' possessions.

Fears of clashes between supporters and police are high after violent scenes ahead of last week's first leg.

Dozens were arrested while water cannons were deployed to disperse crowds in Amsterdam.

Hooligan violence has long plagued Italian football and the the far-right populist Lega Nord party, minority members of the country's coalitian government, hailed the arrests as a victory.

Interior Minister Matteo Salvini confirmed the Ajax fans would be deported on Tuesday morning, tweeting: "We're fighting against every type of violence inside and outside stadiums.

Juventus host the Eredivisie side in the second leg of their quarter-final tie on Tuesday, the game kicking off at 8pm.

A David Neres goal secured a 1-1 draw back in Amsterdam and Ajax can take confidence from their dismantling of Real Madrid at the Bernabeu in the last round.

And Serie A leaders Juve were unable to confirm their league crown on the weekend, resting several players while losing at SPAL.