England wonderkid Jadon Sancho was struck by an object thrown from the crowd during Saturday’s game between Borussia Dortmund and Schalke.

Sancho claimed his 14th Bundesliga assist of the season when he set up team-mate Mario Gotze to give Dortmund the lead on 14 minutes.

As the Dortmund players were celebrating Gotze’s goal, a lighter was thrown from a section of Schalke fans and it hit 19-year-old Sancho on his head. 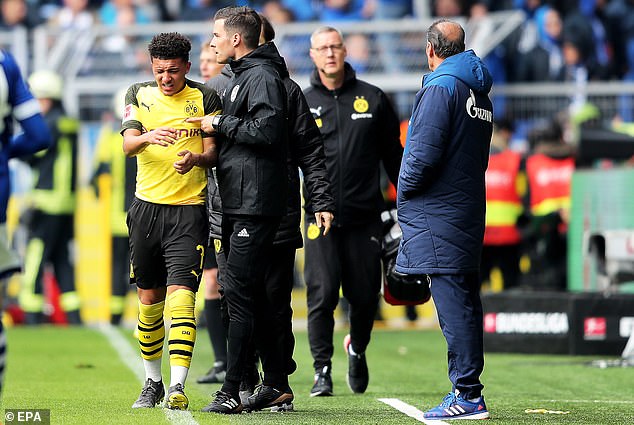 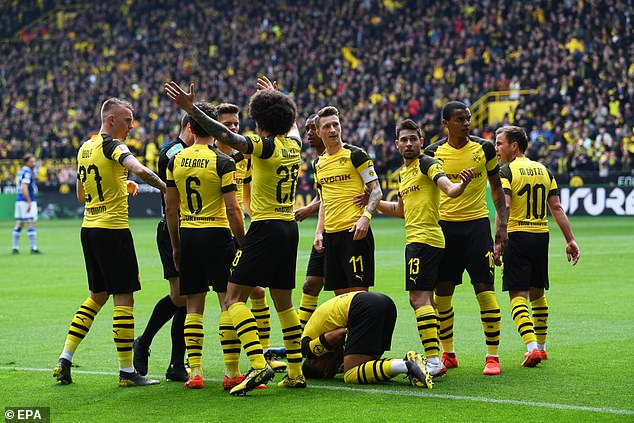 Sancho, 19, fell to the floor after being hit by an object thrown from a section of Schalke fans 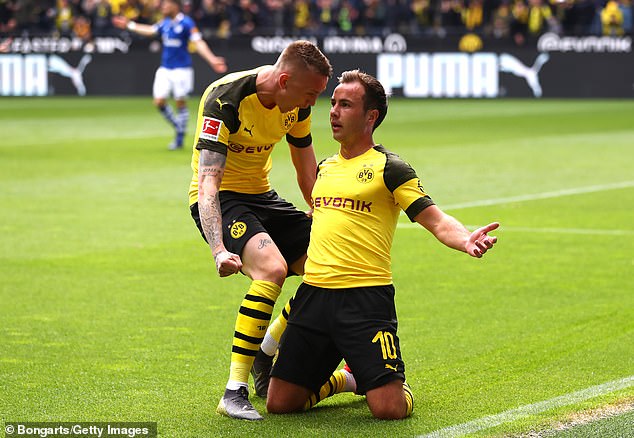 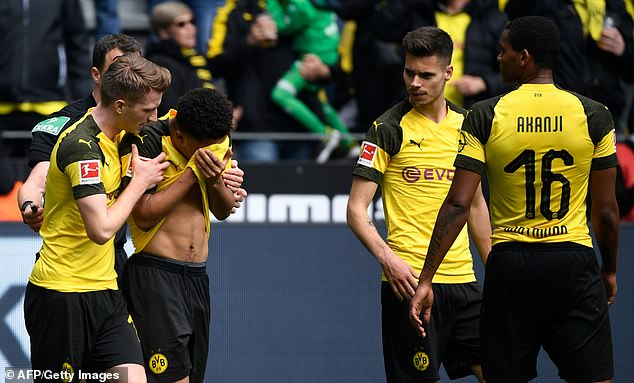 He fell to the floor and was checked on by the referee and Dortmund’s medical staff before being cleared to play on.

The trio had begun Saturday tied on 13 league assists each.

Despite Dortmund starting their derby with Schalke so well, they went on to lose 4-2 and finished the game with nine men after Marco Reus and Marius Wolf saw red. 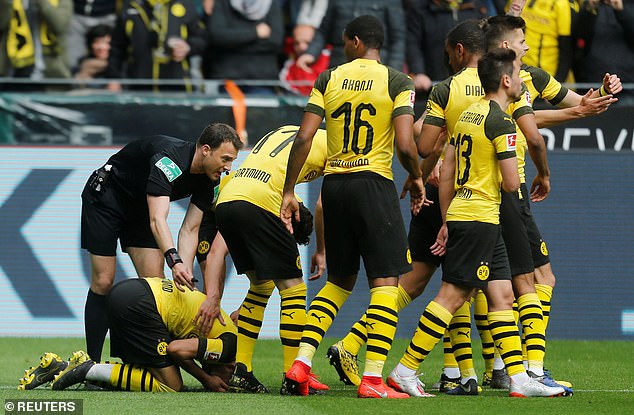 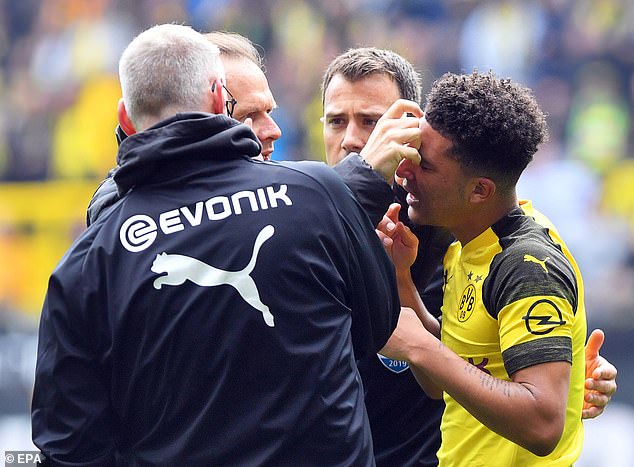