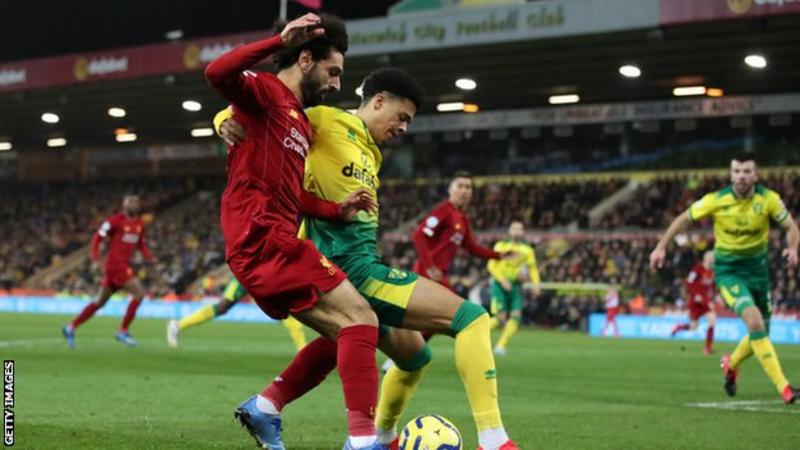 Northern Ireland defender Lewis, 22, made 28 Premier League appearances in 2019-20, scoring once, as the Canaries were relegated.

Norwich are thought to be keen on Reds left-back Yasser Larouci, which could help a deal be reached.

Algeria-born Larouci, 19, has one year left on his contract and is keen to get more playing time.

His only two first-team appearances for the Premier League champions came in the FA Cup, with 34-year-old midfielder James Milner usually covering for Scotland captain Robertson, 26, when needed.