JAMES RODRIGUEZ looked delighted to be ending his Everton nightmare as he arrived at Al Rayyan to finalise his move.

Goodison Park appeared to be the last place on the 30-year-old's mind following his arrival at the Ahmed Bin Ali Stadium for a fee of around £6.9million. 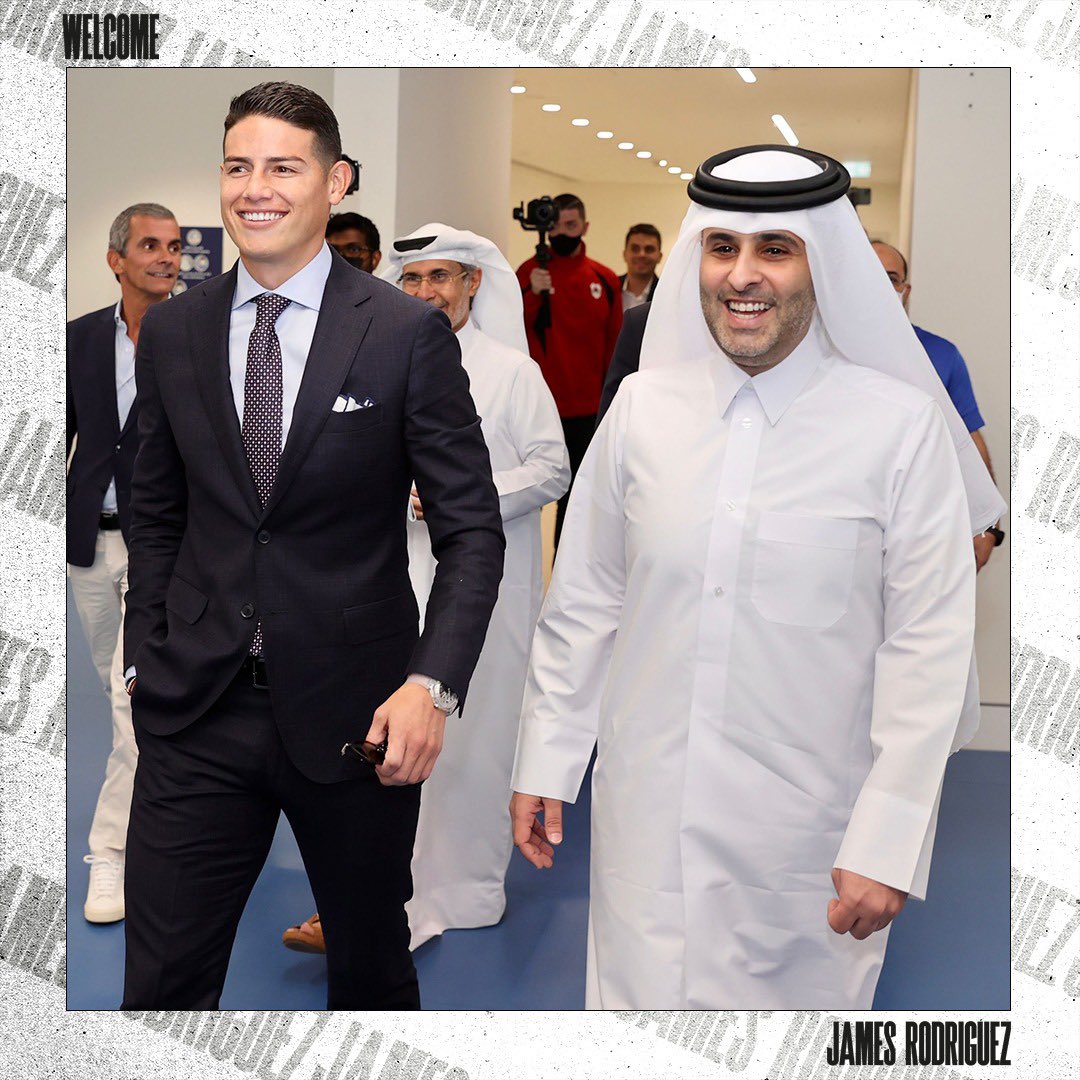 The Brazilian striker, dressed sharply in a suit, was all smiles as he was snapped alongside an Al Rayyan representative on the club's Twitter account.

SunSport revealed yesterday that the Colombian had completed his switch from the Toffees to the Qatari club after just a year on Merseyside.

A move to the Middle East was the only card on the table for Rodriguez because he couldn't seal a transfer to a European side before deadline day.

And the region's transfer window is open for another week, plus not many other clubs were willing to match his hefty £200,000-a-week wages.

It was reported that Rodriguez was in Qatar discussing the details of his transfer last Saturday when the Toffees were getting thumped 3-0 by Aston Villa.

Rodriguez's move to the Middle East is a far cry from when he was one of the most sought-after talents in Europe following his World Cup Golden boot win in 2014.

The ex-Real Madrid star's had a rough 12 months at Everton, scoring just six goals in 26 appearances in all competitions.

Everton's new boss Rafa Benitez made it clear that Rodriguez didn't have a future at the club when he took over this summer.

And the Spaniard has stuck to his word as Rodriguez hasn't started a single game in the Premier League this season.

He also soured his relationship with Everton's fans when he claimed to not even know who the club's next opponents were when the season started.

While speaking to the Toffees faithful on Twitch before the Leeds game, Rodriguez said: "On the weekend I will not play, I don't even know who Everton is playing, can you please tell me?

"I think it is away because the past was here at home."