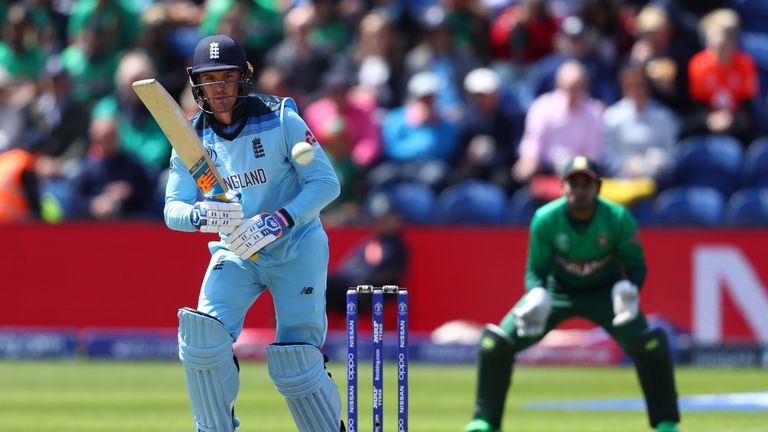 Jason Roy enhanced his Test claims with a World Cup hundred against Bangladesh. So come this summer’s Ashes, could he be opening?

August 1. Thursday. It’s the first morning of the first Ashes Test at Edgbaston – a full house in, all itching with anticipation to get a glimpse of England’s newest Test opener – as Jason Roy makes his way out to the middle to face the first ball.

Such a scenario became eminently more plausible with every passing delivery Roy faced – and subsequently dispatched to the boundary – during his imperious 153 against Bangladesh on Saturday.

“Every time he bats like that, my phone starts buzzing, and social media starts going ‘Roy must play’,” Nasser Hussain told Sky Sports.

A 92-ball ton up for Roy, in comedy style in the end, but a wonderful knock.

“I don’t think now is the time to be discussing – during a World Cup – what should happen in the Ashes in August. But one thing I know is, if Roy carries on playing like this, with a game against Australia coming up in this tournament, the people that really matter – the selectors – will be sure to take note.”

Roy’s sparkling 121-ball knock in Cardiff – containing 14 fours and five sixes – ensured England’s World Cup campaign got back on track after Monday’s defeat to Pakistan in which his drop of Mohammad Hafeez proved costly.

England’s fielding in general at Trent Bridge was sub-standard, but lost among the 14-run reverse was also the failure of the top order. Sure, Joe Root and Jos Buttler went on to score fine hundreds, but only after England first had to dig themselves out of 86-3 and 118-4 shaped holes.

Four wickets down for not many is a fate that regularly befalls the Test team, and it’s precisely why Roy’s name is being mentioned as the answer to the ‘who is England’s next opener?’ riddle long-posed ever since the day of Andrew Strauss’ departure. 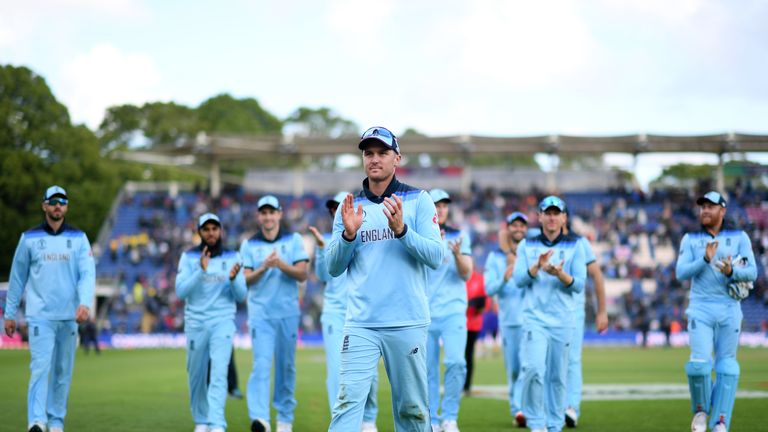 “I wouldn’t be surprised if England did go down the Roy route for the Ashes. And I think it would be absolutely right,” Rob Key told Sky Sports, weighing in on the Roy debate.

“What have you got to lose? Keaton Jennings – with the exception of a couple of hundreds – hasn’t set the world alight by any stretch.

“Roy could come in and nick off as well. But I like to look at the upside. He is capable of scoring brilliant hundreds, putting the opposition on the back-foot or, at the very least, earning England some momentum at the top of the order with the way he plays.”

Roy averages a healthy 42.04 across 79 ODIs, but it his specifically his form over the past two years, that has him tipped for switch to the red ball.

Having been dropped due to poor form during the 2017 Champions Trophy, Roy averages 52.84 since his recall, with five of his nine ODI hundreds being scored in the past 18 months – including the record score by an England batsman of 180 against Australia in Melbourne.

In that time, Roy has forged a record-breaking partnership at the top of the order with Jonny Bairstow, providing the platform for the middle-order stroke-makers of Ben Stokes, Jos Buttler and Moeen Ali to flourish. How all three would love the opportunity for the same during the Ashes – the opportunity to start fires with the bat, as opposed to putting them out, as has too often been the case.

But can Roy’s game translate to Test cricket? And, specifically, opening in Test cricket? For his county side Surrey, Roy’s red-ball opportunities come lower down the order, kept out of the top two by the already tried-and-discarded-by-England, Mark Stoneman, and his most-likely Ashes batting mate, Rory Burns.

Roy’s sparkling 153 suggests the game is there. It was a different Roy to the one we are so used to seeing blazing a trail in the opening powerplay. He still raced through to fifty – in 38 deliveries – but with technically-sound cricket shots, more so than blasting the ball to the boundary, or over it.

Roy’s first six, in fact, did not arrive till the 12th over, while three were not struck till the 35th – coming consecutively off Mehidy Hasan as he ultimately perished in pursuit of six in an over. By then, 80 per cent of Roy’s runs had come in front of square – the highest figure he has recorded in an ODI score of 50 or more.

“Everyone goes on about England’s fearless batting, but today it was smart batting,” added Hussain. “The major threat playing Bangladesh is always Shakib Al Hasan and, what I liked about Roy today was, he just gave himself three or four overs to work out conditions, the pitch, Shakib’s angles.

80% of Jason Roy's runs today have come in front of square – that's the highest figure he's ever recorded in an ODI score of 50+. #CWC19

“He’ll always have games like he had the other day. If you have been given the freedom to ‘go out and express yourself’, and you have that swagger that Jason has, you will have days where you get it slightly wrong.

“But it’s not what happens to you that is important, it’s about how you react to it. He has reacted brilliantly.”

Roy has been at the heart of England’s turnaround in the white-ball format since the 2015 World Cup – personifying their fresh, bold, fearless approach – but the swagger sometimes outweighed the success, with attractive 30s or 40s preceding a reckless shot to gift his wicket away.

Roy’s 153 in reaction to his Trent Bridge setback is indicative of a more mature cricketer that has emerged during his recent run of fine form – adding to the belief it can be translated to the red ball.

“He showed good mental toughness after a poor game against Pakistan and has redeemed himself 10 times over with a big hundred,” said Key.

“But even before this, I had him down opening in the Ashes. He has the technique, that touch of brilliance, that bit of magic.

“My point is, who is the best option to face Mitchell Starc, Pat Cummins, Josh Hazlewood? I’d say Roy. I’d rather see him walking out at Edgbaston than most others.”