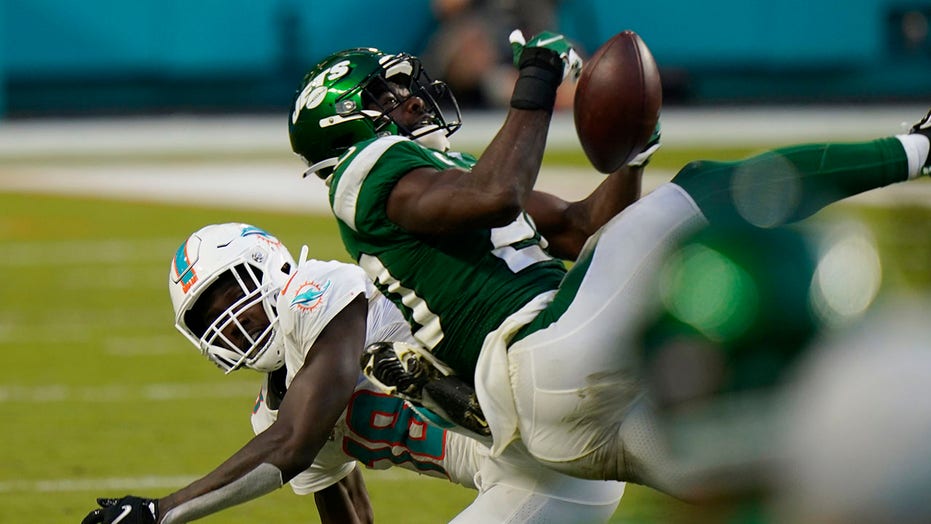 The New York Jets might have another Jamal Adams situation on their hands.

Star safety Marcus Maye is set to become a free agent later this month and, according to his agent, he’s not so pleased with how contract negotiations have been going.

ESPN reported Tuesday that the Jets could have up to $80 million in cap space by the time the free agency market opens on March 17 but Maye’s agent, Erik Burkhardt, tweeted that the Jets “refuse to take care of” his client.

“…Yet refuse to take care of their best player, Captain, & team-voted MVP in his prime who had several All-Pro votes…and who played out his entire rookie deal and even changed positions on his contract year (after they got rid of last yrs All-Pro safety).”

Jets general manager Joe Douglas addressed the statement during a press conference on Wednesday, saying that he’s had “productive” talks with Burkhardt regarding Maye’s contract.

The situation is all too similar to that of former Jets safety Adams, whose departure gave way to Maye’s rise this past season.

Adams was traded to the Seattle Seahawks last season after a very public falling out with the organization over failed contract negotiations.

Maye, 27, was drafted by the Jets in the second round of the 2017 draft. He’s totaled a career-high of 88 tackles, two sacks and two interceptions last season. New York could place a franchise tag on Maye by Tuesday, which would give them until July 15 to negotiate a long-term deal.