JON WALTERS has hit back at "bully" Roy Keane and says the Manchester United legend is not as tough as he thinks after he mocked him for "crying" about his sick daughter on TV.

Acid-tongued Keane, 48, was slated on social media for having a go at Walters for crying after speaking about losing a brother, his daughter being diagnosed with an illness and his wife having a miscarriage. 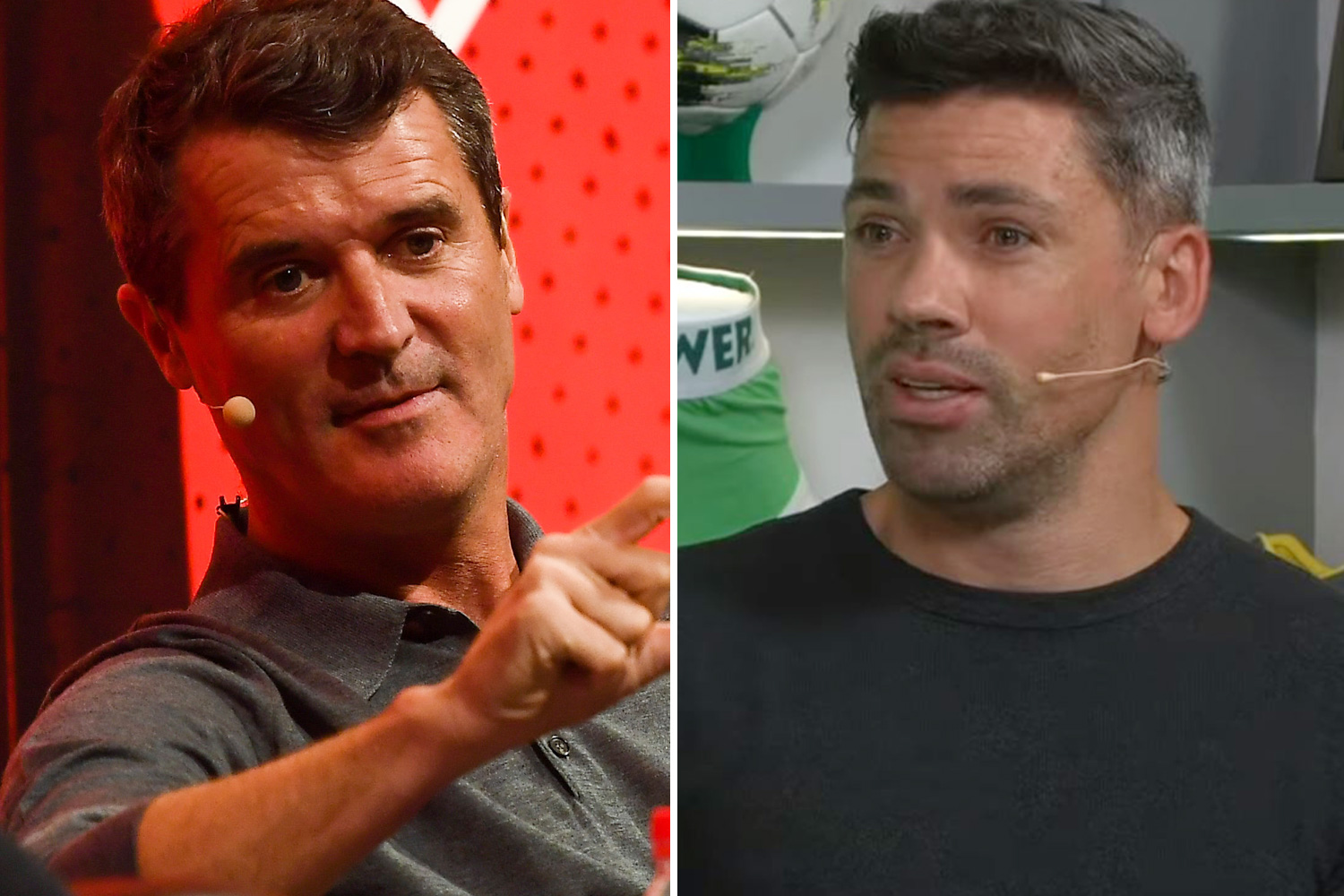 Now Walters has had his say on the situation – having already posted a picture of himself wearing boxing gloves on Twitter, captioned: "Insert face here."

Walters courageously opened up in March 2018 about the passing of his mother when he was just 11.

The Irish ace, 35, lost his brother James last year, before his wife suffered a miscarriage while organising the funeral and his daughter was diagnosed with spinal condition scoliosis.

As he spoke about a Whatsapp storm involving Ireland players ranting about him, former national assistant boss Keane said: "Jon does a lot of talking, it’s amazing.

"Imagine if Jon won a trophy. He talks a good game. He goes on the TV, on about how he was harshly treated by me.

"Not kicking a ball for Burnley for two or three years.

"On TV, crying about his family situation. You know, how about lying low for a while, taking it easy.

"Have a look at his medals? Wouldn’t take long."

But Walters has retaliated to the "bully", telling JOE: "The football side of it I can take, his medals and all of that, it really doesn't bother me.

"He doesn't get to me one bit and that is what bothers him the most, that I snub him. That might get to him, I don't know.

"The other stuff is a bit close to the bone. What he went into, the crying on TV, that is something that I never expected.

"To go there, whether he meant it or not – he probably did – it didn't bother me, but it just shows a side of him that I know.

"There are other things he said I can take it, but don't lie. I don't claim to be a tough guy, I stand up to bullies."

And Walters incredibly revealed he believes Keane's hard-man act is just that… an act.

The ex-Burnley and Stoke forward added: "I don't know why people pay attention, why they get worried.

"Yes, he was an unbelievable player, he was known as a hard man on the pitch or a tough guy.

"Just because someone has a sharp tongue or a stare doesn't make them a tough guy.

"My brother-in-law was a marine commando, went to war. He's a tough guy.

"I was never scared of [Keane] as a player."