RAFAEL NADAL is on the march once again – and had the Jonas Brothers singing his praises.

Nick and Joe were at Flushing Meadows to watch the Spanish superstar move into yet another Grand Slam final – the 27th of his astonishing career and a third in 2019 – after eventually dispatching powerful Italian Matteo Berrettini 7-6 6-4 6-1. 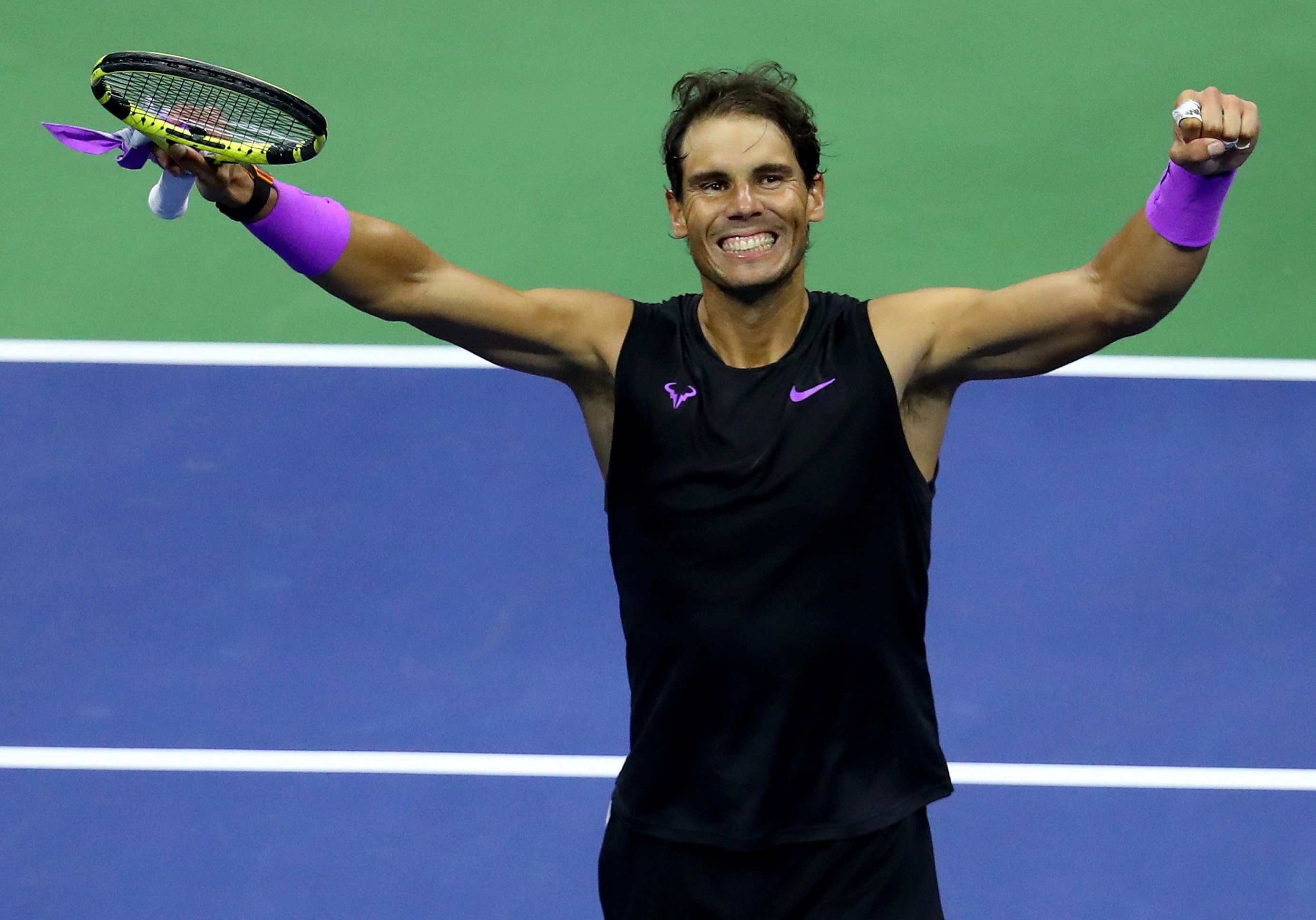 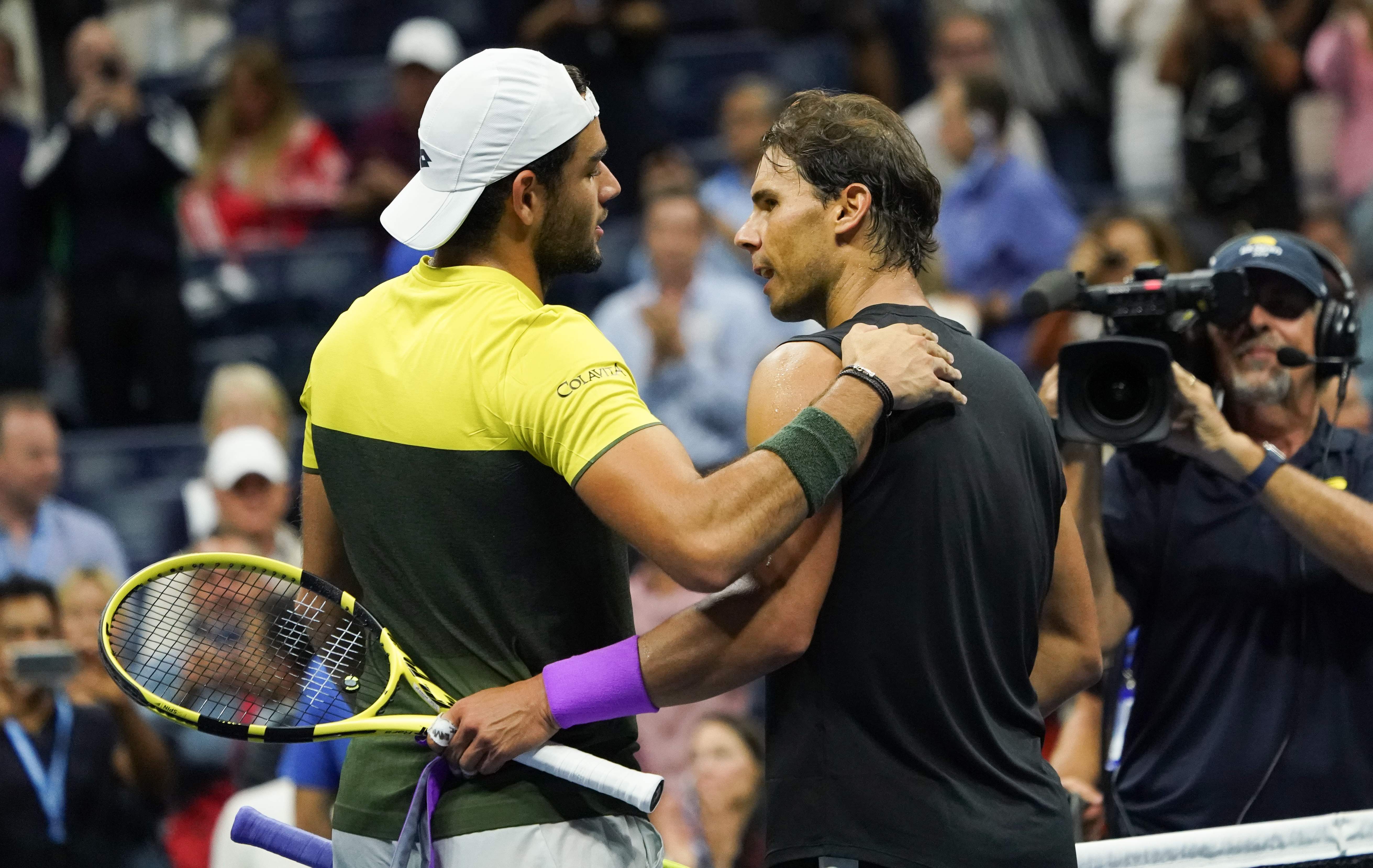 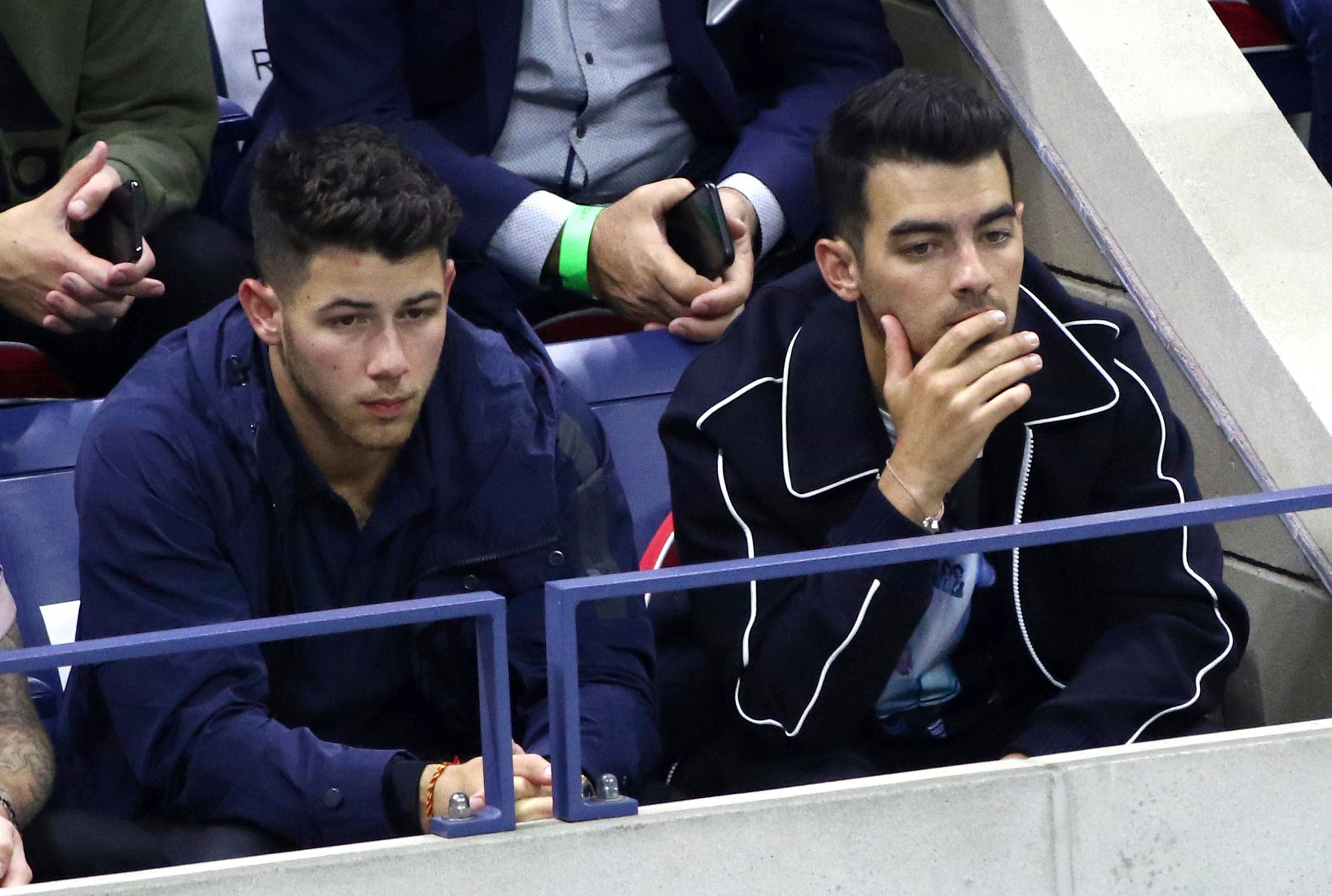 Standing in the way of the world No2’s 19th major title is Russian Daniil Medvedev who comprehensively saw off Grigor Dimitrov to reach his first major final.

Berrettini, however, will be kicking himself for months – if not years – after letting the man from Mallorca off the hook.

A nip-and-tuck, rollercoaster first set under the Arthur Ashe Stadium roof thanks to some foul Big Apple weather ended up in a tie-break with the Italian, and his monster forehand, on fire.

Two set points quickly presented themselves to the 23-year-old. But the pressure soon became all too much.

An awful drop shot attempt summed up his mental state as Nadal, thanks to years of being under the pump on the biggest stage of them all, refused to blink.

No sooner had Berrettini’s moment arrived, it was quickly disappearing down the plug hole.

The first Italian since Corrado Barazzutti in 1977 to reach the last four at Flushing Meadows gave his all but by the end was running on fumes.

Medvedev is one of the most solid players on the tour. He is making steps forward every week and has had an amazing summer. He will be the toughest opponent so I need to be playing my best.

The three-time US Open champ knows Medvedev poses a real threat and said: "He is one of the most solid players on the tour. He is making steps forward every week and has had an amazing summer.

"He will be the toughest opponent so I need to be playing my best. I am super happy to be back in the final of the US Open.

"I just tried to stay focused on the next point in the tie-break. If you are able to keep winning the next two points, the pressure stays on his side. Sometimes it works and sometimes not. Today I was lucky to win that first set."

Nadal is, obviously, the overwhelming favourite for Sunday's final but the sight of lanky Medvedev’s awkward but combative style will be a shot in the arm for the young guns aiming to infiltrate the domination of the veteran big three.

NEXT GEN STEP UP?

Boris Becker moaned recently that the so-called ‘Next Gen’ players have failed to make their mark.

Indeed, Austrian ace Dominic Thiem is the only player currently under 30 to have won a set in a Grand Slam final.

So now the world No5 from Moscow has the golden chance to add himself to that list and prove Becker wrong.

Coming into the US Open, Medvedev’s major record was ordinary – his best performance came at this year’s Australian Open where he reached the fourth round.

But spurred on by becoming the man the New York boo-boys love to hate, the fifth seed has been inspired to produce the best tennis of his career.

He arrived in the Big Apple off the back of reaching the finals in Washington DC, Montreal and Cincinnati where he landed the title.

Now the Russian, who beat Roger Federer's conqueror Dimitrov 7-6 6-4 6-3, is one win away from the biggest moment of his life.

It’s been a crazy ride for Medvedev who sucked up the late-night boos earlier in the tournament after angering the home fans in a stormy match against Feliciano Lopez by appearing to snatch a towel from a ball-boy before flicking a one fingered salute at the umpire.

Yet, away from the tennis pantomime antics, this kid is a serious player with a chance of landing his first major tomorrow night.

He said: "I never knew when I was making my way to the USA that this would happen – so I love the USA.

"It has been a crazy run – second and third round I would get cramps, then the next round I had the thing with the crowd. Then I beat Stan Wawrinka, a three-time Slam champ, and now this."

His only previous meeting with Nadal came last month when they faced off in the Montreal final.

Nadal – who also bagged the French Open this year – triumphed 6-4 6-0 in Canada last month but this, hopefully, should be closer.

The Russian, though, doesn’t lack self belief – even if the Spanish matador standing at the other end of the court is an 18-time Grand Slam-winning machine. 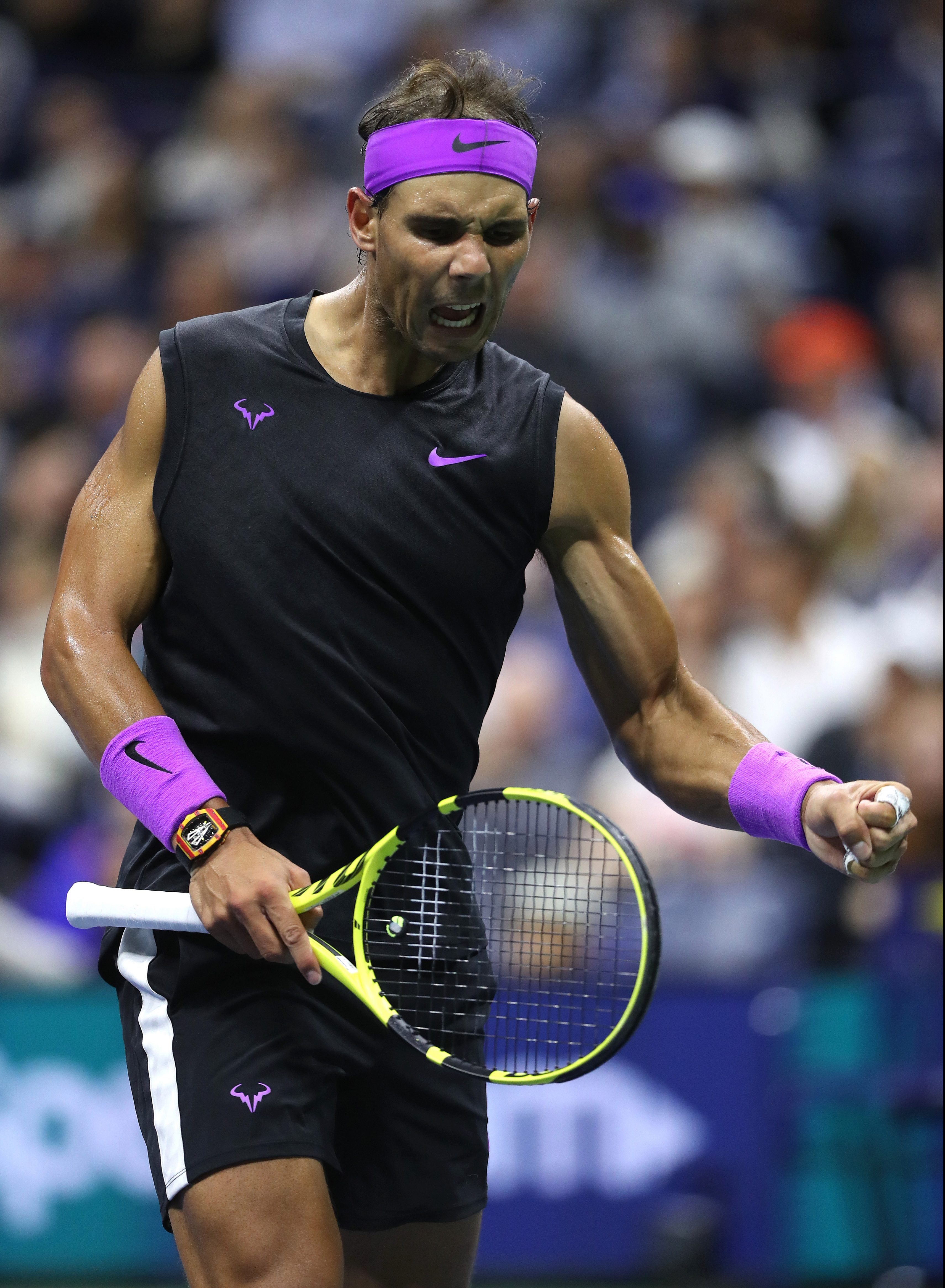 Dimitrov clearly peaked in the previous round when he unceremoniously sent Federer packing. He didn’t play badly here – far from it.

Medvedev, however, was just too solid, too consistent and his defence far too resolute for the Bulgarian who sloped off court at the end of two hours and 38 minutes looking totally dejected.

So it’s Medvedev, the form player of 2019 – no-one has won more matches (50) this season – against one of the all-time greats who's closing in on Federer’s record tally of 20 Slams. 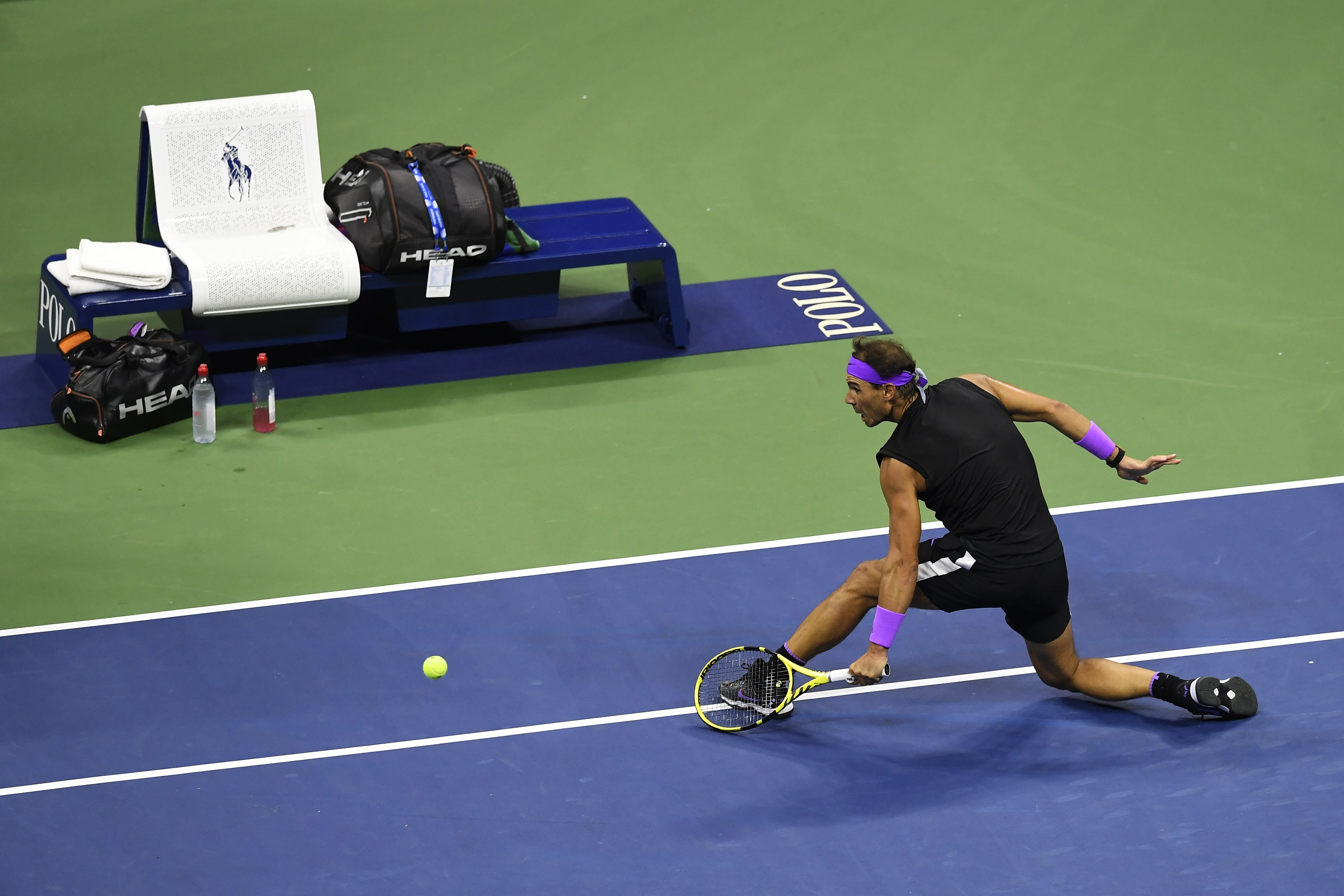 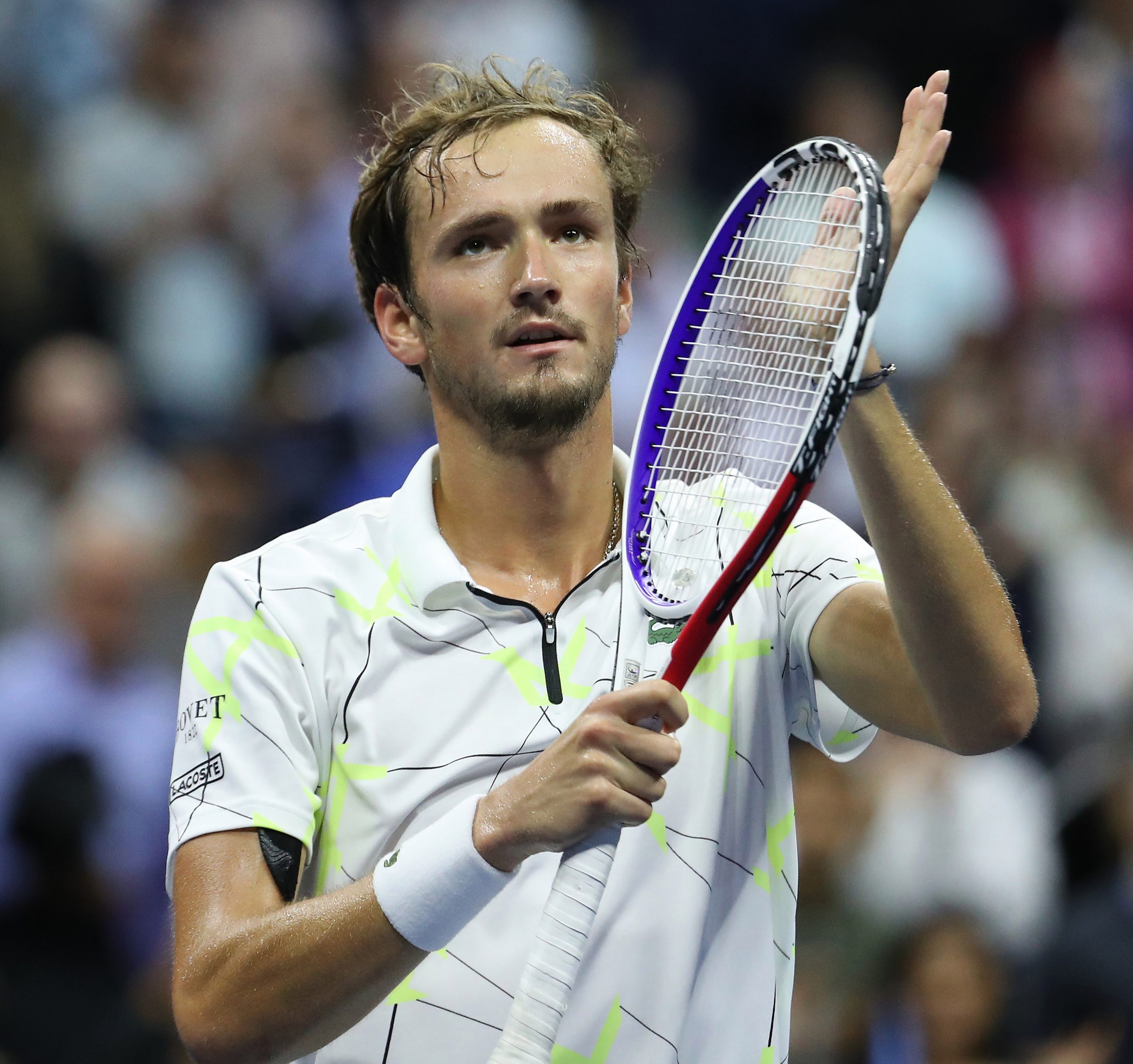