England will make at least three changes to their squad ahead of their Six Nations clash with France at Twickenham after Ellis Genge and Harry Williams were dropped. 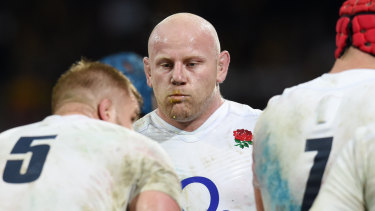 The replacement props completed cameo appearances in the final quarter of Sunday’s 32-20 victory over Ireland but have been excluded from the 25-man squad retained to step up preparations for the round two fixture.

Genge’s place at loosehead has been taken by Ben Moon, who excelled during the autumn, while Williams has lost out to veteran tighthead Dan Cole.

Moon and Cole are known for their expertise at the scrum, which will be fully tested by France’s heavyweight tight five to potentially explain their recall by Eddie Jones.

If he makes an appearance on the pitch, Cole will be winning his first cap since being dropped after last year’s Six Nations.

Maro Itoje’s knee injury means England must make one enforced change in the second row and a new option in the back five mix is Brad Shields, who has recovered from a side strain to take Itoje’s spot in the 25. Potentially making his Six Nations debut will be giant Bath wing Joe Cokanasiga, who has displaced Mike Brown in the final cut before Jones names his starting XV today. Also missing is Ben Te’o with the Worcester centre losing out to Manu Tuilagi.

England have yet to set a date for Dylan Hartley’s return from his knee injury despite the Northampton hooker reporting to the squad’s Surrey base to continue his rehabilitation. Hartley has not played since December 21 and the co-captain was pencilled in for a return in the round-three match against Wales at the earliest.

Jones suggested he might need an operation to repair what Northampton boss Chris Boyd described as a ‘‘grumbly’’ knee and while surgery has so far been avoided, assistant coach John Mitchell declined to provide a schedule for his comeback.

‘‘It’s a team effort, it’s not just myself. It’s owned by the players and is led by them,’’ said Mitchell, who has enjoyed a successful start to his second spell as part of England’s management team.

‘‘We acknowledge that it was a good defensive performance and was one that we enjoyed.

‘‘But you know that there’s always someone who is trying to find a way to exploit your defensive system and find a way to attack it. We’re very mindful of that.’’