JORDAN NOBBS has been ruled out of action for Arsenal’s last two matches this term after sustaining an injury.

The Gunners midfield ace suffered a knee problem, during her side’s defeat of Aston Villa. 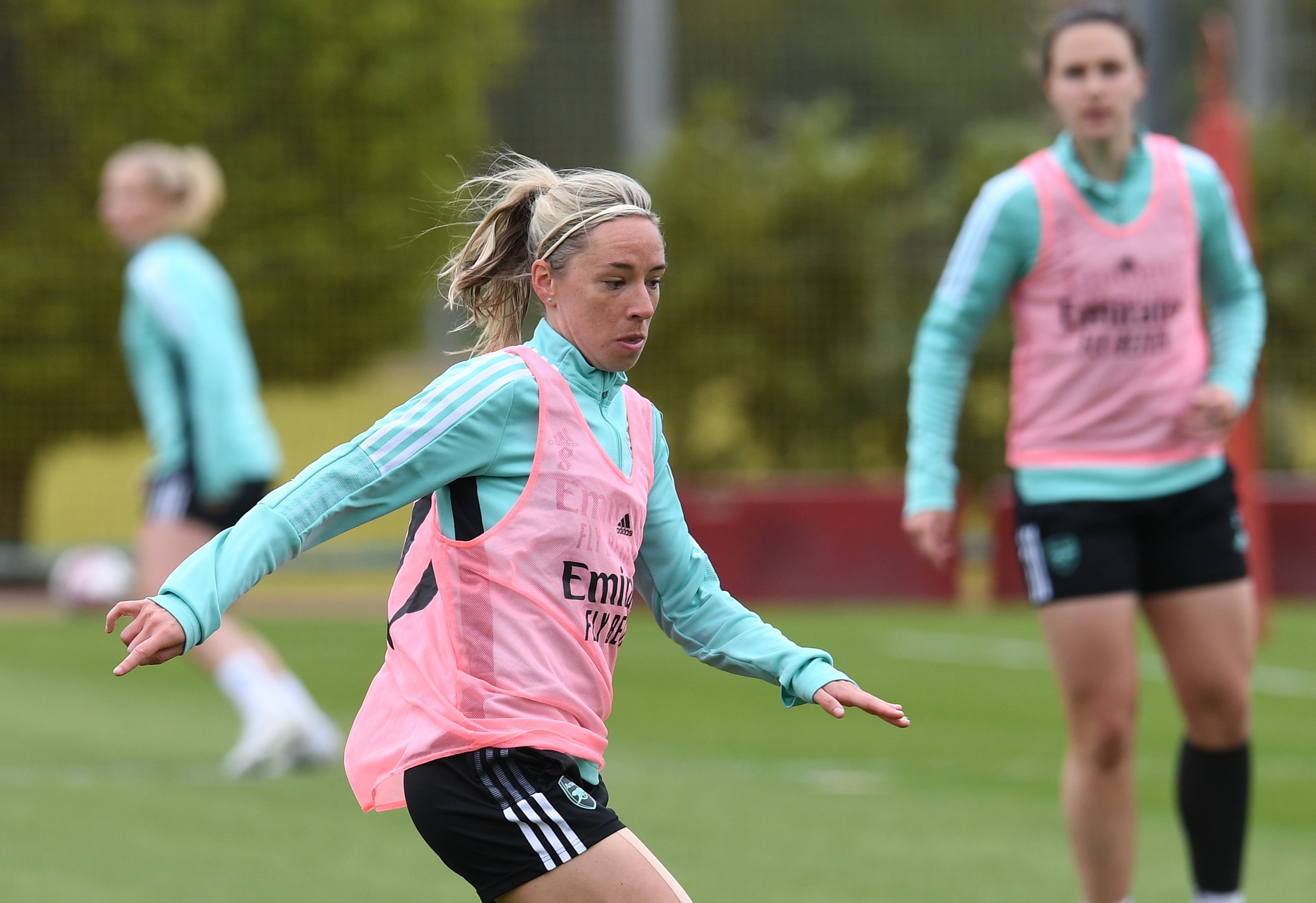 Nobbs, 29, whose team face Tottenham next, is undergoing an assessment to ascertain the extent of her injury.

And Lionesses fans will be hoping the player will be fit for the Euros after she missed the 2019 World Cup in France due to a ligament rupture.

Club boss Jonas Eidevall, 39, said: “Initially we have scanned it and unfortunately, she is going to miss the rest of the season with Arsenal.

“But it is an injury with an ongoing assessment during the week. We will know more after they have looked at it. 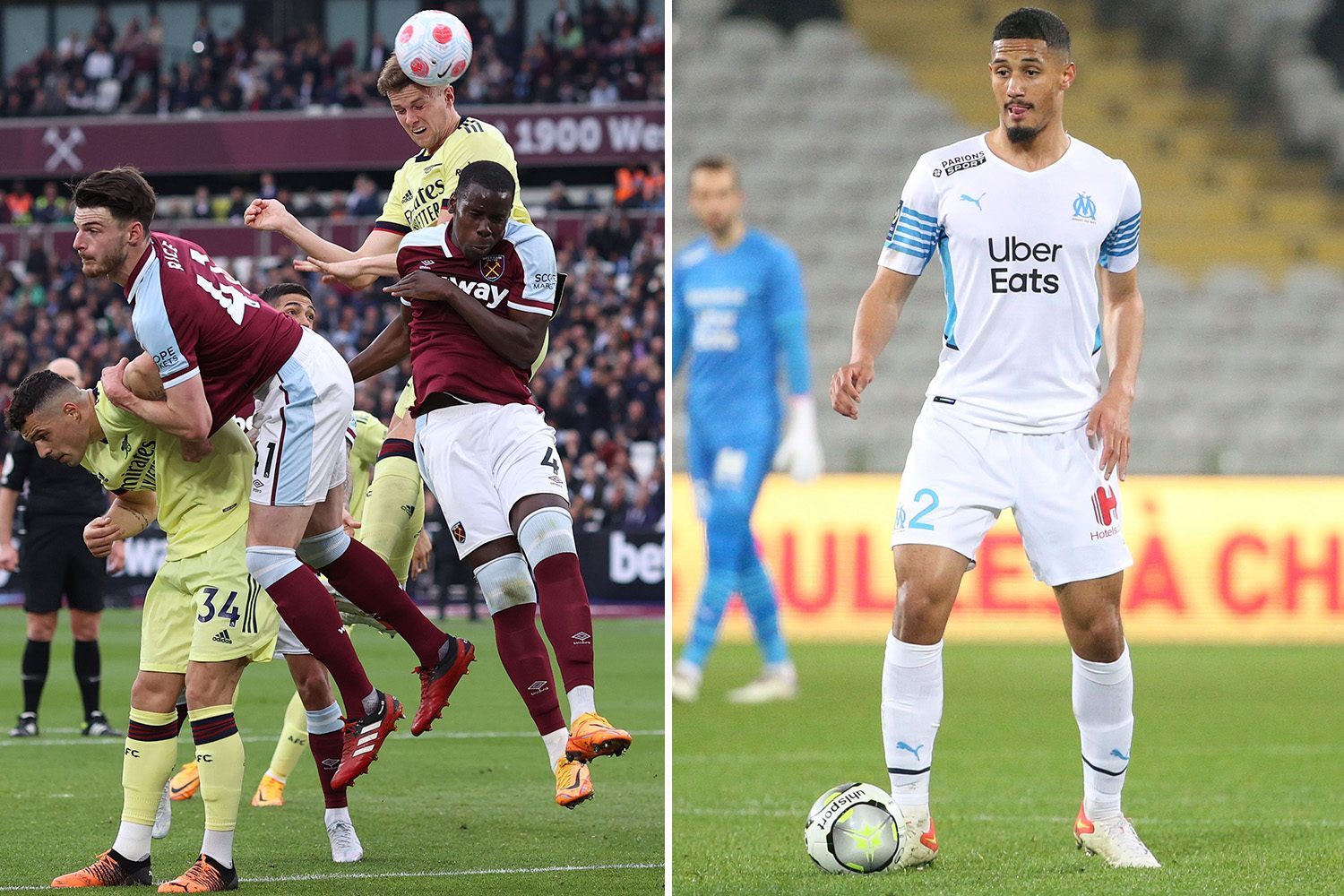 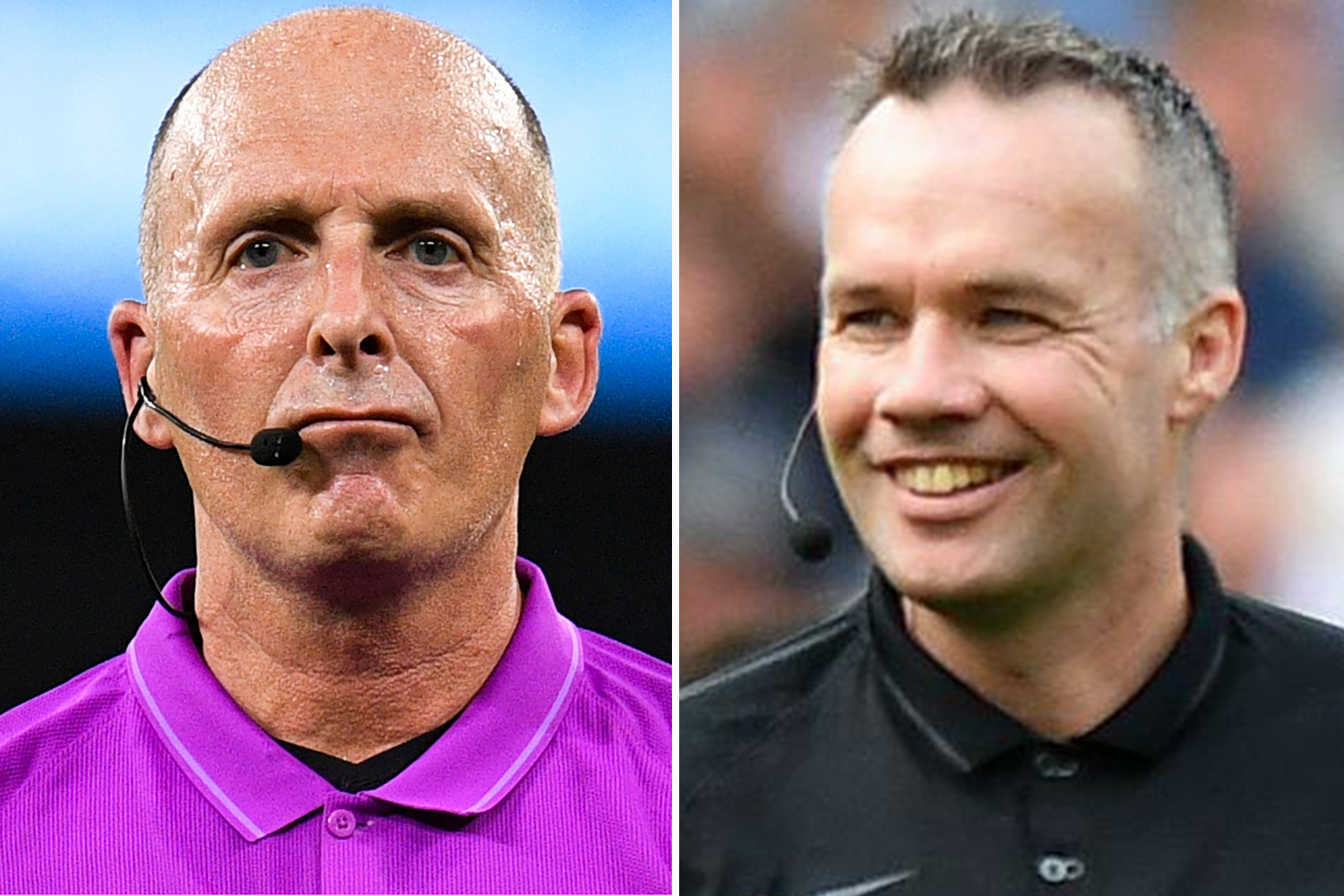 "We have to wait and see, but it is so frustrating for us, most of all for Jordan not being able to participate at the end of the season.

"We can just hope that it is as good as possible."

Arsenal will take on Spurs in the third duel between the sides this term with their clash taking place at the Emirates on Wednesday evening.

The fixture was shifted from March to May following Covid-19 cases in Tottenham’s camp.

POWER TO THE MAX

And Eidevall says his side will not be looking beyond the derby just yet with the team needing a win to keep their title hopes alive.

The Arsenal boss added: “It is a massive game for us, going to the Emirates, it’s a north London derby.

“Let’s focus on that, if we don’t win then it’s all over and Sunday doesn’t matter.

“We need to do something tomorrow. I always say ‘it’s a derby so it is filled with emotions’.

“It is two very different teams. Both have been performing well in the season. 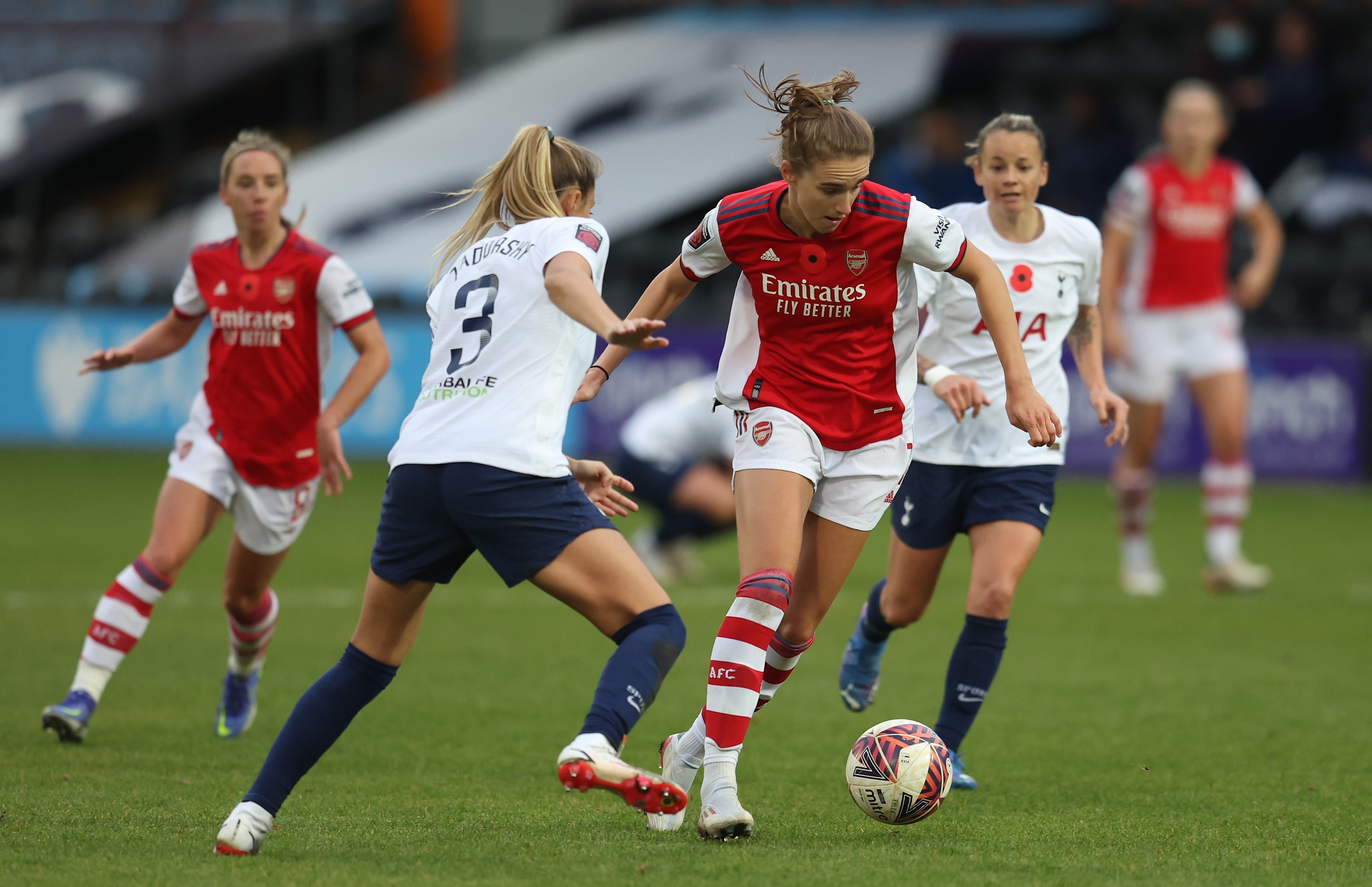 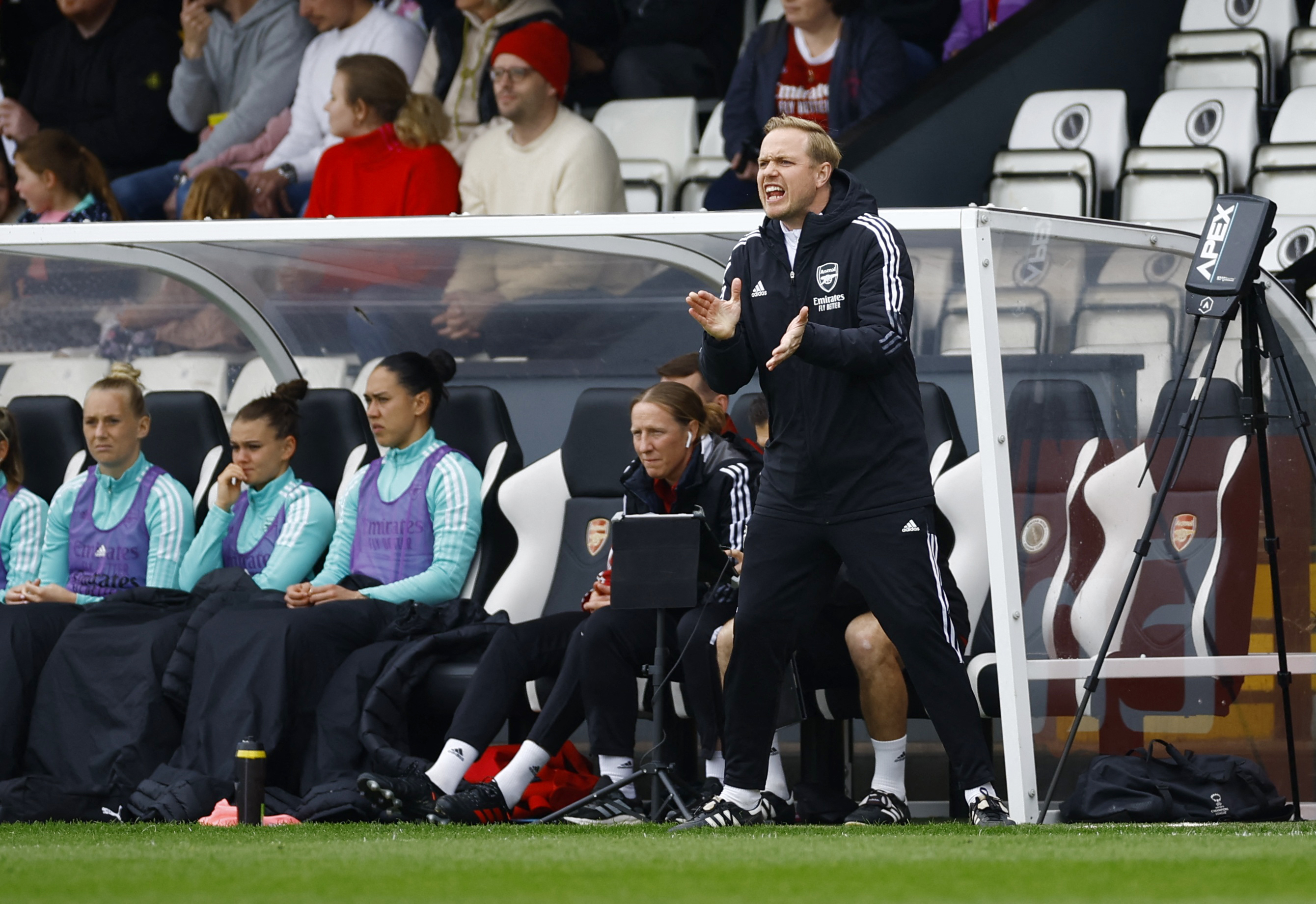 “For me, that is unrealistic thinking about Sunday now.

“It is Tottenham, and I am so excited to go to the Emirates and play them. First, we take that on and then we’ll think about West Ham.”

A victory for the Gunners will see the title battle go to the final day of the WSL term this Sunday.

Arsenal will then require an end-of-season win away at West Ham combined with a Manchester United defeat of Chelsea to claim their first league crown under Eidevall.

Arsenal’s clash with Spurs at the home of their Premier League counterparts will be their first at the 60,260-capacity stadium.

The last derby duel between the sides at a Prem ground was at Tottenham Hotspur Stadium in November 2019.

And that game set a new attendance record for a WSL fixture with 38,262 fans turning out.

And Eidevall hopes to see his side pull in a big crowd with his aces playing at the Emirates for the fourth time this term.

The Gunners chief added: “In order to grow the game we need to grow the audience. We all wish to have a sold-out Emirates.

Piers savages ‘money-grabbing’ Meghan in rant about her Netflix axe

"We're not there yet, but the only way to get there is to keep pushing and having strong displays as we've had against Everton and Aston Villa.

“Hopefully we can have a really strong performance and this leads to even more fans returning to Emirates next season.”