Josh Warrington is back in the ring this weekend

Josh Warrington has revealed that a conversation with Anthony Joshua helped him emerge from a spell in the doldrums caused by the only defeat of his career.

Warrington will look to avenge his surprise loss to Mauricio Lara in February when he faces the unheralded Mexican in a featherweight rematch at Emerald Headingley Stadium on Saturday.

A brutal ninth-round stoppage in the first meeting left Warrington nursing a fractured jaw, damage to his elbow and shoulder and a perforated eardrum, but once those injuries healed he faced a new battle in his own mind.

With the help of Joshua, who lost his heavyweight titles to Andy Ruiz in 2019 before winning them back six months later, the 30-year-old from Leeds was able to regain perspective.

“Time’s a healer. If you’ve got a worldie of a girl and she leaves you, you’re devastated and you think your world has come crashing down,” Warrington said.

“But eventually you go out and find another girl and she’s the love of your life. For the first six or seven weeks, I was dealing with injuries and that covered up all the thoughts of losing.

“I didn’t really leave the house because I was kind of embarrassed and I didn’t want to bump into folk and them ask me, ‘what happened Josh?’

“I was driving back from Manchester that night on the M62 and I broke down after that, probably the lowest I’ve ever been.

“For about two weeks I had my head in my a*** and was moping around the house. I couldn’t be bothered about anything. 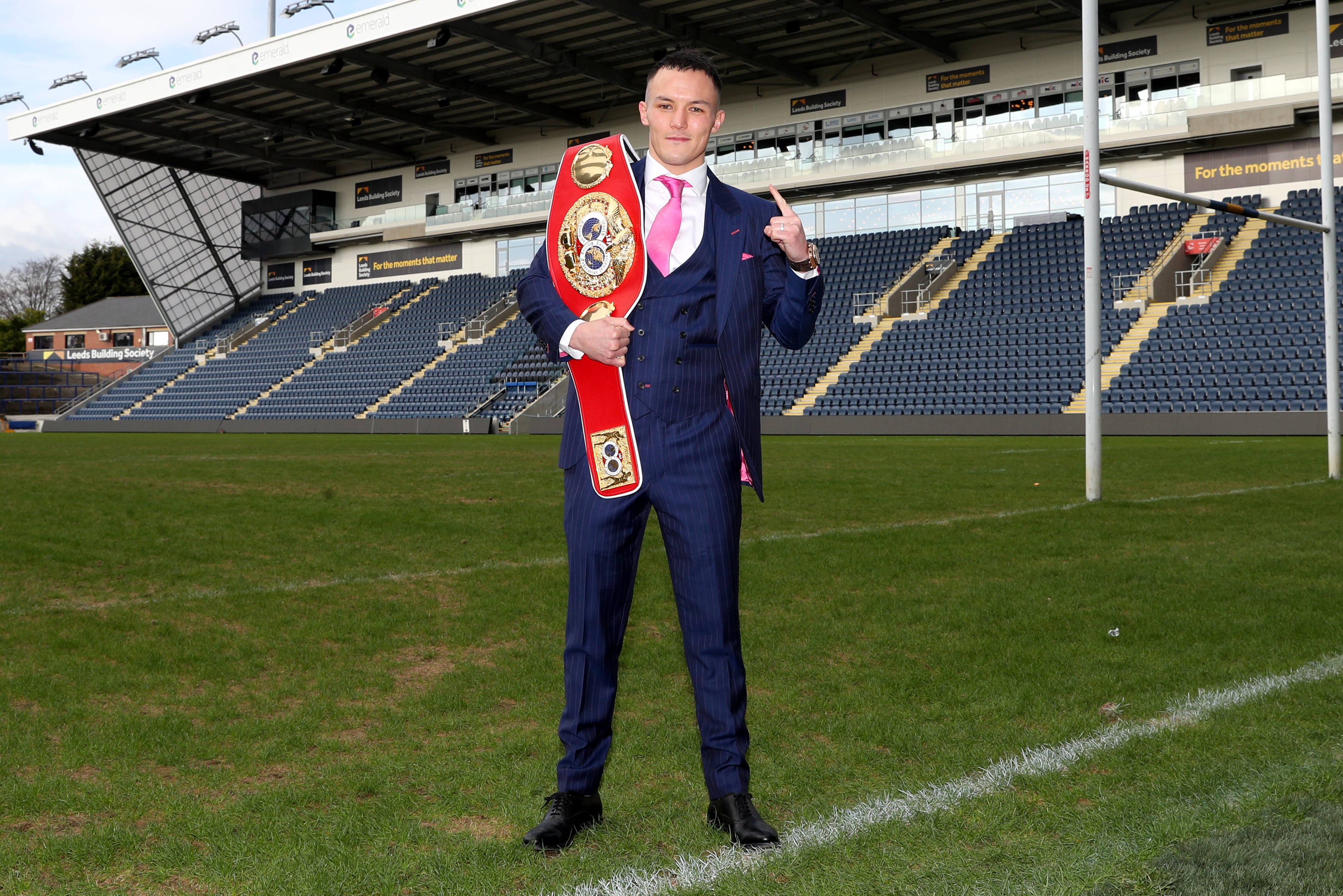 “The garden was piled up with dog s*** and I couldn’t be bothered going out and dealing with that.

“When I had a chat with AJ about three weeks after it, he said something similar. He said I would get to a stage where I would just want to get back on the horse or f*** the game off completely.

“After that week or so of moping about the house, I thought of that. I thought I can do something about this.

“I thought to myself, ‘am I just going to throw my toys out of the pram and keep sulking? No, I can do something about this.’ I just had a good word with myself.”