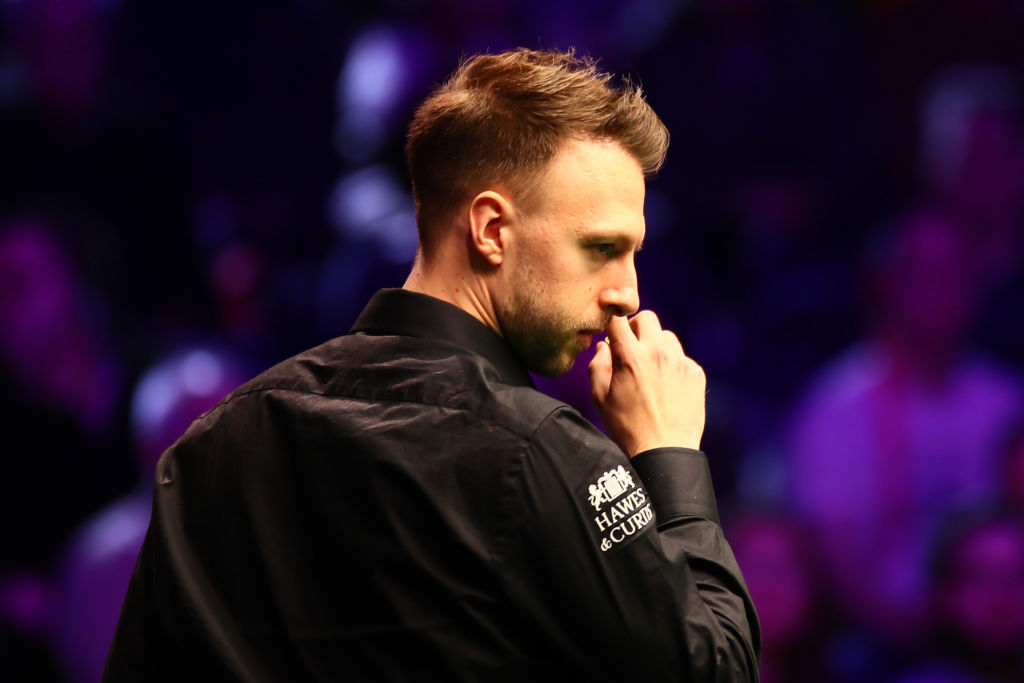 Judd Trump strolled to victory at the German Masters on Sunday night as he comfortably beat Jack Lisowski 9-2 in the final in Milton Keynes.

The score line was surprisingly one-sided, with plenty of frames being closely contested, but Trump winning all of those tight ones.

Lisowski knocked in a break of 67 in the second frame to take the score to 1-1, but then Trump won the next seven on the spin to effectivly put the final to bed.

Jackpot claimed the 10th, but Trump quelled the smallest of uprisings with the only century of the match in the 11th, knocking in 119 to win the match and claim the £80,000 top prize.

‘Today was tough really, a bit of a struggle,’ said the world number one as he retained his title. ‘Jack missed a ball in the first frame and after that was a bit uncomfortable.

‘It was a tough final, probably a little bit flattering to be 9-2, to be honest, there was a lot of close frames that could have gone either way.

‘It’s probably just the experience of being in that situation, I know how big the frames are to give that extra couple of per cent at crucial times.’

This was Trump’s fourth ranking title of the season, while Lisowski is still looking for the first of his career, with this his fifth trip to a ranking final.

The Juddernaut may have won comfortably, but he has no doubt that his good friend will lift a big trophy at some stage.

‘Jack’s improving all the time, doing the right things and sooner or later he’s going to win a big one.

‘He’s run up against me, Neil [Robertson] and Mark Selby in finals, if he keeps putting himself in that position he’ll get an easier draw or he’ll beat me.

‘I know how highly I rate him, I’ve seen him practice, seen him put the work in and it’s only a matter of time until he wins a big event.’

Lisowski was classy in defeat and felt that he lost out because he just doesn’t have the big match experience that Judd does.

‘It didn’t really happen for me today,’ said Jack. ‘I had to win the close ones and I lost a few of them and got down on myself because I knew that was my only chance. Maybe I can learn from that.

‘Judd’s so comfortable in this position and I’m trying so hard to win my first one. Every final is such a massive thing for me, whereas he’s in the final pretty much every tournament.

‘It’s tough to be on the end of. I don’t feel like I played that badly and he just trashed me 9-2, so it’s back to the drawing board, but it’s been a great week for me.’