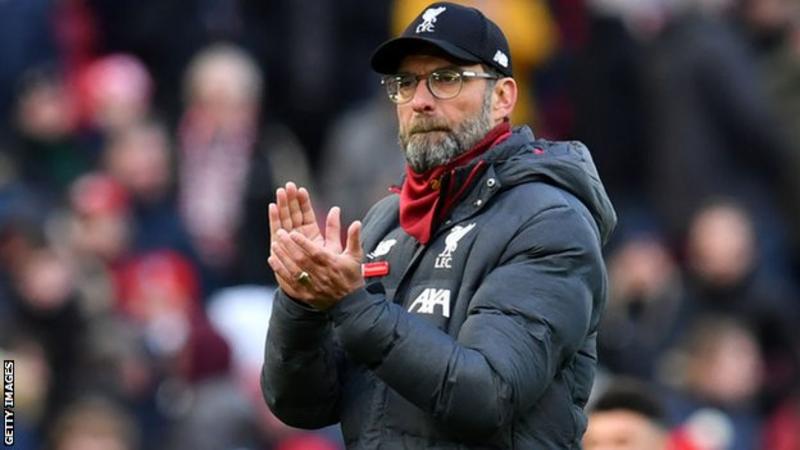 Liverpool boss Jurgen Klopp has forcibly rejected the idea that the Champions League could be expanded.

Following a 2-0 win against Watford on Saturday, the Premier League leaders will next face Aston Villa in a Carabao Cup quarter-final on Tuesday.

And less than 24 hours after that, they will play in a Club World Cup semi-final in Qatar.

“We have to cut off games not put more in. Until then we have to do what we do,” said Klopp.

Klopp will fly to Qatar with a senior 23-man squad on Sunday morning.

Meanwhile, Liverpool’s under-23s coach Neil Critchley is expected to take charge of a youthful side for Tuesday’s game at Villa Park.

Note: This article contains a word some readers may find offensive

Liverpool are among six Premier League clubs reportedly supporting plans to expand the Champions League group stage to 32 teams, a proposal which could apparently see the abolition of FA Cup replays and the removal of the second leg of the League Cup semi-final.

“Today I read the top clubs want more games in the Champions League,” said Klopp. “I am not involved in these plans. That’s absolute bollocks.”

When asked about the fixture congestion that sees his side play eight matches in four weeks in three competitions on two continents, he said: “We have to deal with it.”

Liverpool are competing in seven competitions this season and could play up to 67 games in 300 days if they go all the way in each of them – an average of a game every 4.5 days.

They have already played 27 matches in all competitions and will have played 31 before the new year. 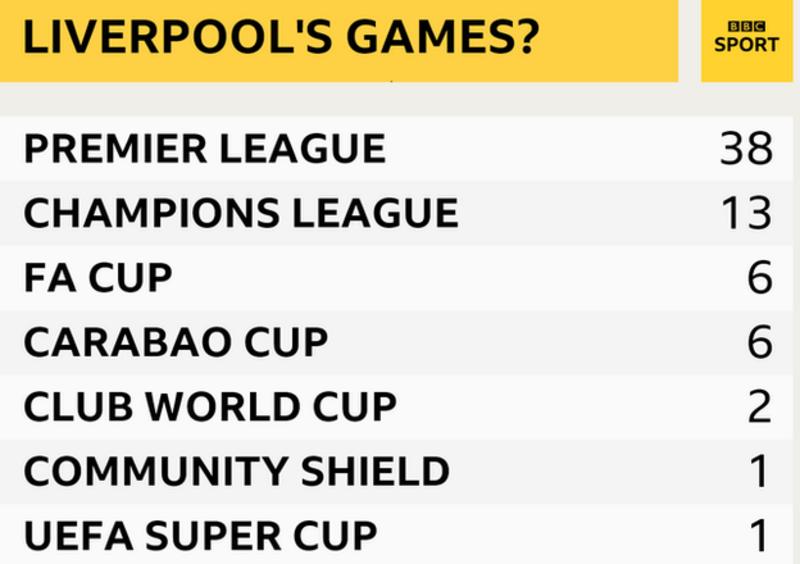 ‘Our squad is not getting bigger’

Klopp was dealt a blow on Saturday, despite his side battling to victory over bottom-of-the-table Watford, when midfielder Georginio Wijnaldum was forced off with a muscle injury after an hour.

On Friday, centre-back Dejan Lovren was also ruled out through injury, with Klopp stating the club “don’t have a timeframe” on when he will return.

Liverpool’s squad has been heavily rotated this month. Klopp made seven changes in the 3-0 win at Bournemouth and six in the previous victory against Everton.

He has also shown faith in Liverpool’s young players, placing importance on keeping the squad fresh.

He handed a debut to 18-year-old Curtis Jones last week before naming Neco Williams, 18, on the bench at Anfield on Saturday.

Williams and Jones could be one of four young players – Rhian Brewster and Harvey Elliott the others – that could fly to Qatar immediately after taking part in the EFL Cup quarter-final at Aston Villa.

“With the Gini’s [Wijnaldum] injury today and Dejan’s three or four days ago – I don’t know who was injured three days before that but for sure, somebody – our squad is not getting bigger,” Klopp said.

Heavy fixture congestion and injuries are not Klopp’s only concern – he is worried the conditions in Qatar and the organisation of the Club World Cup, a tournament the Reds have never won, will go against them.

“I think it’s raining there which doesn’t help the pitch. The one pitch we are all playing on, which is sensationally good organisation – where all the games are on one pitch and it’s raining,” he said.

“I’m not sure if people in Qatar are used to a lot of rain. We will see how the pitch will be. That’s a bit of a problem.

“But we don’t have more games. We have one game more and that is it. Until then, we will try to sort it as good as possible for us.”

Liverpool’s matches in the Club World Cup will be shown live on BBC TV, online and on the BBC iPlayer.